While lying low in Assisi, mostly hanging out in taverns trying not to draw attention to themselves, the mercenary band meet Samuele Broglio, the Elder. He is looking to hire some mercenaries for a potentially dangerous job.

“I’m looking for the rare grass that grows only along the southern edges of the forest, a grueling area, through which it is very difficult to pass. You will be very well compensated for each plant you successfully bring to me.”

The companions have a good amount of money and random elements they've looted, but are limited by their small amount of the mystical philosopher's stone, which they need in order to craft any additional gear. Therefore, they decide to take on the job in the expectation of earning some philosopher's stone, which should allow them to create some useful new items the next time they are able to visit a fine craftsman. 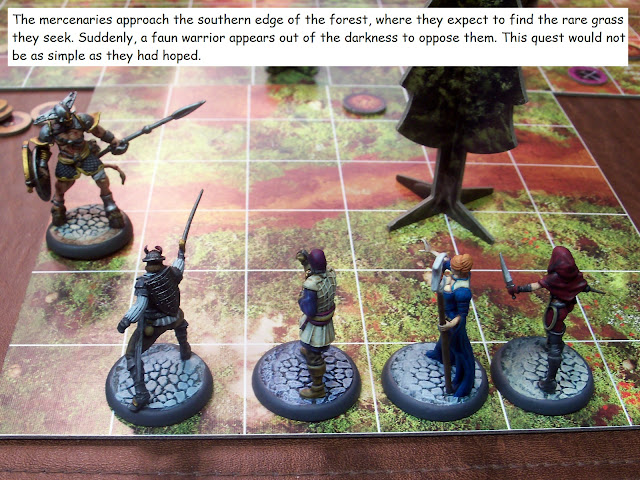 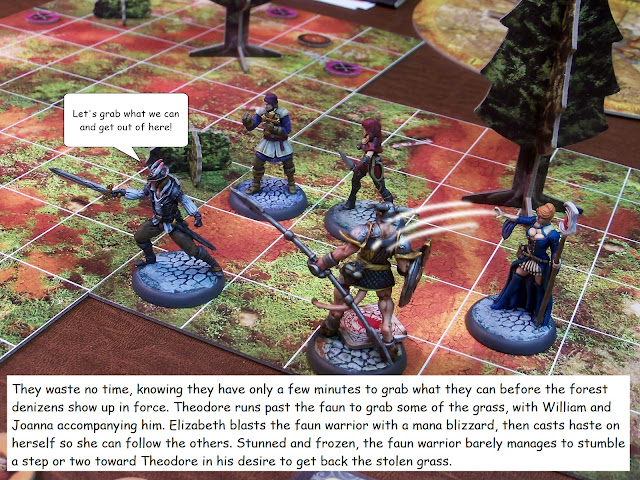 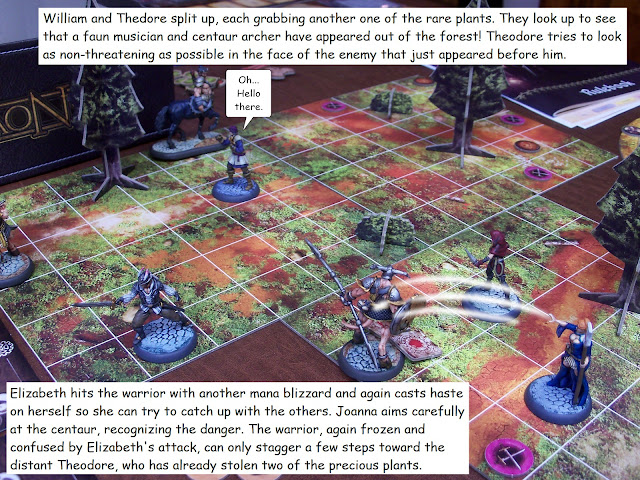 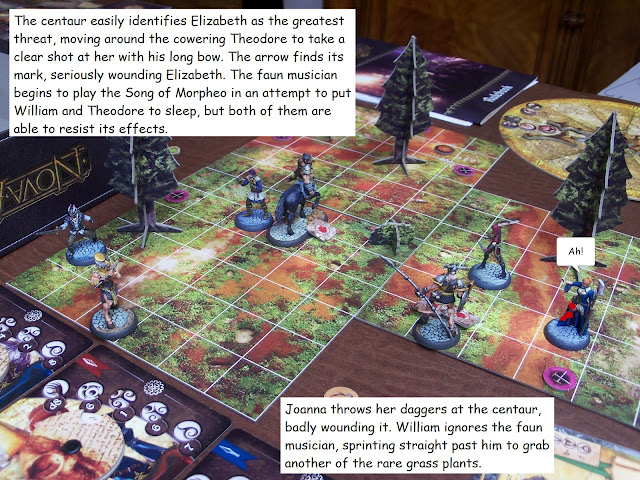 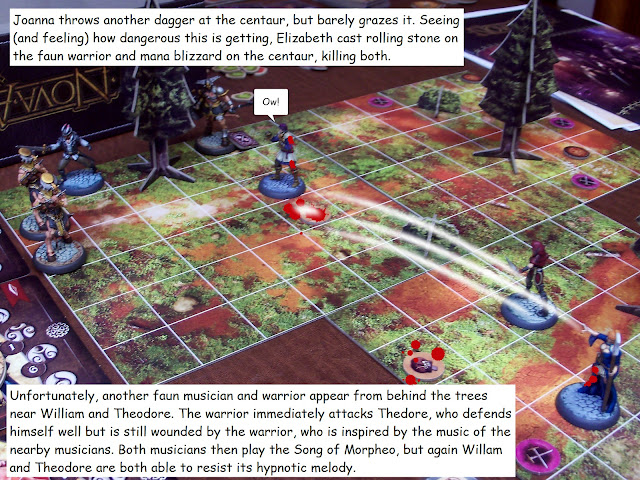 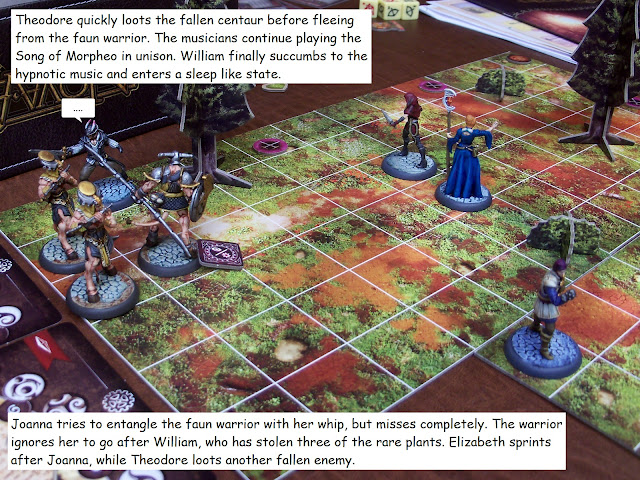 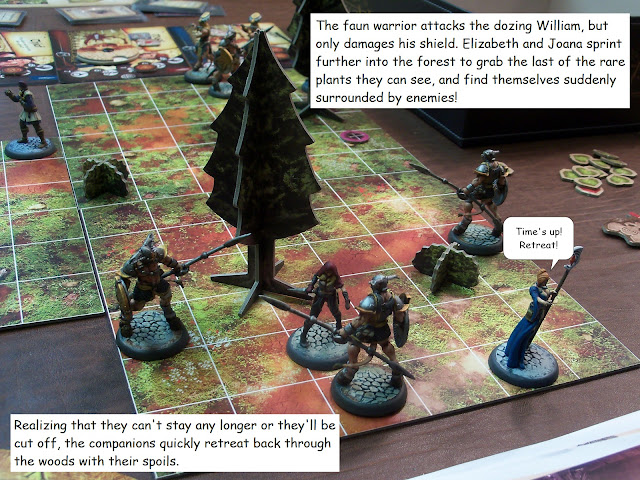 The mercenaries escape into the darkness and take the plants they have found back to Samuele Broglio the Elder. The merchant thanks the companions and pays them for their troubles... though he clearly believes they didn’t make that much of an effort. Evidently he has never faced an angry faun warrior defending its forest home...

In exchange for the 6 rare plants they looted for him, the old man pays the mercenaries 18 Popolini and 6 elements of their choice, though he only has two of the precious philosopher's stones to give them. They also come away with two other random elements which Theodore looted from fallen enemies

By this point, the mercenaries have decided on their next course of action. They want to know more about this mysterious object called "the Blood of Gaea", which their former employer Egidio was prepared the kill them over. To this end, they depart for Città di Castello to meet up with an old friend who may be able to help them.
Posted by Craig Welter at 8:00 AM