A small pack of wolves is killing the chickens and cattle of numerous breeders in the area. The wolves seem to be very organised and quite dangerous. The mayor asks for their fur, to put an end to this butchery.

The mercenary companions decide to take on the job of hunting down these wolves, hoping to acquire some parts from the wolves with which to craft some new kind of alchemical gear. They head into the woods around Bologna to track down the dangerous pack of wolves, but it turns out they are the ones being tracked. 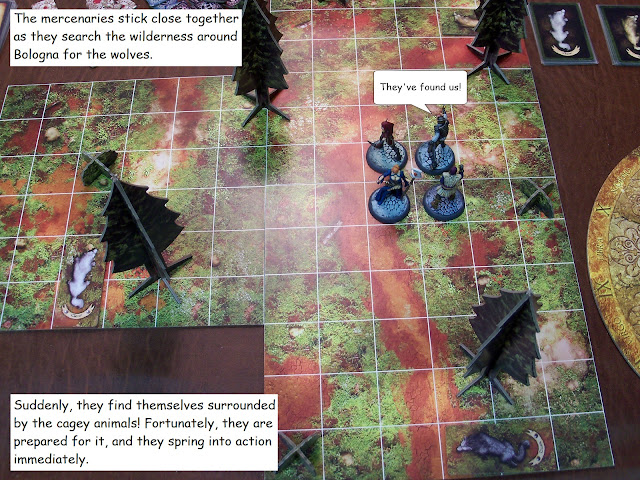 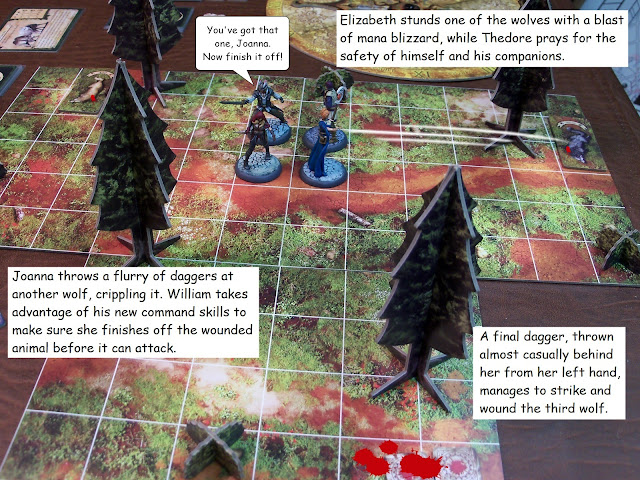 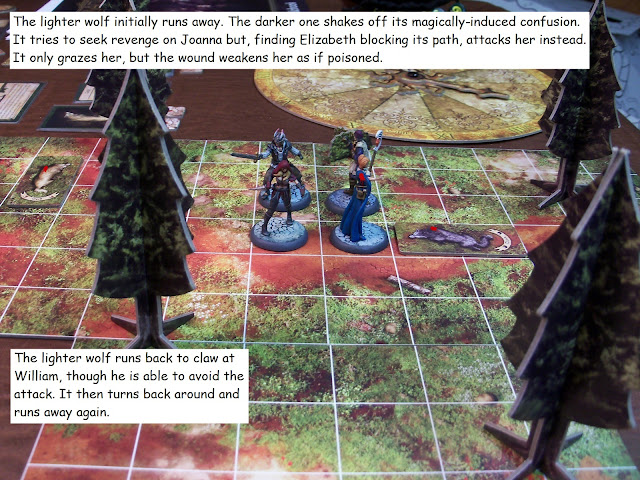 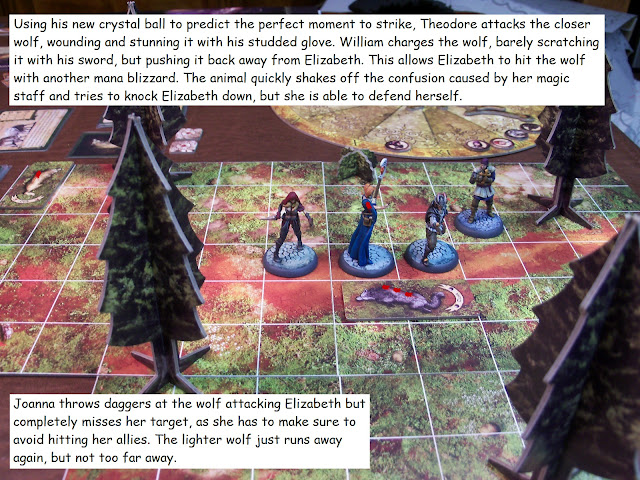 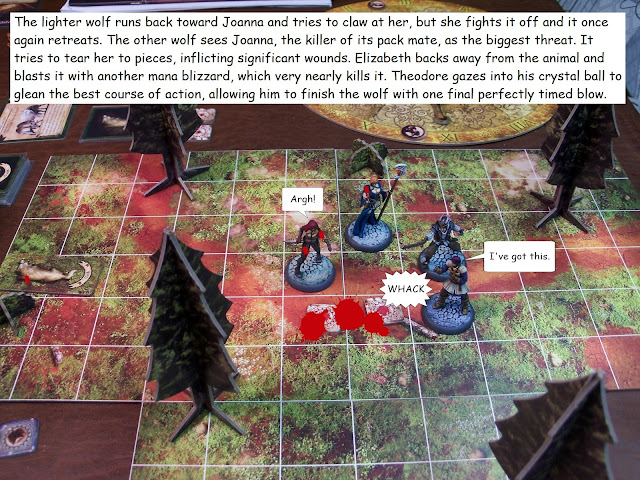 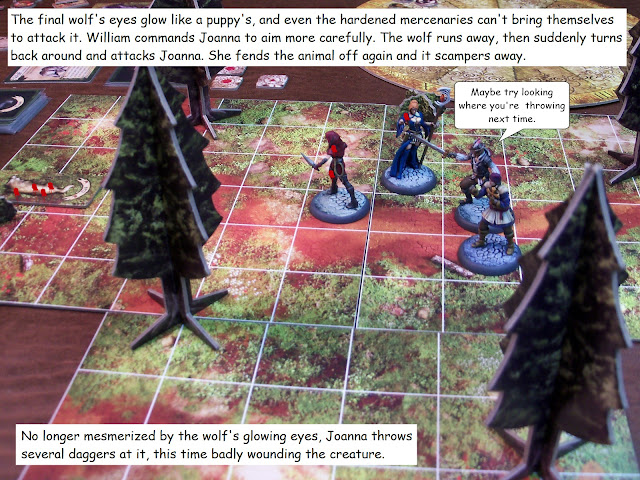 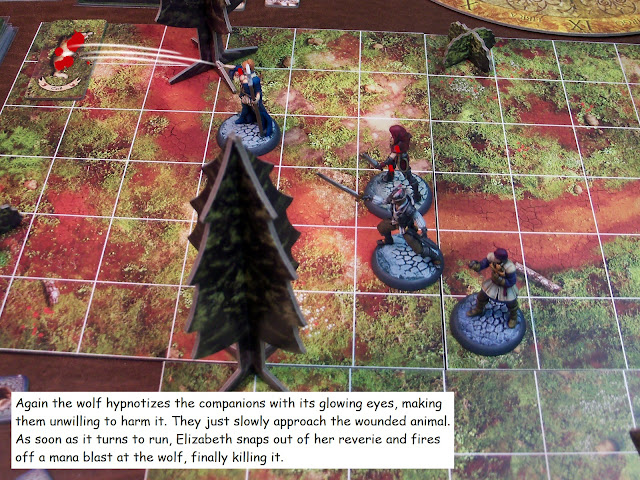 The party recovers some wolf teeth from the carcasses and are given 3 random alchemical elements (2 nightshade and 1 sulfur) as payment for ridding the area of the troublesome wolves. They return to a craftsman in Bologna. Using the wolf teeth, and many other elements the mercenaries had saved up, the craftsman creates a wolfpack spirit necklace. This magical necklace can increase the mental strength of the wearer, and also of others nearby. Elizabeth will wear the necklace, as its power will make her spell casting even more reliable.

After this, the companions decide to find out more about the situation developing between Roma and Venezia. They travel around the countryside, gathering as much information as they can. They also need take care not to be discovered by the agents of Egidio of Viterbo, or anyone else who might be trying to acquire the powerful Blood of Gaea. But these days there are spies and informants everywhere...
Posted by Craig Welter at 8:00 AM