The mercenary companions have reached the Città di Castello where they plan to meet their friend Esmeralda, a clairvoyant who may be able to enlighten them about the Blood of Gaea. As they approach the village square, the heroes notice a bustling crowd. It seems a woman is about to be sent to the stake for witchcraft! The companions are consumed by a terrible premonition as they pick up the pace... 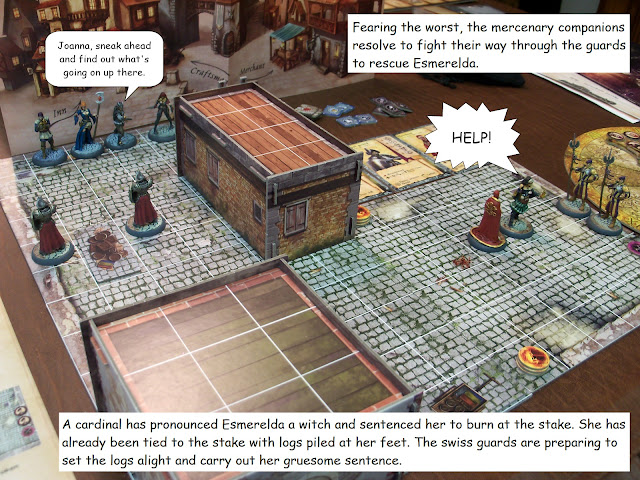 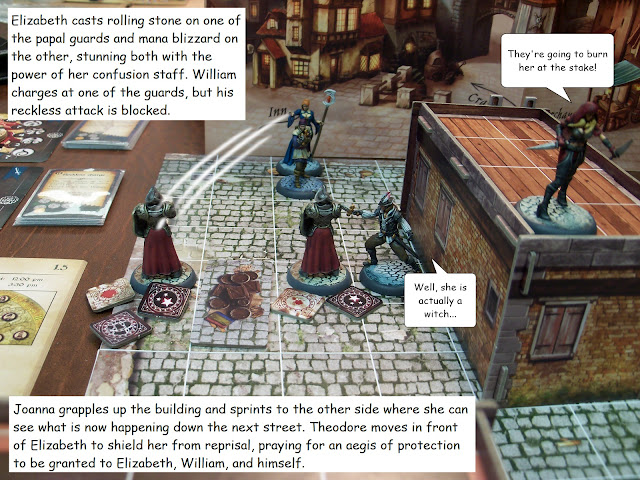 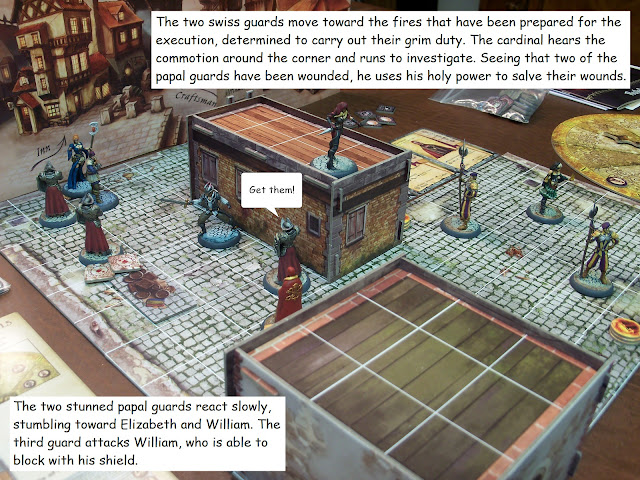 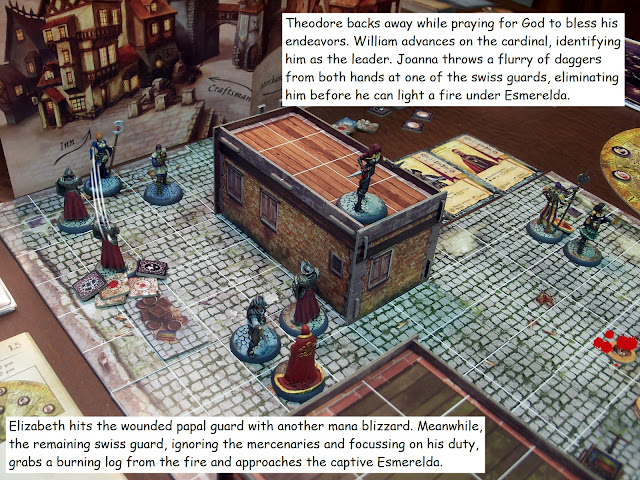 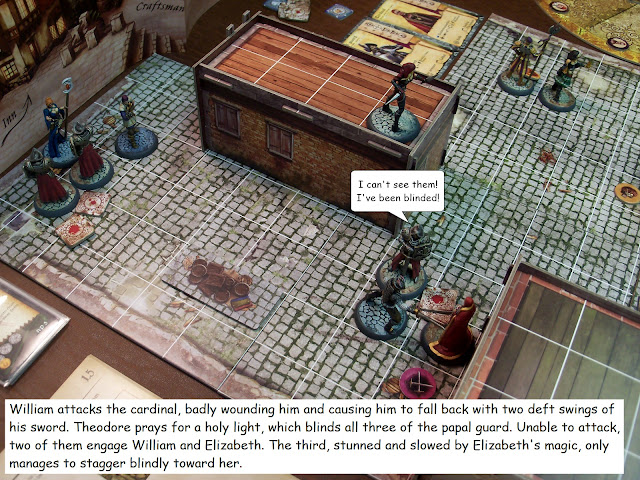 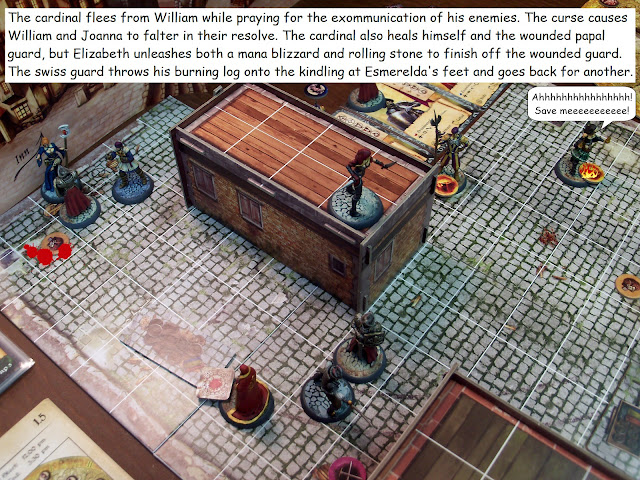 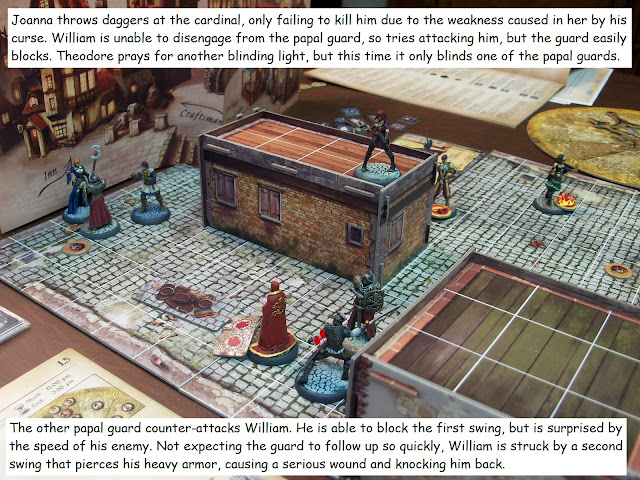 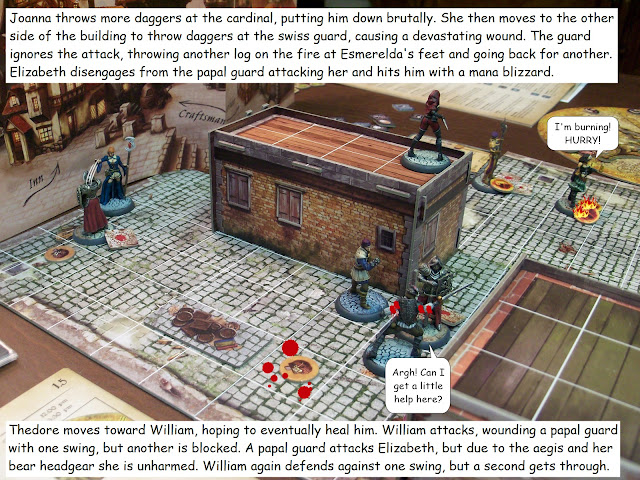 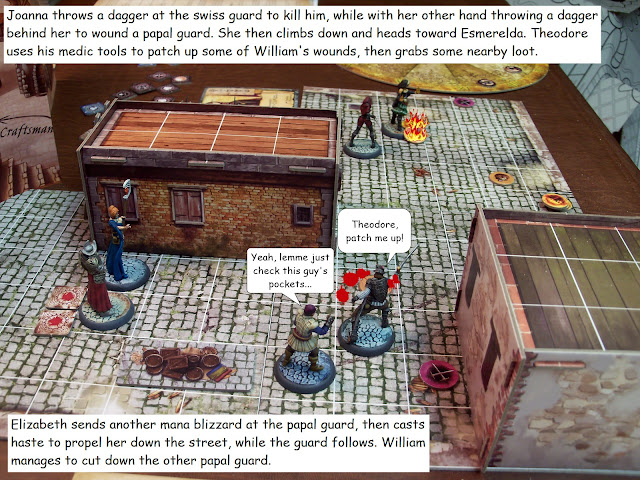 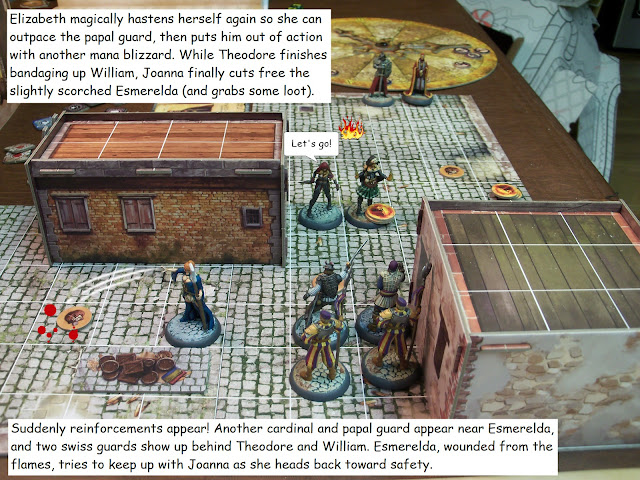 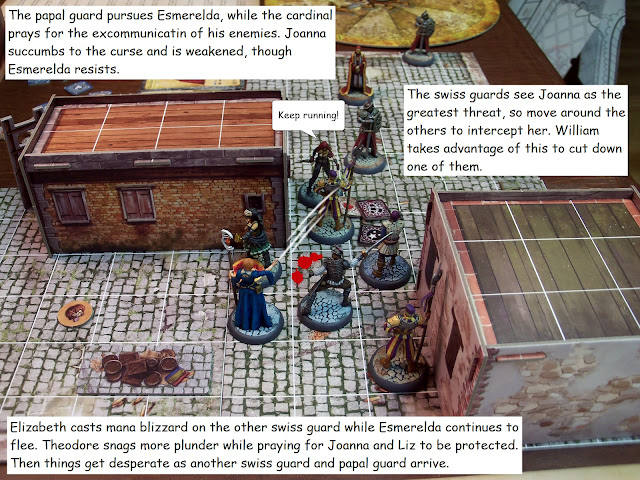 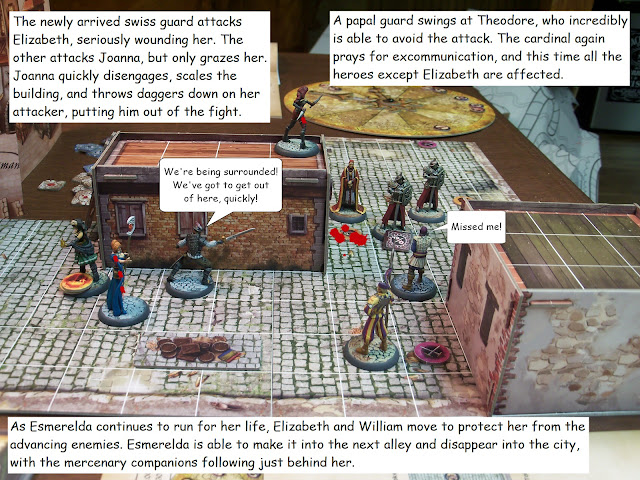 The heroes have successfully escaped together with Esmeralda. Once safe, the mercenaries reveal the Blood of Gaea to Esmeralda and she helps them to unlock its powers. Now the mercenaries are able to tap into its power to enhance their abilities, or even to cause a mild earthquake. Esmeralda also gives them some money and alchemical elements for saving her life.

The mercenaries rest for a while in Bologna. William, seeing himself as the leader of the group, pays a master to train him how to command others effectively. Theodore learns how to make toxic bombs for disabling enemies. Elizabeth learns a new spell called Burst Stone, which can hit multiple enemies at once if they are close together. Joanna practices to improve her skills at dodging incoming attacks.

The companions also visit a craftsman, whom they pay to craft their alchemical elements into magical items. They acquire lethargy daggers for Joanna, which may put an enemy struck by them to sleep, and a magic crystal ball for Theodore to use to peer into the future, allowing him to make the best use of his actions.

From local merchants the mercenaries learn of an urgent local initiative. A small pack of wolves is killing the chickens and cattle of numerous breeders in the area. The wolves seem to be very organised and quite dangerous. The mayor asks for their fur, to put an end to this butchery. The companions decide to take on the job, hoping to acquire some parts from the wolves with which to craft some new kind of alchemical gear.
Posted by Craig Welter at 8:00 AM