The heretic astartes of the Crusaders chapter have come to a human world in open rebellion against the Imperium of Man in order to aid the rebels in their uprising. The war torn world has, like many war torn worlds, attracted the attention of rampaging orks drawn by the prospect of violence presented by the conflict. The heretic astartes prepare to enact dark rituals that will call on the powers of the warp to aid the rebels. Unknown to them, a squad of Deathskull orks lead by Grukk Daggafist have been scouting out their positions, and have located a camp that has been hastily assembled by the heretics to house their captives. As the orks prepare to launch their sneak attack on the camp, a single squad of heretic astartes stands ready to defend it. 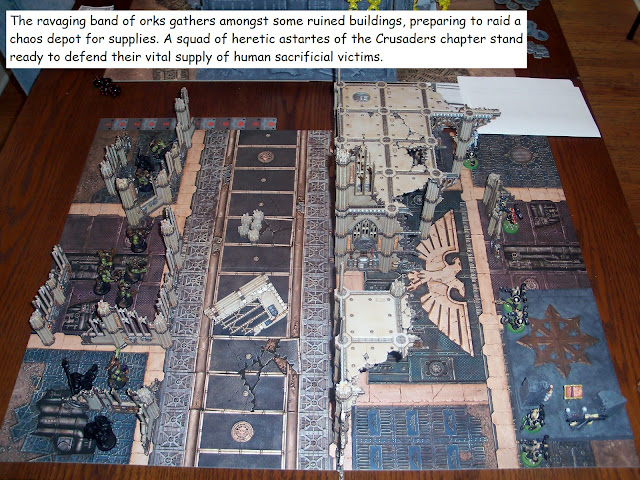 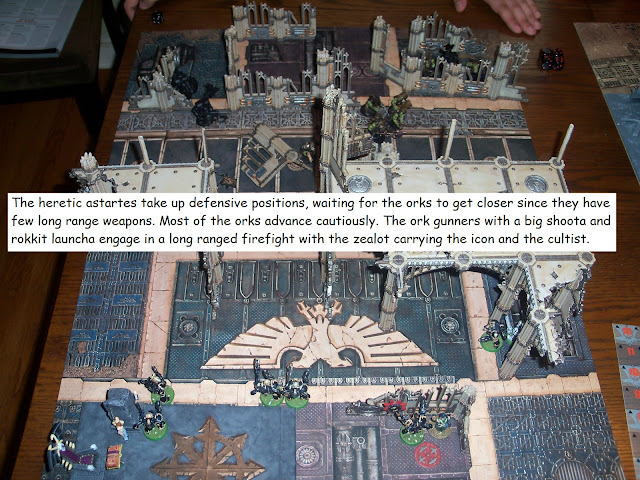 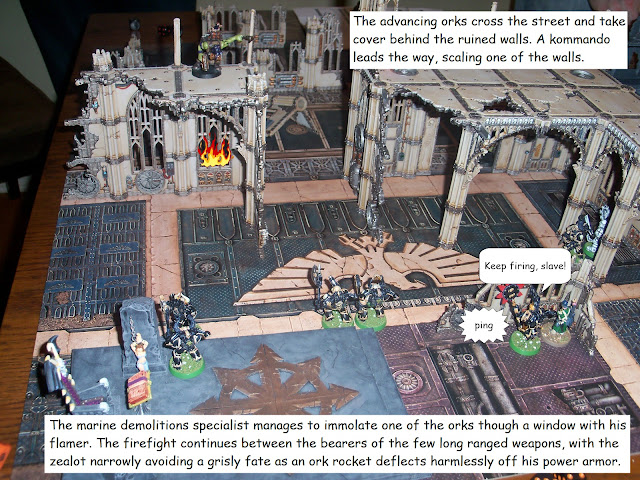 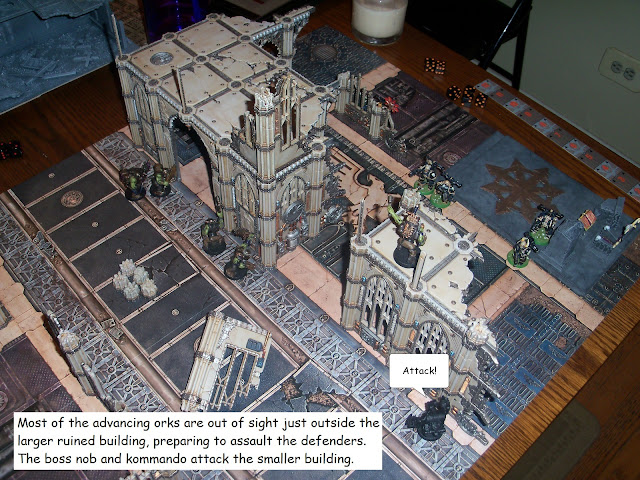 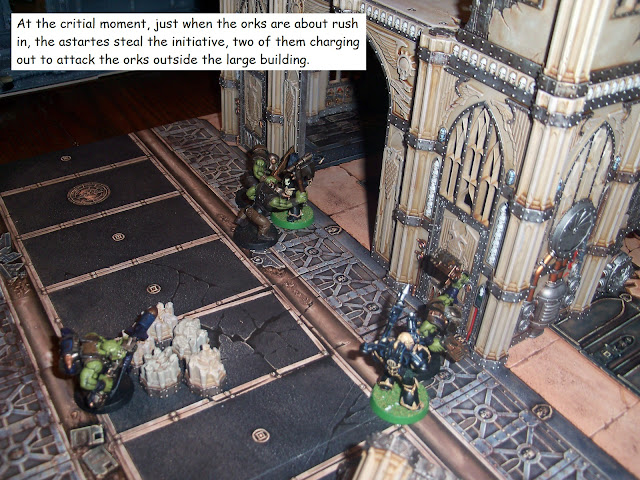 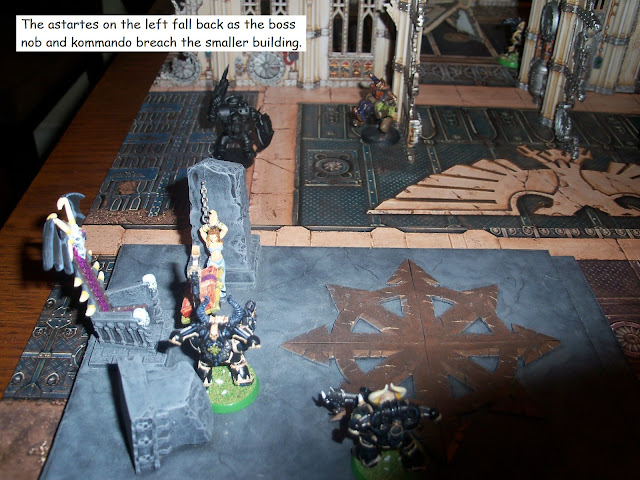 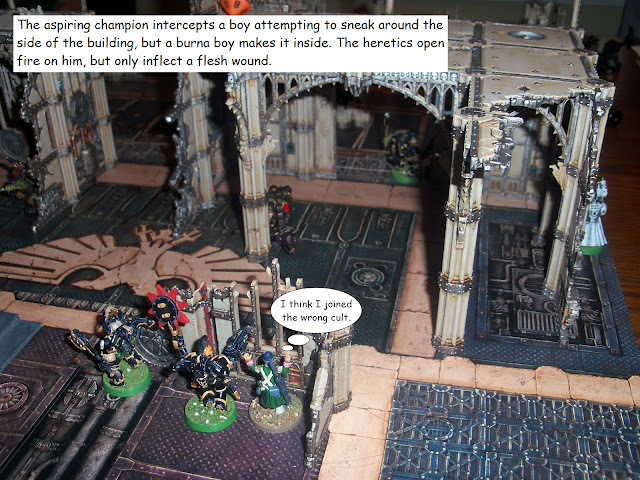 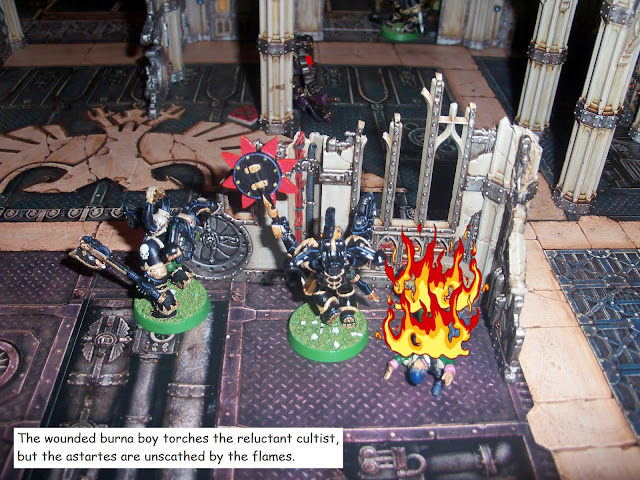 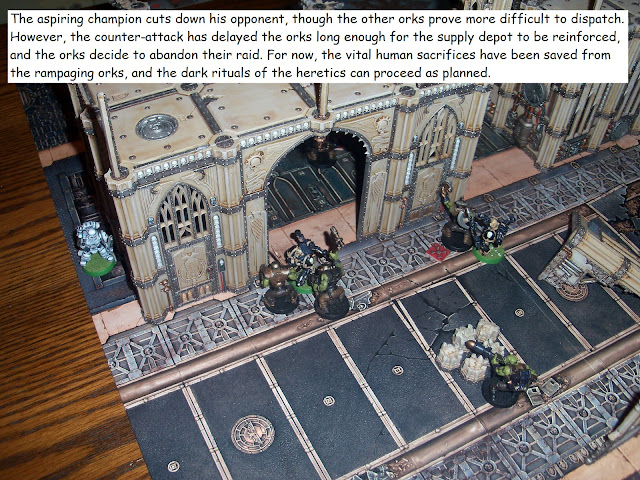