The heretic astartes of the Crusaders chapter are assisting in an uprising on an Imperial world, mostly performing small, covert operations. When a loyalist shuttle is shot down near their base of operations, a squad is sent to investigate and recover any useful intelligence they can find at the crash site. However, almost immediately a unit of primaris space marines arrive to recover or destroy any sensitive information that may have been on the shuttle. Now both sides race to recover as much as the can from the wreck before it is too late. 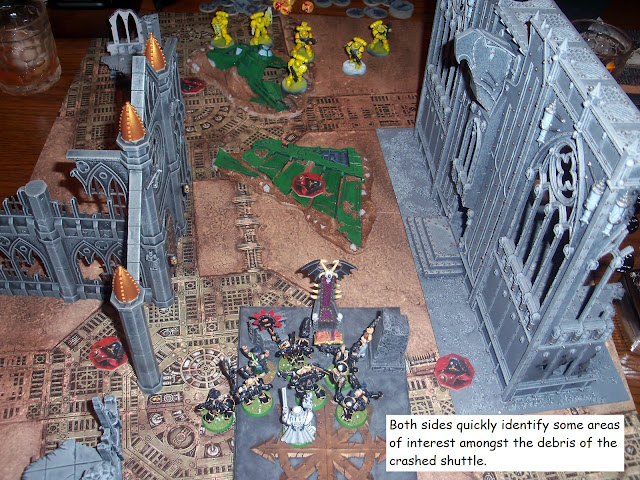 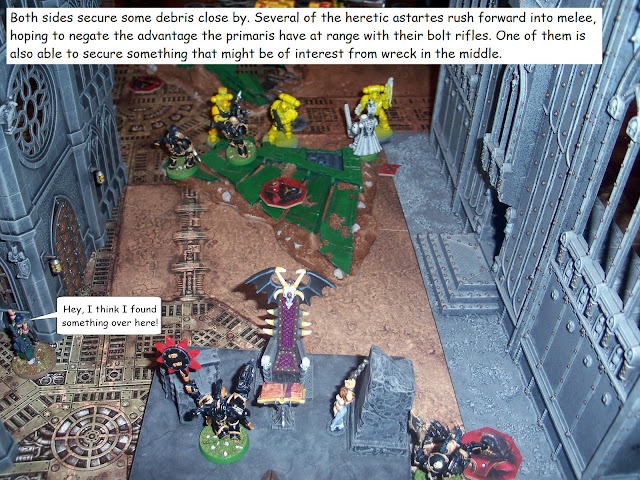 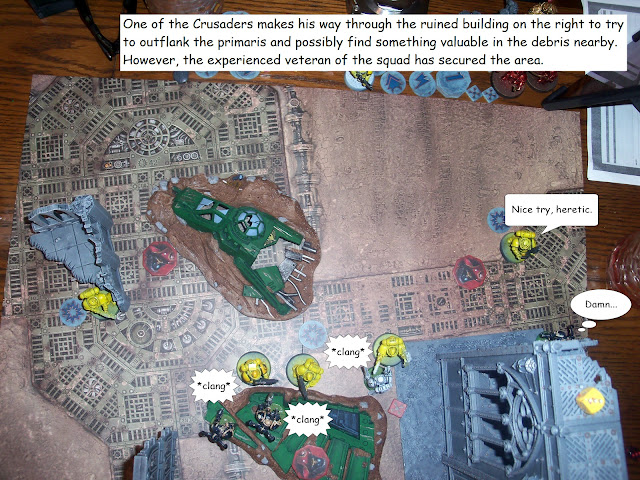 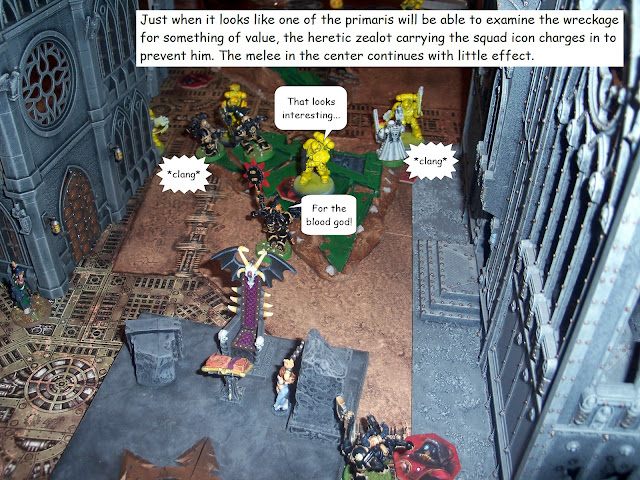 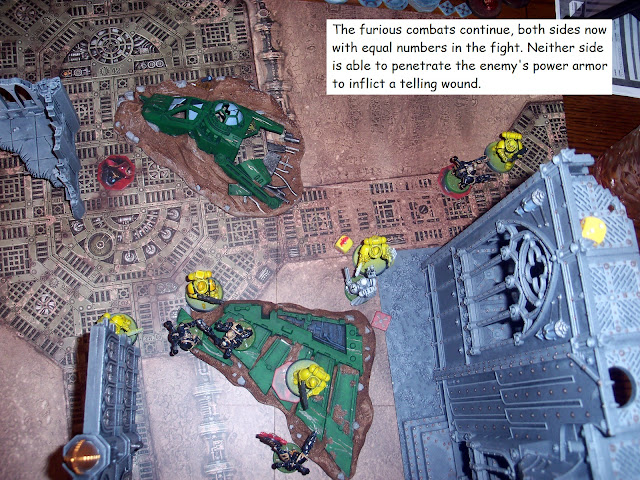 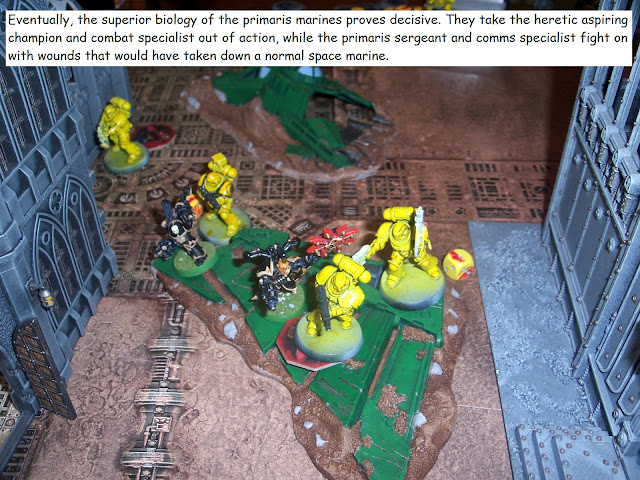 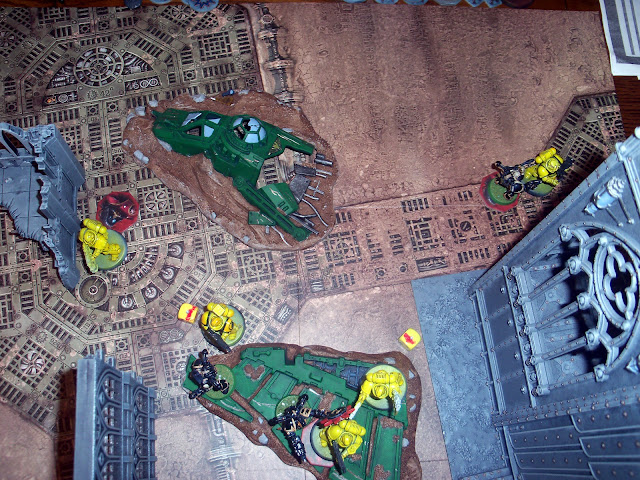 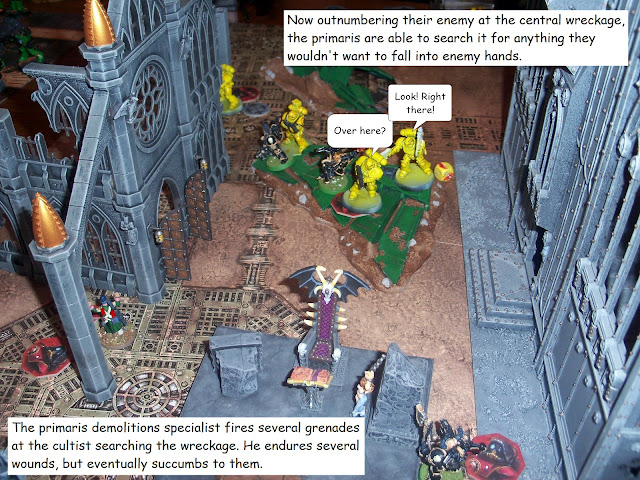 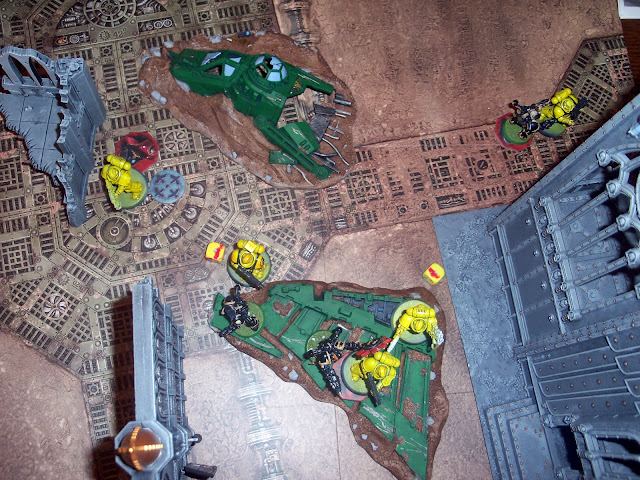 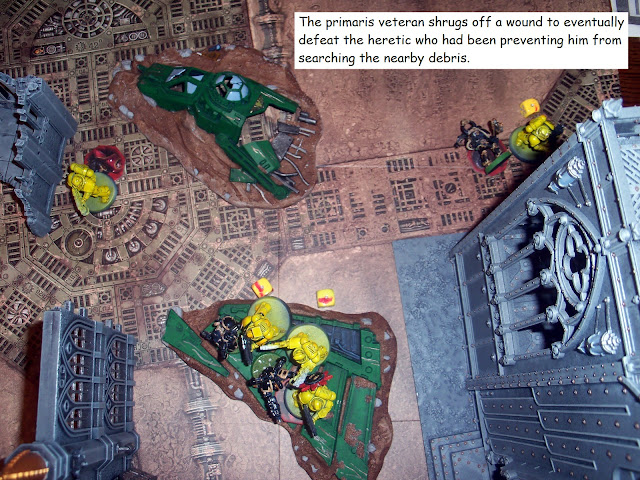 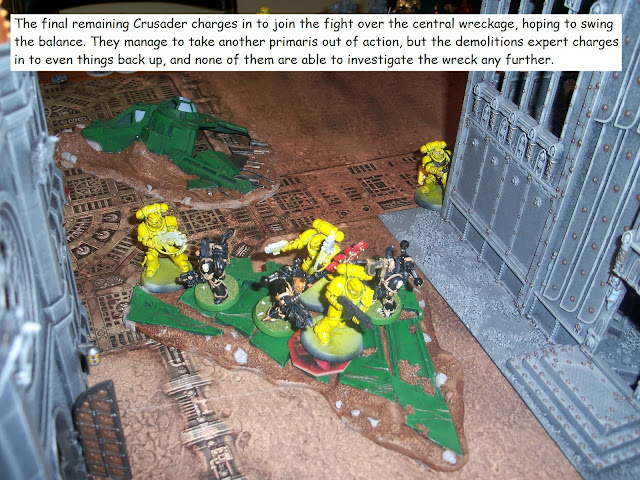 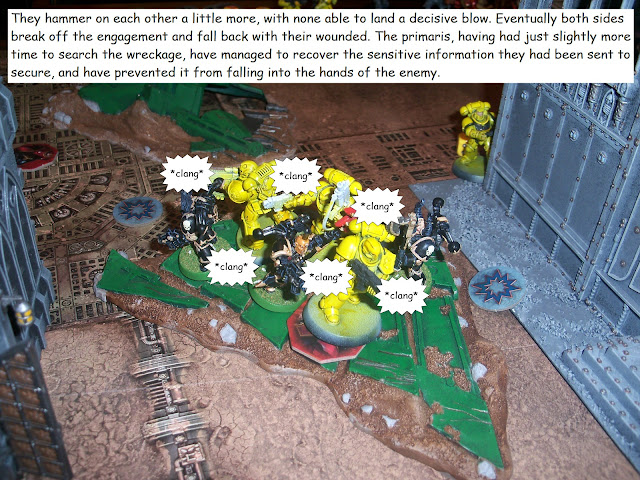