I recently took part in a Kill Team gathering with six players. After playing a couple of 1 on 1 games, we wanted to try something multiplayer. We ended up deciding to try paying a game with all six players at the same time, which was probably a bad idea. The way we did it was to form the six players into three teams, and then play one of the multiplayer missions as if we had three kill teams playing. So we played the Take Prisoners mission as if we had three kill teams, but each team was actually two teams controller by two different players working together.

We made teams as best we could with the kill teams we had. We ended up with two Tyranid kill teams working together, an Astartes kill team and Custodes kill team together, and a Tau kill team that tricked an Ork kill team into fighting with them against their common enemies. The objective was to take prisoners by taking an opponent's model out of action with one of your models that had no enemy models within two inches, allowing them time to capture the incapacitated enemy. Capturing an enemy leader was worth three victory points, and each other captured enemy was worth one. 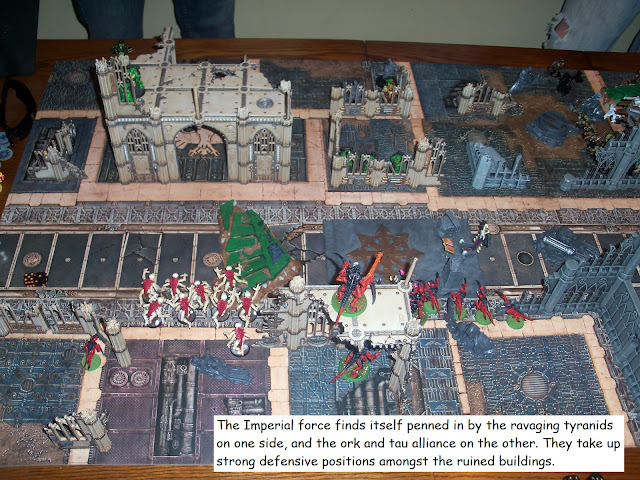 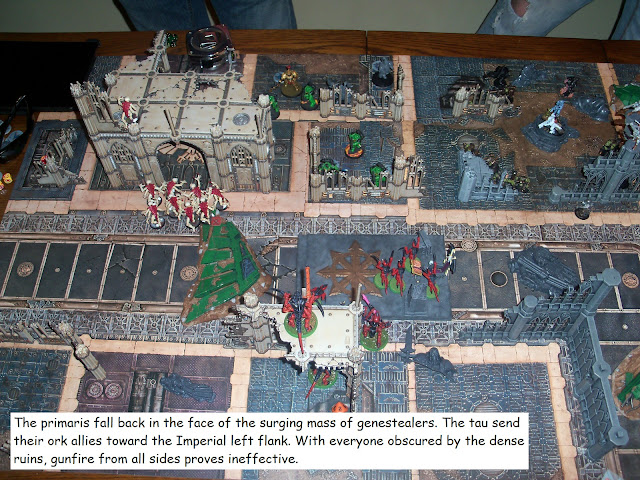 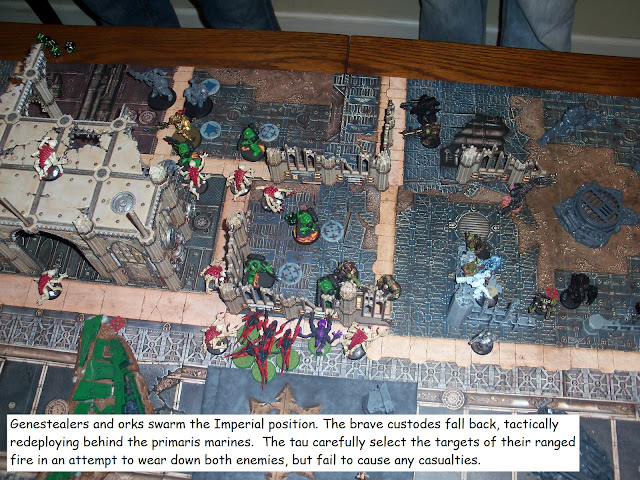 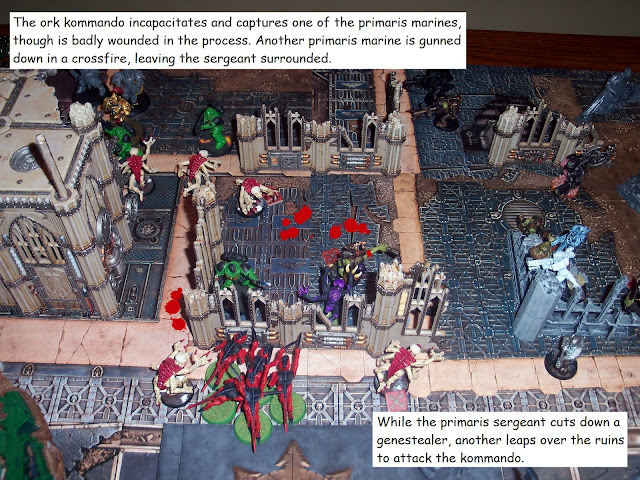 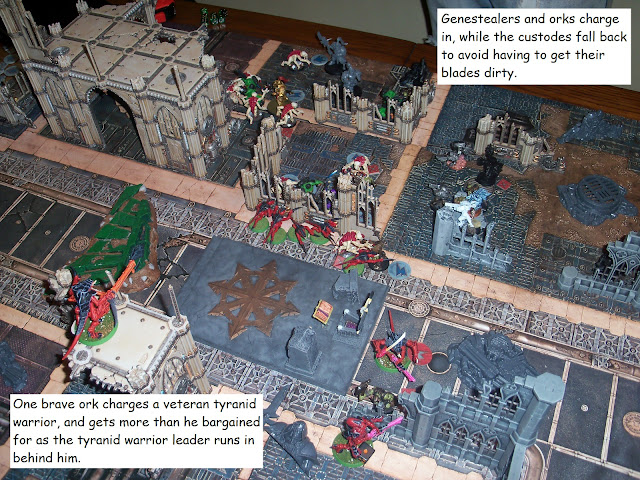 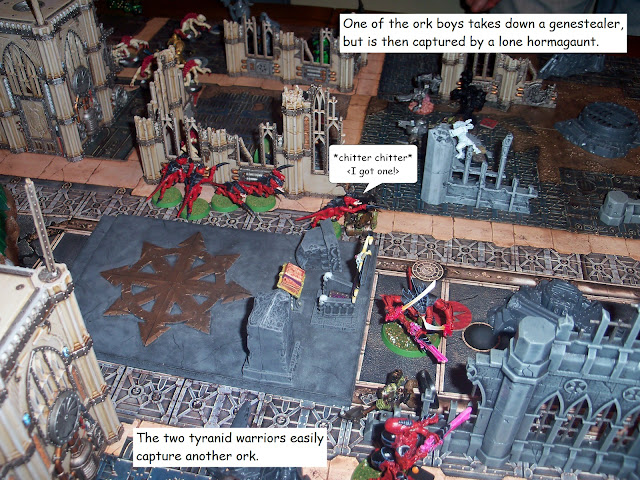 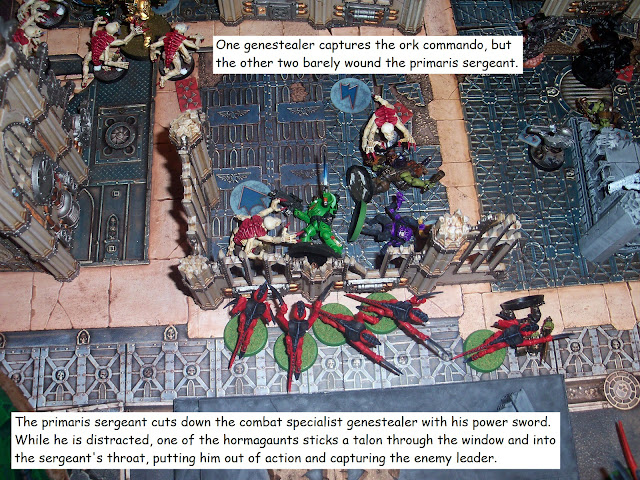 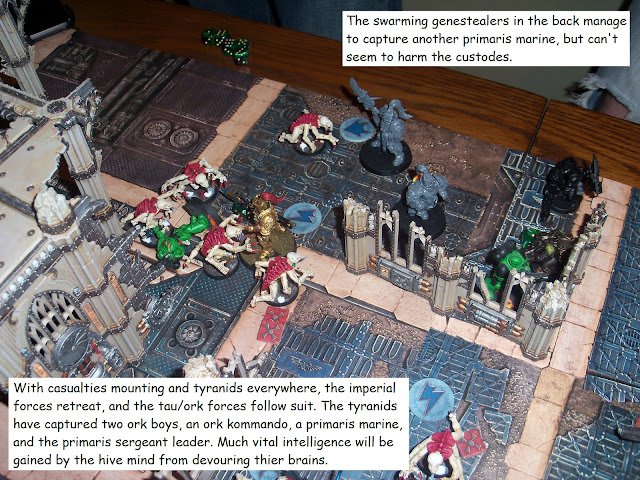 At this point the tyranid team had seven victory points, four of which had been gained by two lowly hormagaunts. Seeing no hope of catching up, especially when facing such mighty hormagaunts, (and as it was getting late), the other two teams conceded victory to the tyranids.
Posted by Craig Welter at 8:00 AM