The heroes have come to Modena trying to go unnoticed. The situation in the city seems quiet, but they constantly have the feeling of being followed. This stress is added to their concerns about the malfunction of the Blood of Gaea. While the mercenary companions sit in an inn discussing what to do, a voice coming from outside calls for them get out of the room. Their worst fears are realized when the companions find themselves before Jacopo Adoaldi himself. Next to him, they notice a strange woman uttering incomprehensible words, but they can see the Blood of Gaea react to the chant! Adoaldi doesn't waste any time asking the heroes to surrender, immediately ordering an attack! 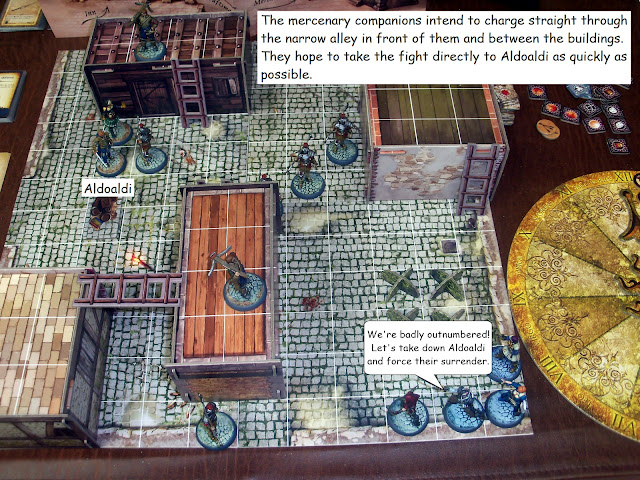 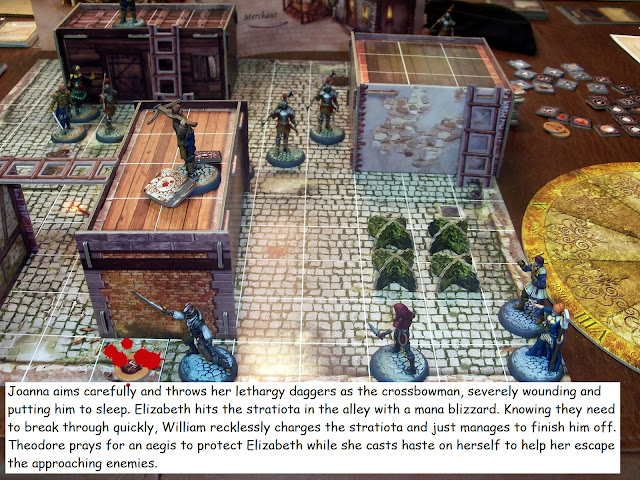 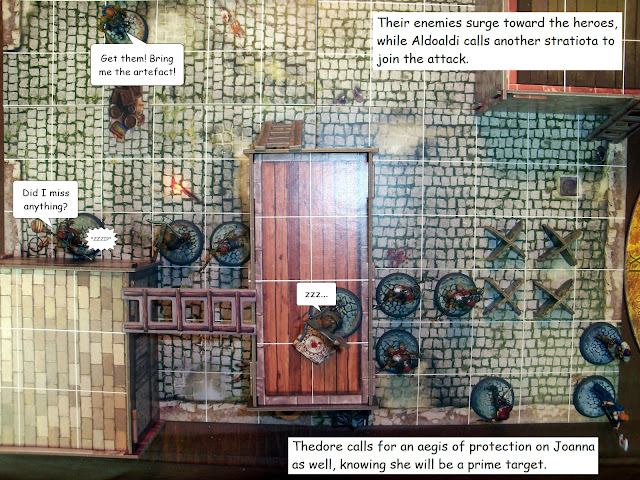 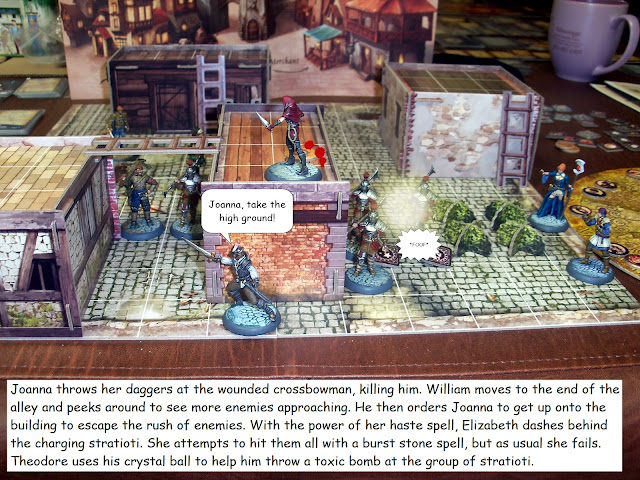 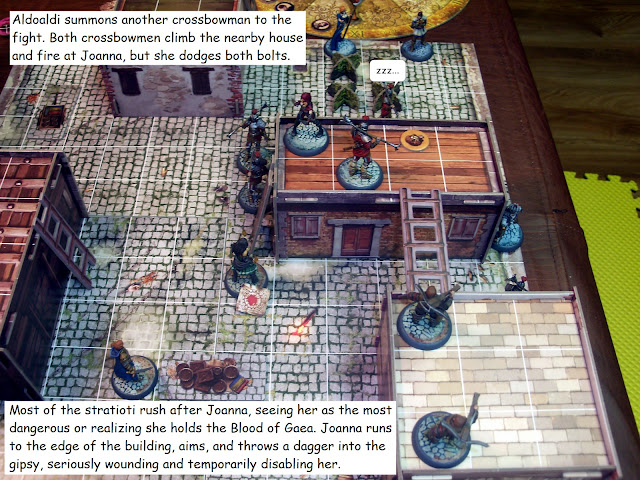 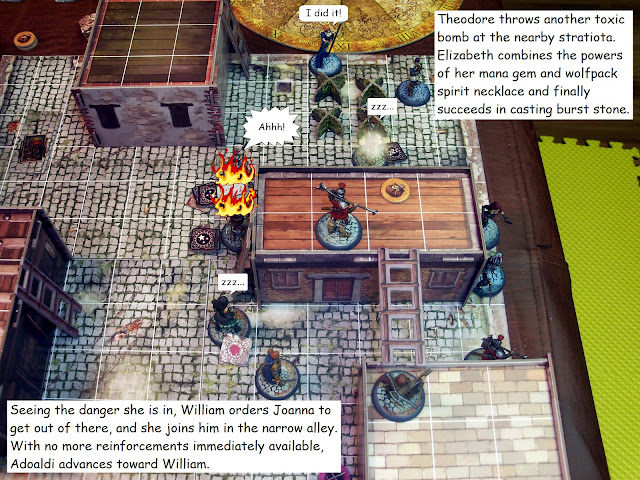 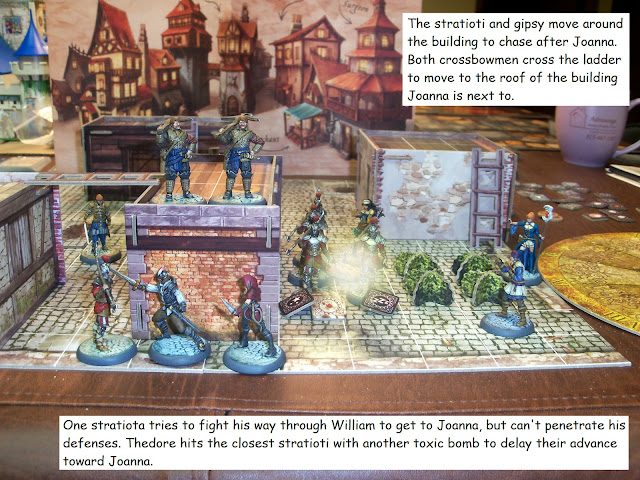 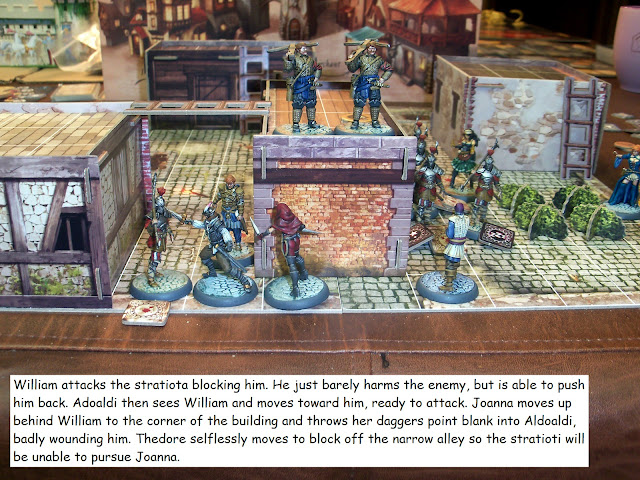 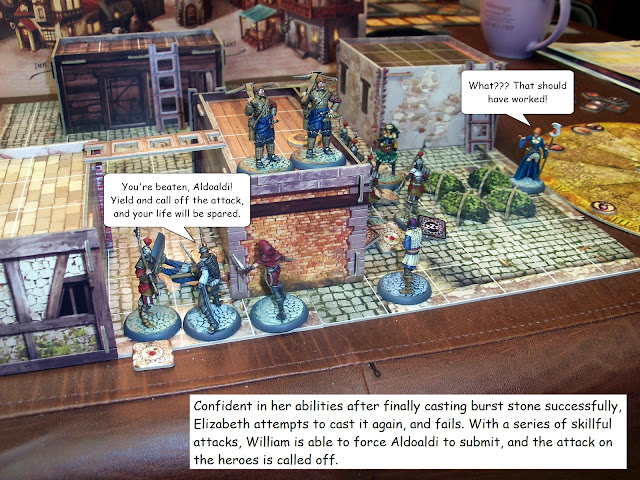 The heroes have defeated Adoaldi, but they spare his life and he promises never to fight them again. To thank the four heroes, Adoaldi reveals how to reach the Doge and defeat him once and for all. They companions also help themselves to the 10 Popolini and three alchemical elements that Adoaldi happens to have on him. The companions then proceed to Venezia, but before going after the Doge they take some time to rest and prepare for their ultimate battle.

While in Venezia, William develops an ability to help his allies provoke their enemies into attacking carelessly and missing with just the right choice of offensive words. Elizabeth pays a master in Venezia to teach her a lightning spell which can hit multiple opponents with one blast (since she is having so much difficulty at casting burst stone). Joanna practices robbing, in order to have an effective attack she can use in close quarters when she is to close to throw her daggers. Theodore pays a master to teach him the secret of the phoenix feather, which can be used to revive an unconscious companion and get them back into a fight.

The mercenaries decide to make a little extra money to better prepare before taking on The Doge. At the Inn they accept the seemingly simple job of delivering an ancient scroll to an eccentric (and almost as ancient) old man. Considering how much is being offered to perform this task, the mercenaries know there must be more to it than a simple delivery, so they prepare themselves for any trouble they might encounter before departing with the precious scroll.
Posted by Craig Welter at 8:00 AM