In order to make some additional money to prepare for their final confrontation with the Doge, the mercenary companions have taken on the seemingly simple job of delivering a scroll to an eccentric old man.

“Dear sirs, I kindly ask that you bring this ancient scroll to my friend Leonardo. It is a precious document and many spiteful persons would love to get their hands on it; it is a formulary allowing the creation of a marvel from times gone by.” Andrea Del Verrocchio.

The heroes know they would not have been hired for the job if it was going to be a simple delivery, so they prepare themselves for trouble. Just before reaching their destination, they run into the trouble they were expecting. 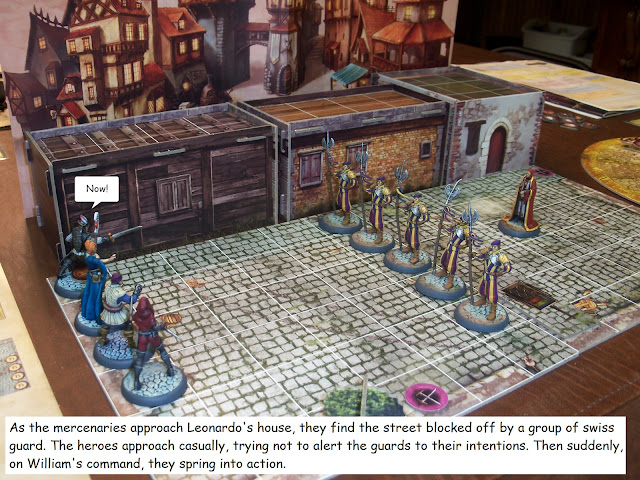 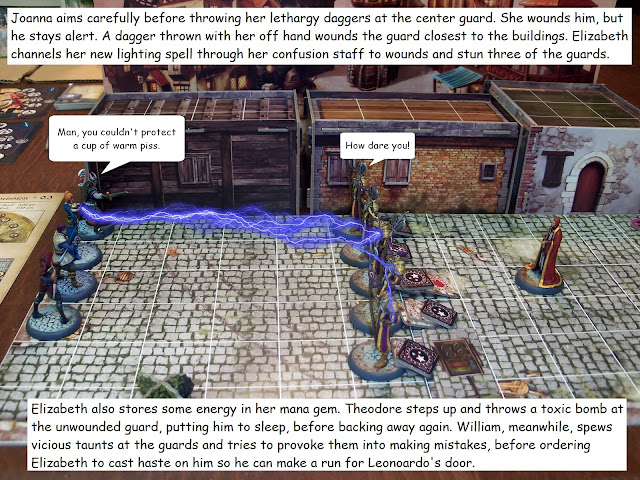 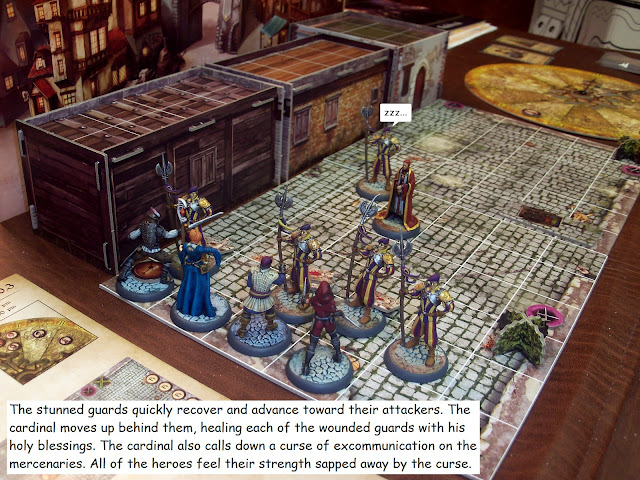 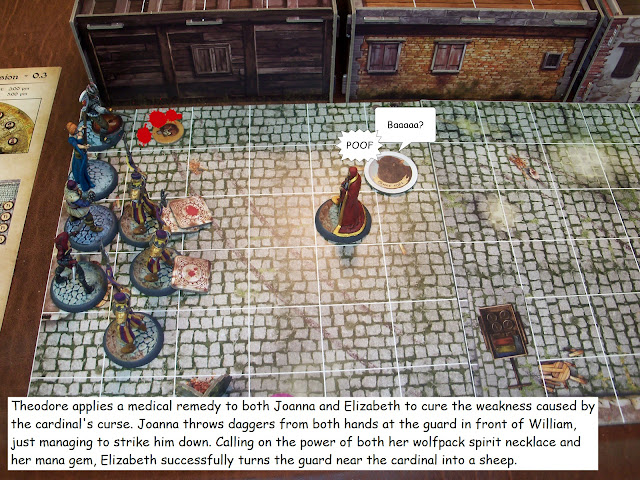 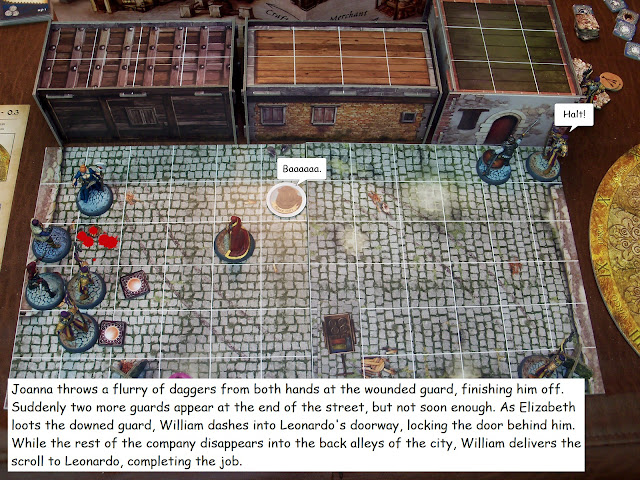 As William enters the home of Leonardo, running like a madman, he finds himself in a hall full of strange contraptions, stills, animal carcasses and other amenities. A man is bending over what looks to be the dead body of a large bird... he lifts his head towards William to reveal a strange pair of specs full of lenses. “How can I help you my friend?”

William delivers the scroll and collects the payment, 10 popolini and 5 alchemical elements, including a much-coveted philosopher's stone. He then sneaks out past the guards and meets back up with his companions. They travel back to Venezia, where they visit a craftsman to commission the creation of a powerful protection seal, which will hopefully help them survive their fated encounter with the Doge. They know the only way they will ever be free of the men pursuing them is to defeat the Doge himself. As ready as they can be, the mercenary companions begin planning their attack.
Posted by Craig Welter at 8:00 AM