Colonel Kutuzov's Rangers, a light infantry regiment in Count Xuvorov's personal army, have been detached on covert missions behind enemy lines for some time now. Currently, several companies of the 3rd battalion are operating in the blasted ruins of an industrial district in the city of St. Basilovsk. A squad is performing reconnaissance, marching in tight formation with conscripts to the front, as per regulations. As everyone knows, the best way to find the enemy is to make yourself as conspicuous as possible so the enemy finds you. Luckily, the patrolling squad is about to discover some very useful information concerning enemy dispositions. 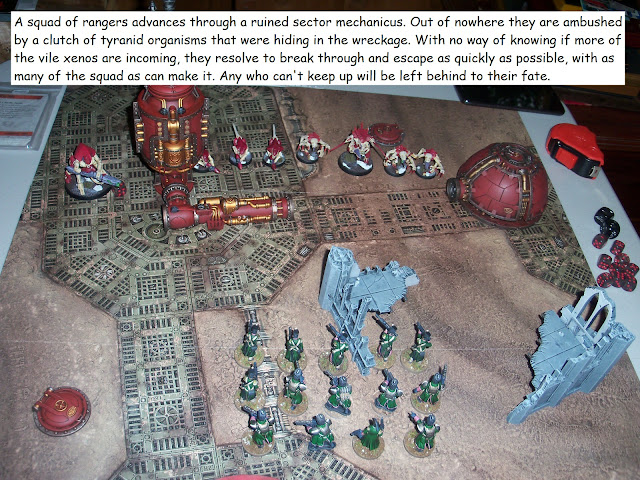 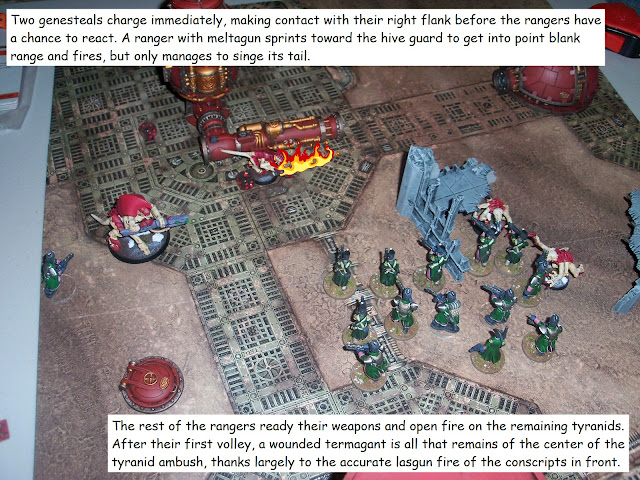 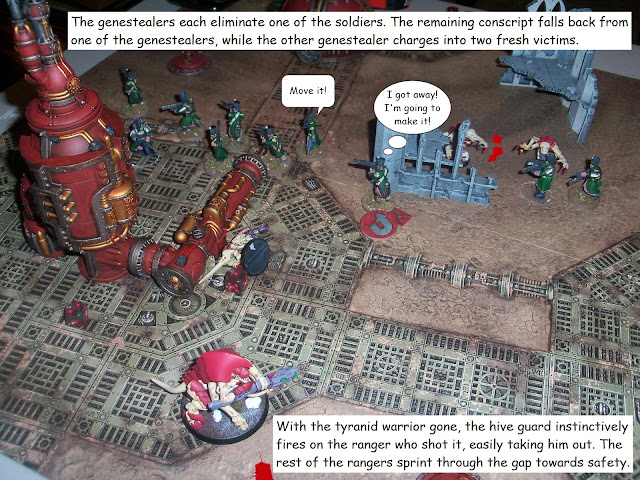 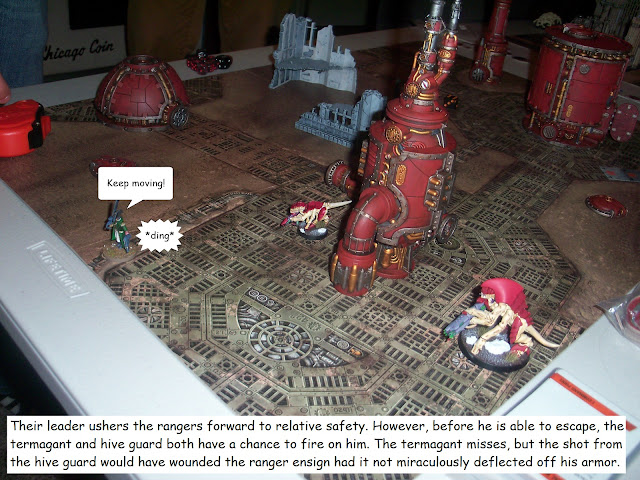 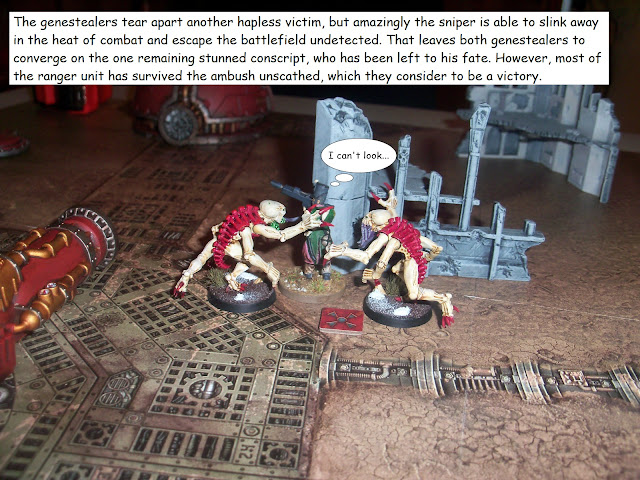 The rangers have set up various camps throughout the industrial ruins, forward areas on the front where they store important supplies and from where they plan their missions. Wisely, the rangers make sure to spread their supplies out and leave them sitting in seemingly random positions throughout the blasted wasteland, and also leave most of them completely unguarded, so as not to draw attention to them. Unfortunately, the kunnin' kommando boss nob Grukk Daggafist isn't fooled by this clever tactic. Grukk has been sent to the front as a feint, his goal to cause as much damage as possible to the rangers on this part of the front, in order to draw reinforcements away from where the real attack is about to take place. He will target enemy supplies and specialist troopers in order to have the best chance of the rangers in this area calling for help. 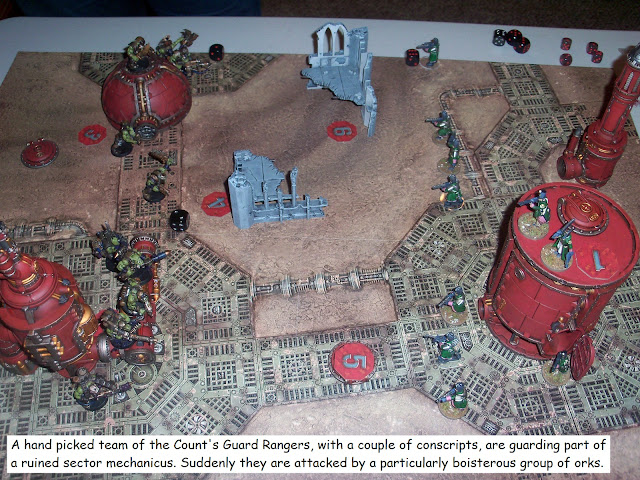 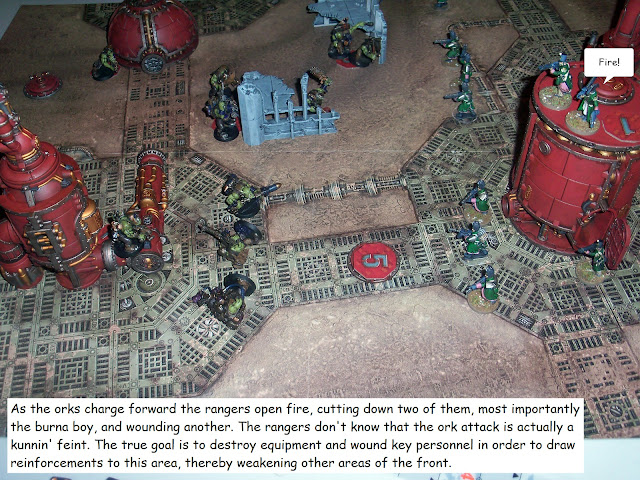 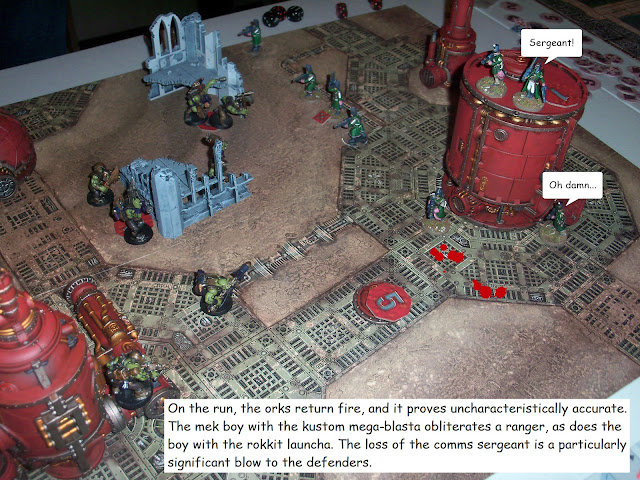 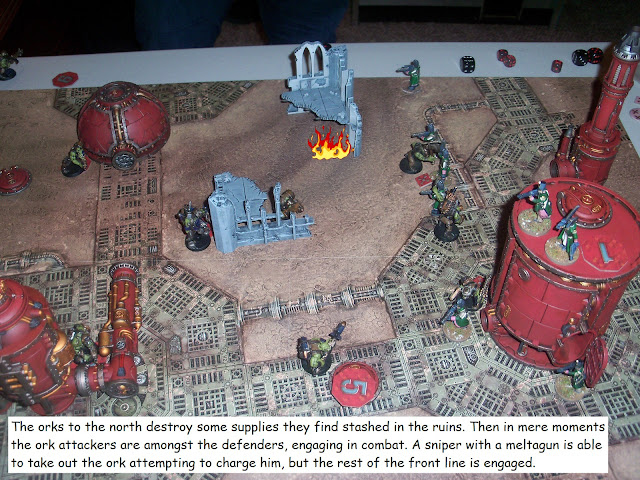 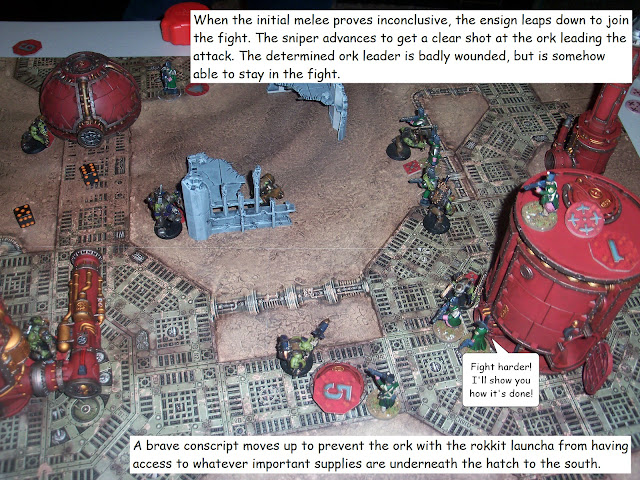 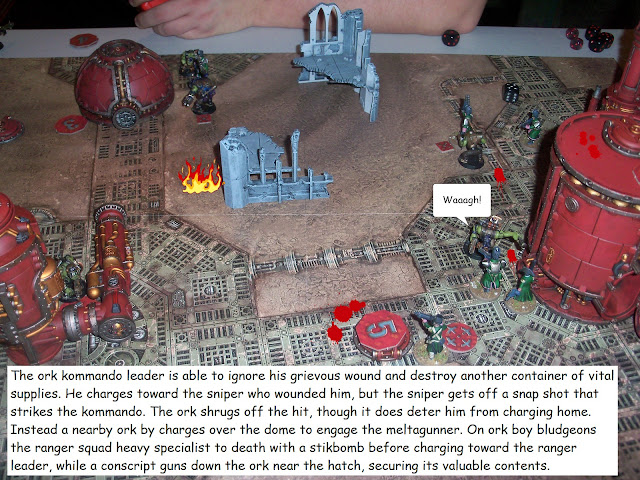 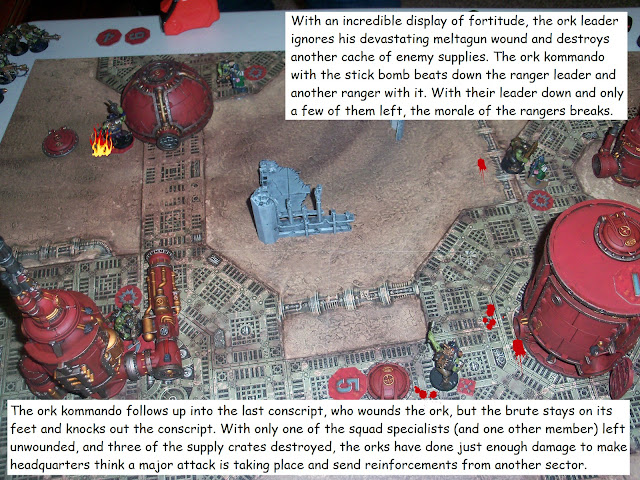