The wight king now carries the fragment of Hysh. Having completed their first trial, the unlikely companions search for the next piece of the fragment. Byron Manfred ponders how he will separate himself and the wight king from the Tzeentchian sorcerer lord so they won't have to share their prize with the chaos worshiper. His scheming proves unnecessary however, as the sorcerer simply disappears one day, as abruptly as he had appeared to them in the first place. Byron wonders if the Tzeentchian sorcerer's appearance was all part of some unknowable scheme by the duplicitous followers of the changer of ways from the very beginning.

Nevertheless, Byron looks to recruit another unsuspecting adventurer he can use to help him acquire another fragment of the gaunt summoner's amulet. He eventually meets an aloof mistweaver saih. Byron has no idea what a mistweaver saih is, but is impressed by her mystical powers and convinces her to join him and the wight king in their search. The mistweaver hopes to learn more about the silver tower from her new companions, seeing that they have found a fragment of the amulet already. Together, they set out in search of their next trial. 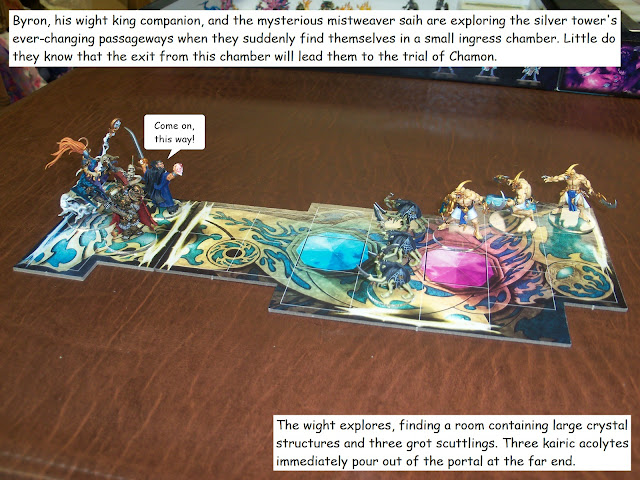 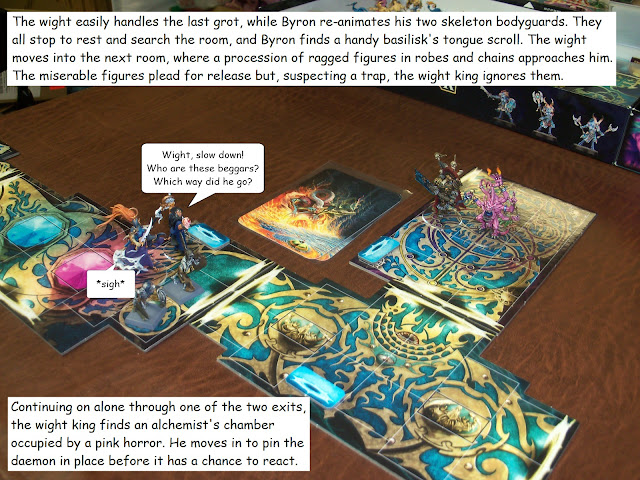 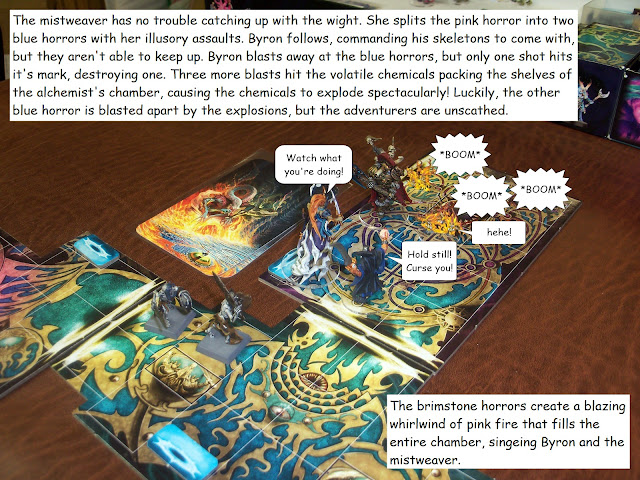 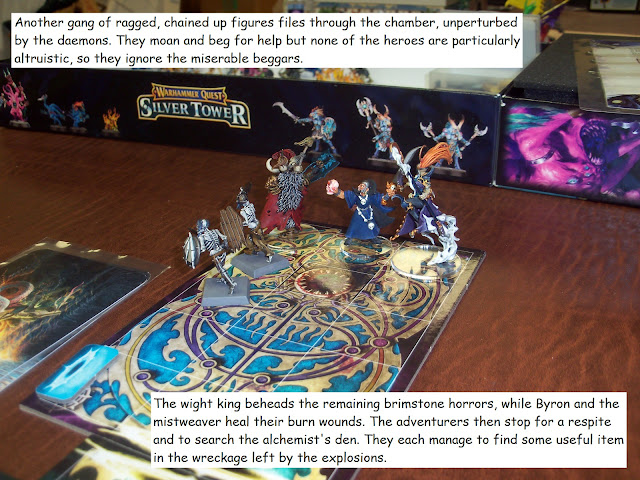 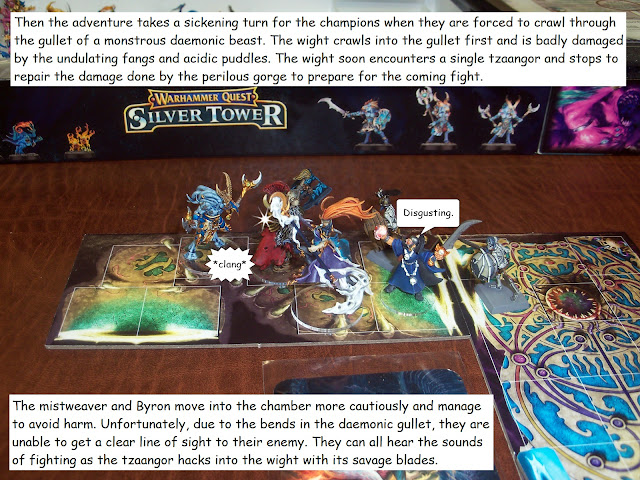 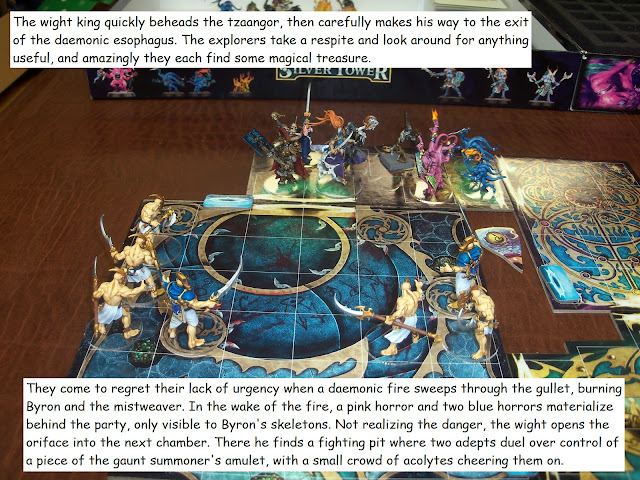 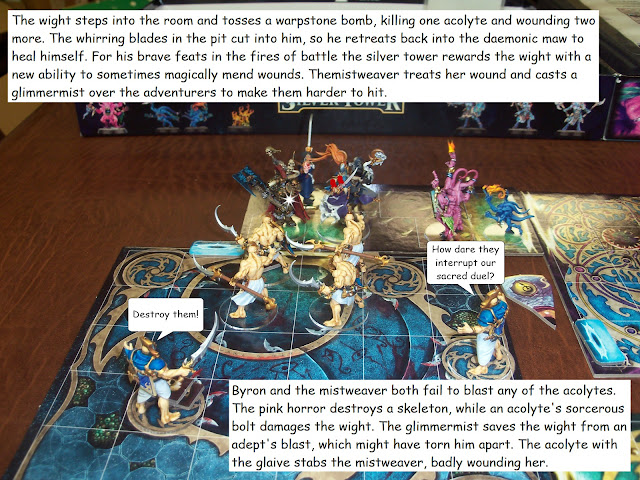 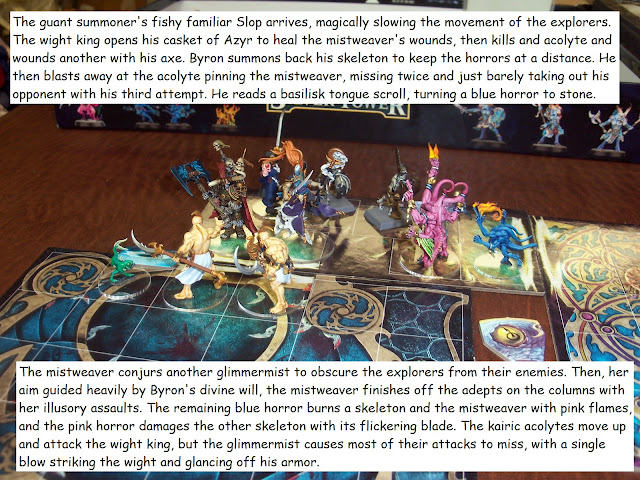 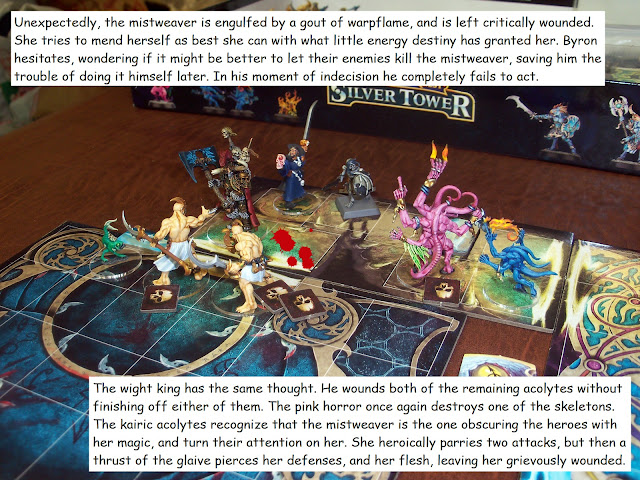 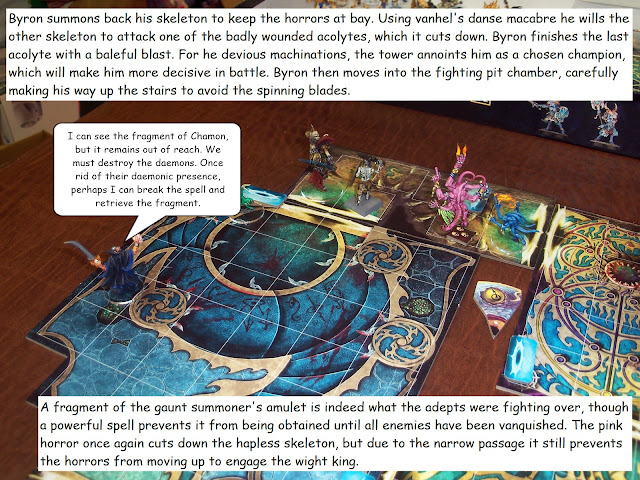 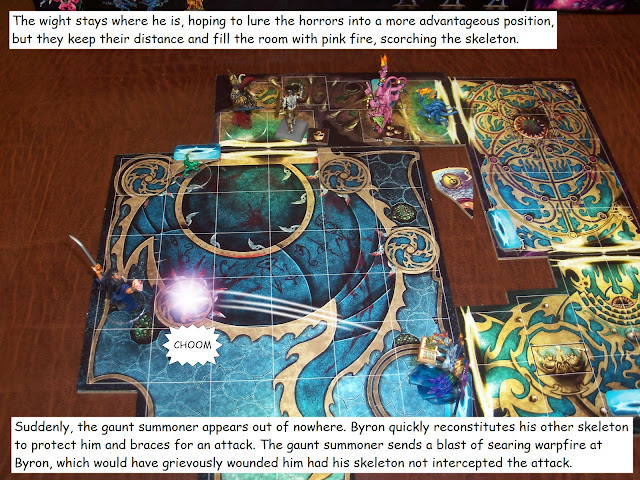 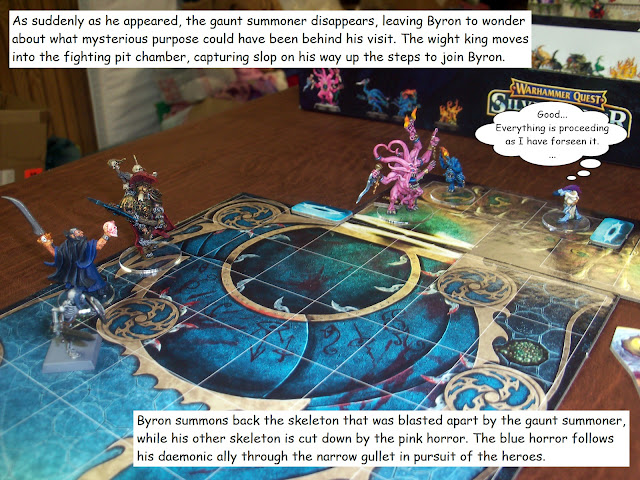 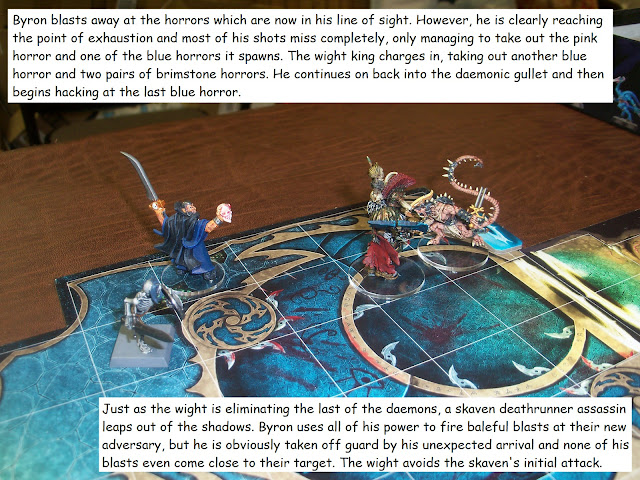 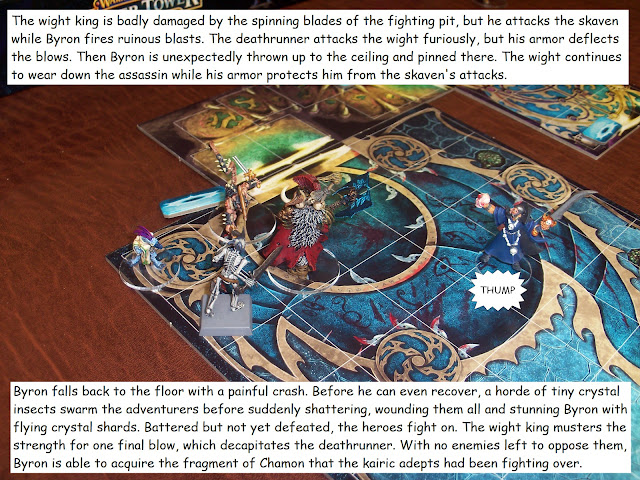 Byron now possesses his own amulet fragment, the fragment of Chamon. Having left the mistweaver saih for dead in the daemonic gullet, condemned to slowly dissolve in its digestive juices, Byron need not worry about having to share his new treasure. He realizes, however, that the mistweaver's magic had been crucial to their success in the trial. He resolves to find himself another useful, and gullible, mage to join them in their quest. The wight king, as always, is content to follow Byron's lead.
Posted by Craig Welter at 8:00 AM