Byron Manfred wandered the silver tower for what seemed like many ages before attempting another of the tower's trials. He knew he could not rely on the companions he had been adventuring with, and was unsure how to proceed. He left behind his initial companions, making many attempts to find suitable partners in his quest. These all ended in disappointment, and he explored and pondered for a very long time. In his wanderings, he eventually lost the fragments he had acquired and the powerful skills the tower had granted him as rewards for his deeds. After all his fighting and exploring, his epic battles won against all odds, he was essentially back where he began, no closer to his goal that when he had first set foot in the accursed silver tower.

One fateful day, while wandering the labyrinthine passageways of the silver tower, Byron encountered an ancient wight king. Byron though the wight king would be an idea companion. Byron was confident that he could, if necessary, use his advanced necromantic powers to influence the undead warrior into doing his bidding. The wight king had also been wandering for ages, and needed some guidance. So the two joined forces. Byron explained some of what he knew about the fragments of power the would need to collect, and they set off together in search of them.

Shortly thereafter, a Tzeentchian sorcerer lord appeared to them, offering to help them. The sorcerer claimed to know exactly where they could find a piece of the amulet, which was of course being sought by all the silver towers prisoners. Byron was suspicious of the convenient appearance of the sorcerer who happened to worship the being who created the tower in the first place. Was the sudden and convenient appearance of the sorcerer merely luck? Could it be Destiny? Or were they experiencing the sinister machinations of Tzeentch? Byron did not know, but to get his quest back on track after all this time, he was willing to risk it. 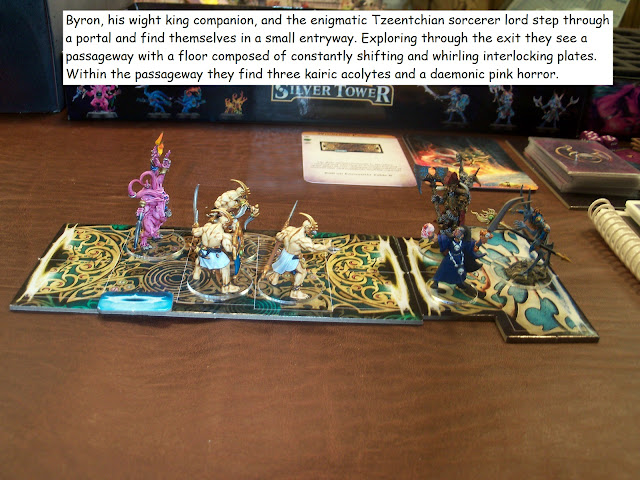 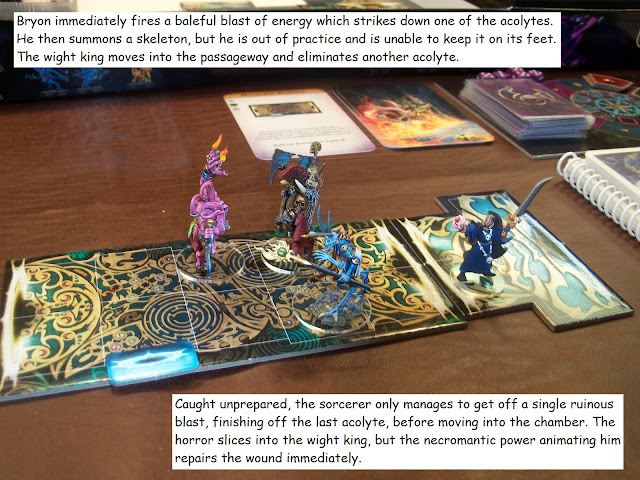 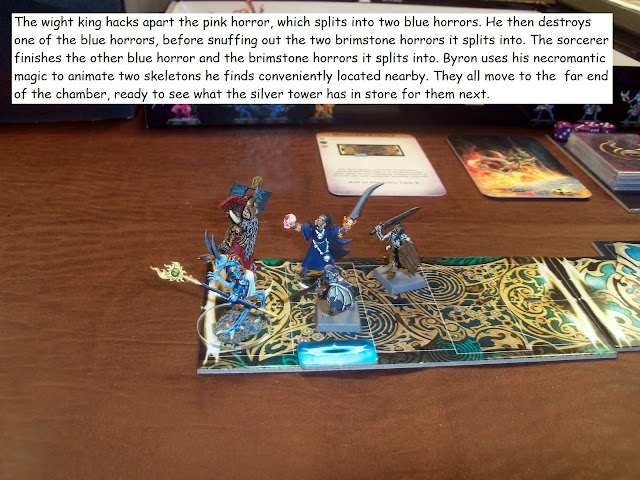 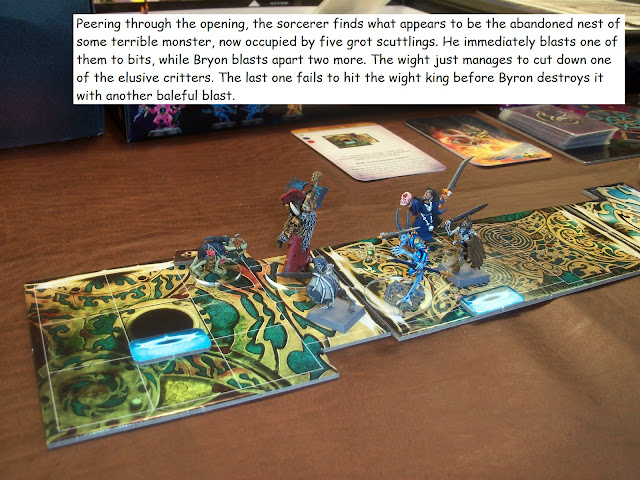 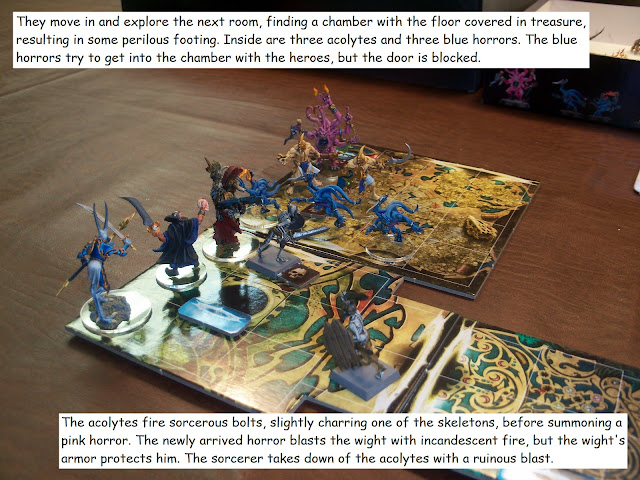 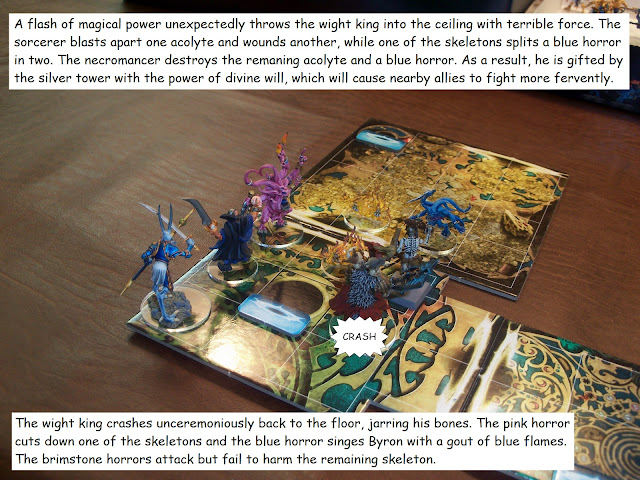 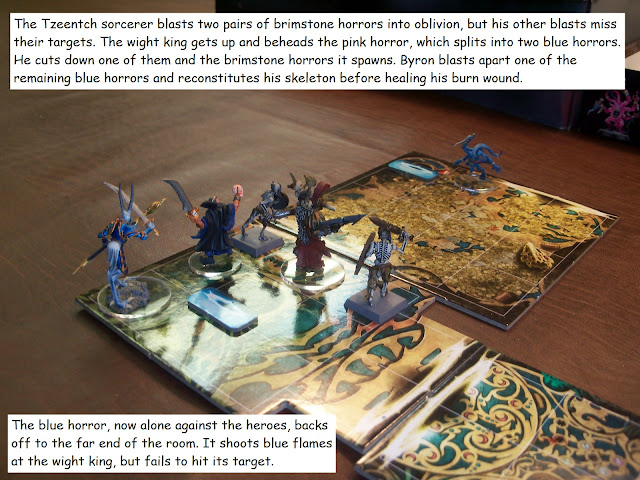 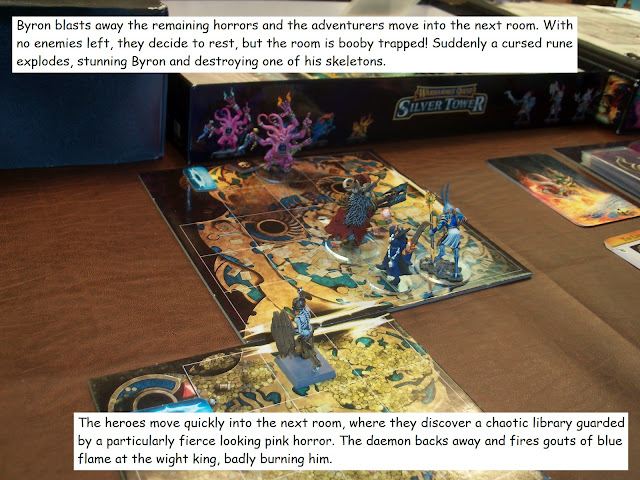 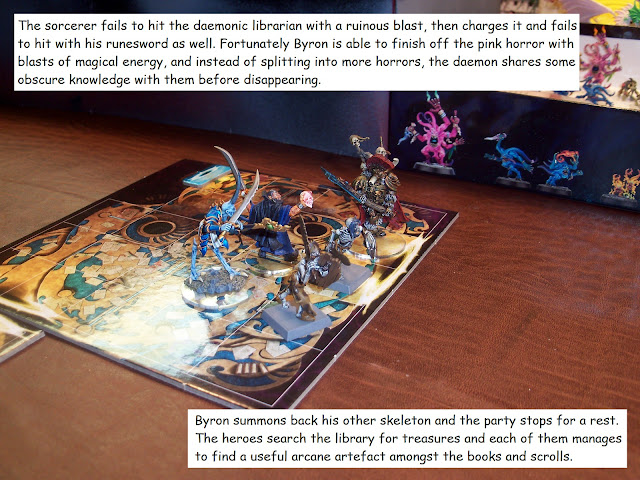 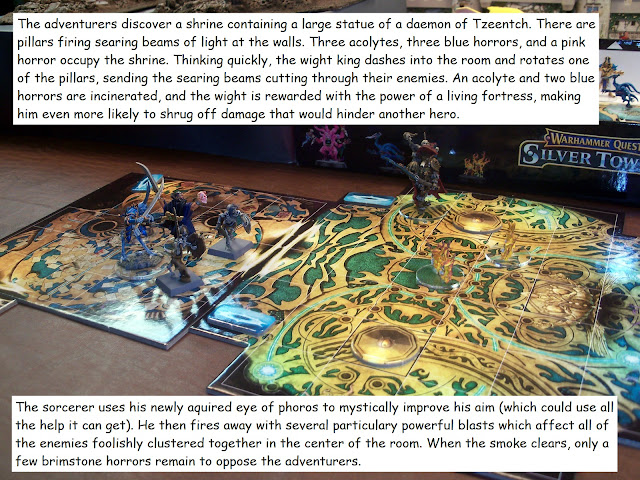 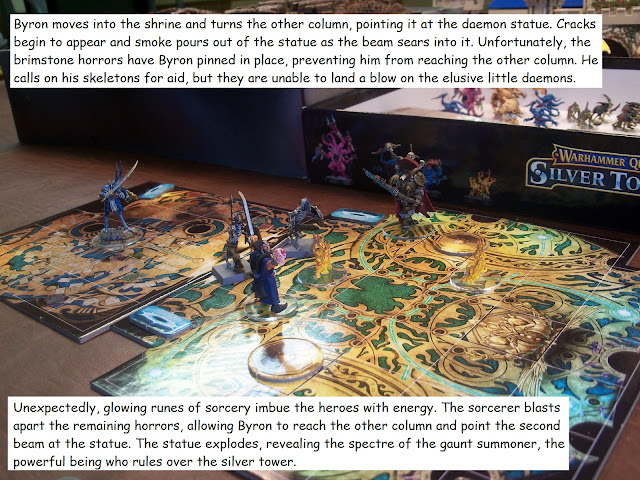 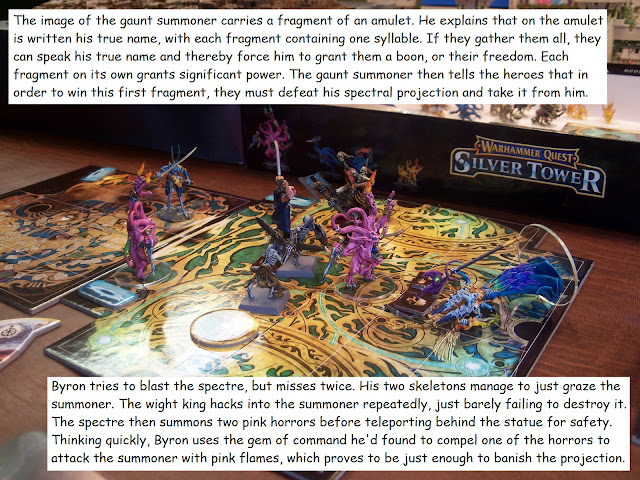 The fragment of the amulet floats through the air to the wight king, who claims it and its power for himself. Having succeeded in their first quest, the party continues to explore the vast and ever-changing chambers of the silver tower. Not completely trusting the Tzeentch sorcerer lord, Byron resolves to try to lose him in the shifting passageways of the tower before facing the tower's next major trial. However, he also concedes that he may need to find another powerful adventurer to replace the sorcerer if he hopes to succeed in his quest.
Posted by Craig Welter at 7:10 AM