Byron and the wight king have just one more fragment to acquire in order to complete the gaunt summoner's amulet and reveal its true name. The wight king holds four of the fragments, while Byron has only three, making it vitally important that he be the one to lay his hands on the final fragment. They know the last fragment is the one associated with the wind of Ghur, and so they follow the trail of any dangerous beasts they encounter as they explore the constantly shifting silver tower, hoping this will lead to an area steeped in the magic of Ghur.
They soon encounter a barbarian fighting his way through the various wandering beasts of the tower. The fierce looking warrior calls himself a darkoath chieftain, though he looks like a savage marauder of the northern wastes. The chieftain appears to only desire to hunt down the strongest adversaries he can find in the tower to prove his worth to his nefarious gods. Thinking that he will not only be helpful in a fight but also likely to lead them to areas of the tower strong with the magic of beasts, Byron arranges to explore with the darkoath chieftain to help each other find strong enemies to vanquish.
After following the darkoath chieftain's lead for a while, the champions find themselves in a vast and echoing gallery from whose vaulted ceiling hangs the dusty skeletons of mythical beasts. Beneath those skeletal curios stands a vast statue, a monstrous wolf graven from a single immense block of purest amber. The champions gasp in horror as that lupine behemoth stirs, its eyes opening to spill wintry light throughout the chamber. Blades are drawn and incantations readied, yet it is all for naught.
With a single great drawing-in of breath the giant wolf sucks the champions from their feet and into its yawning jaws. Through a terrible void they tumble, surrounded by the howls and roars of bestial things, before at last plunging down upon a hard stone floor. As the champions rise shakily to their feet, there can be no doubt in their minds that another trial has begun. 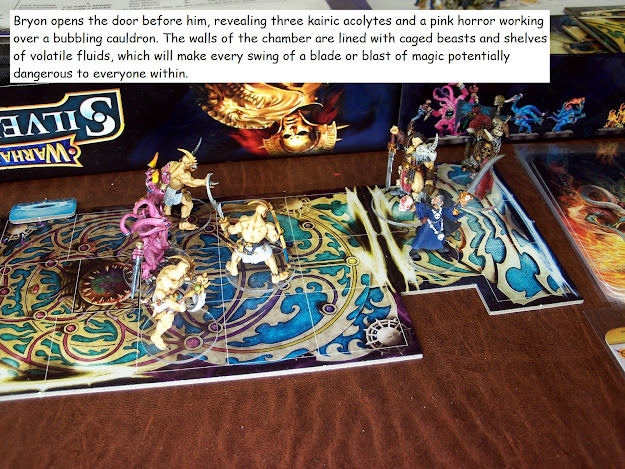 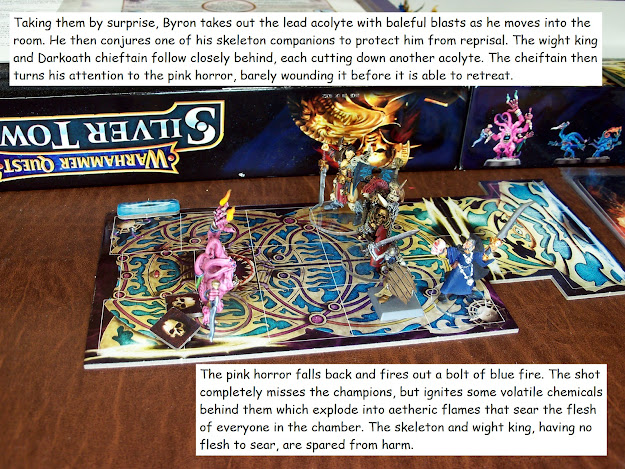 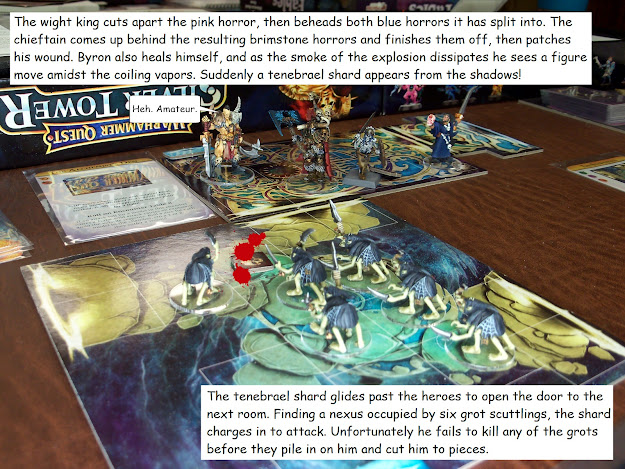 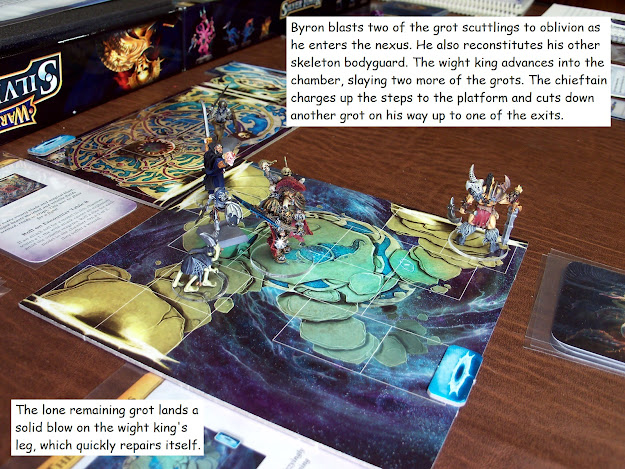 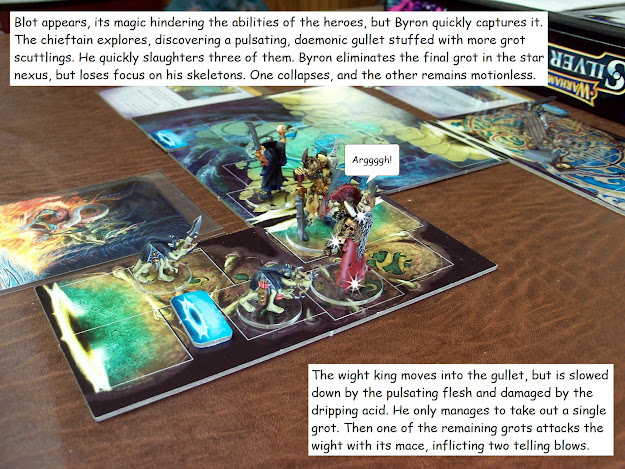 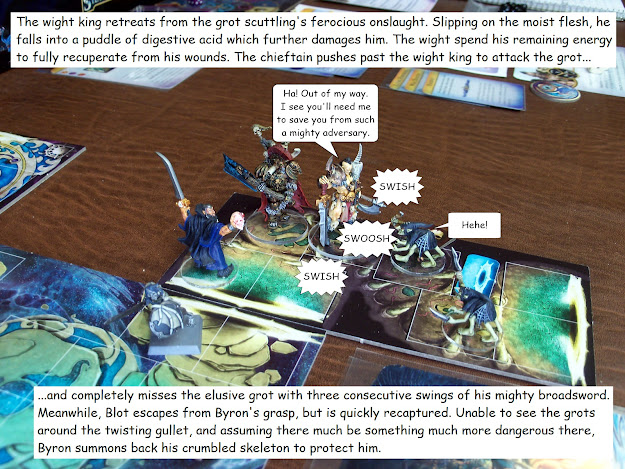 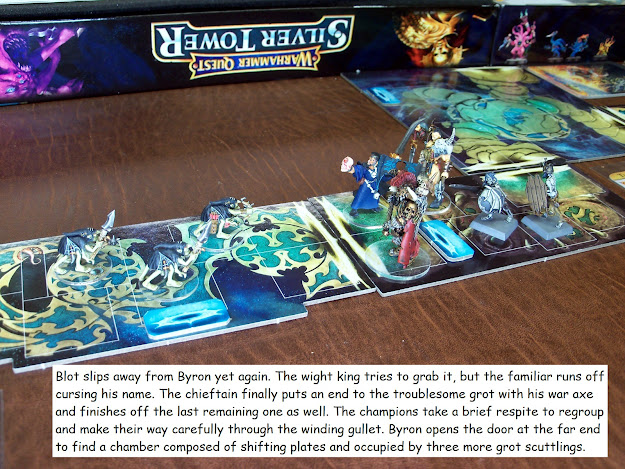 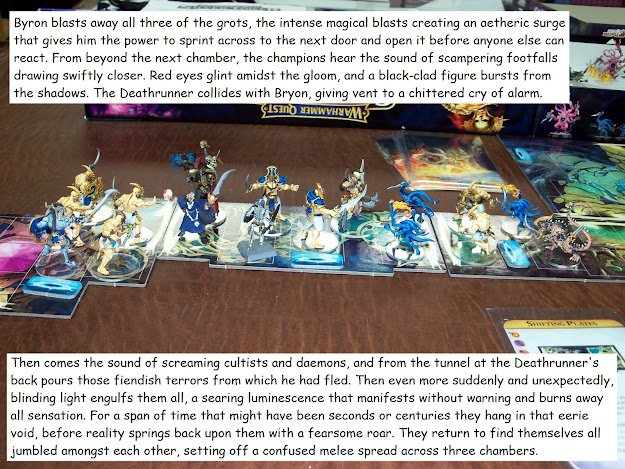 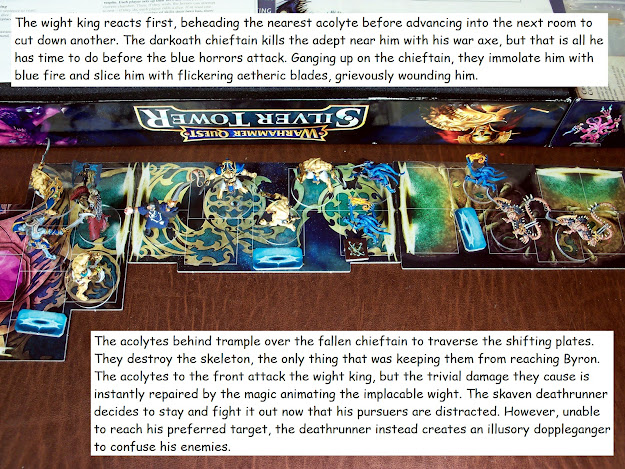 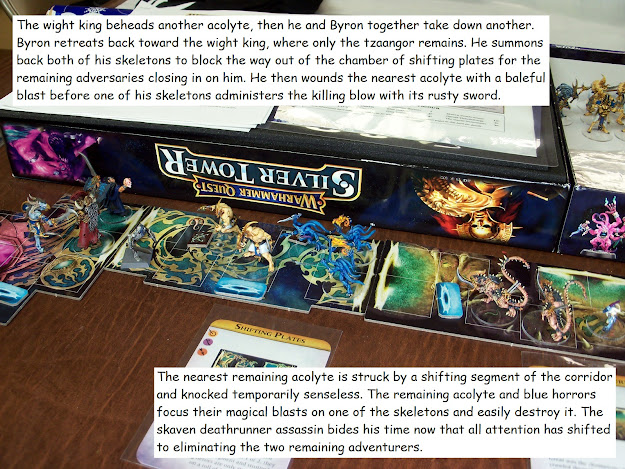 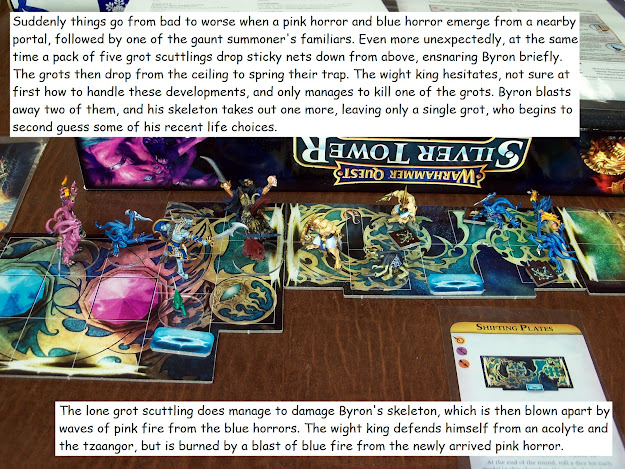 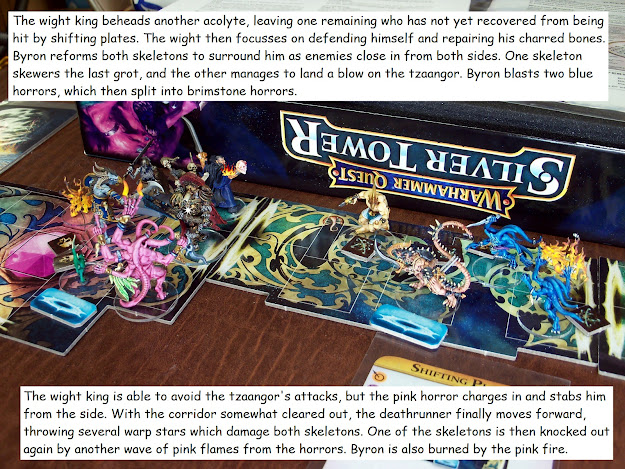 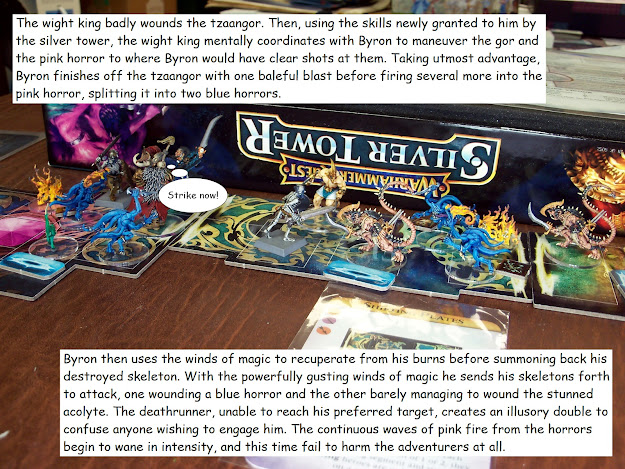 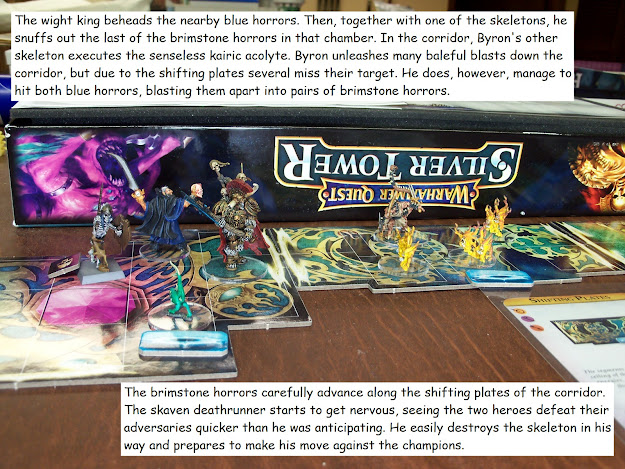 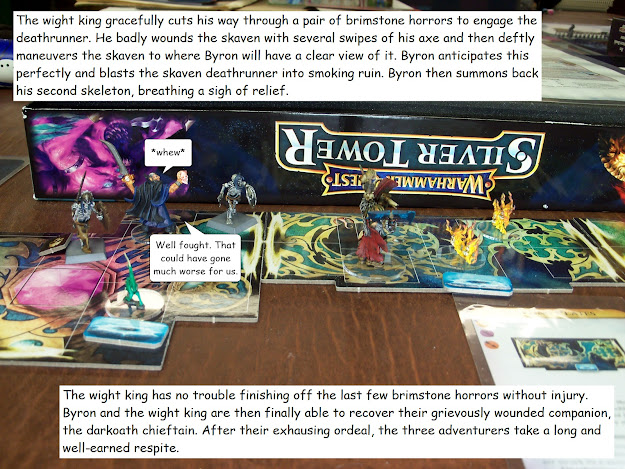