Byron and his wight king companion wander a long time in search of their next trial. Byron knows the final two amulets they must acquire will contain the powers of the winds of Aqshy and Ghur, so they search for areas of the tower that seem to be influenced by the winds of fire or beasts. Byron therefore takes it as a good sign when they happen upon a strange dwarf who refers to himself as a fyreslayer doomseeker. The orange-haired fyreslayer is searching for something he calls ur-gold. Byron convinces the doomseeker that they should join together to help each other search the tower, offering to let the fyreslayer keep any ur-gold they manage to find.
Eventually the champions come to a place where there is only one way forward: an ominous tunnel set low in a solid wall of brass. With little choice they fall to their hands and knees, crawling one after another into that steaming darkness. The further they crawl, the greater the temperature becomes, yet at the champions’ heels the tunnel rumbles shut like the closing gullet of some terrible beast. For long  moments they crawl on with ever greater haste, sweat running freely down their scalded faces at the touch of hot brass. Just as they feel they can crawl no further, the champions scramble from the hideous tunnel and into the sweltering space beyond, a small chamber with a single door. Grimacing with pain, Byron comes to the realization that they have passed through a particularly unpleasant portal, and into the beginning of their next deadly trial. 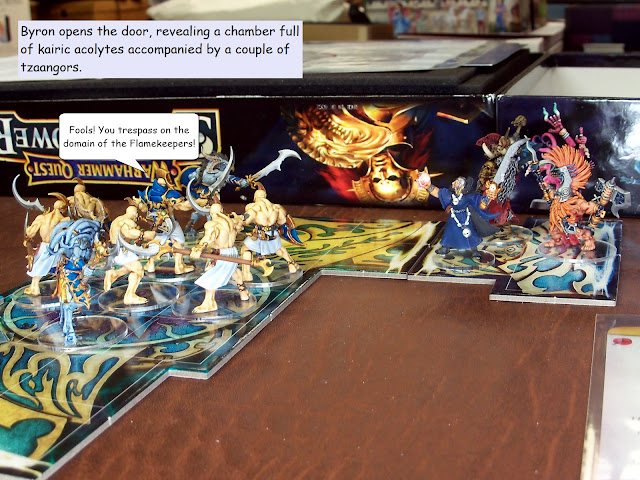 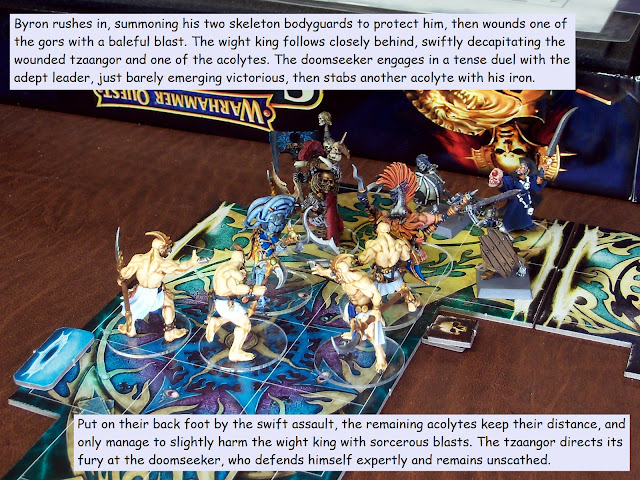 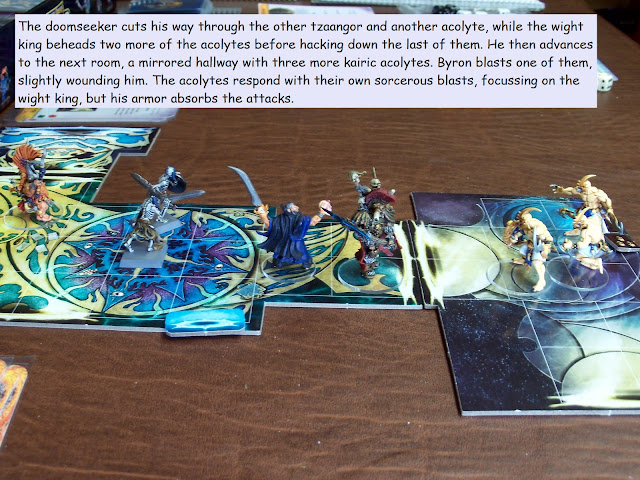 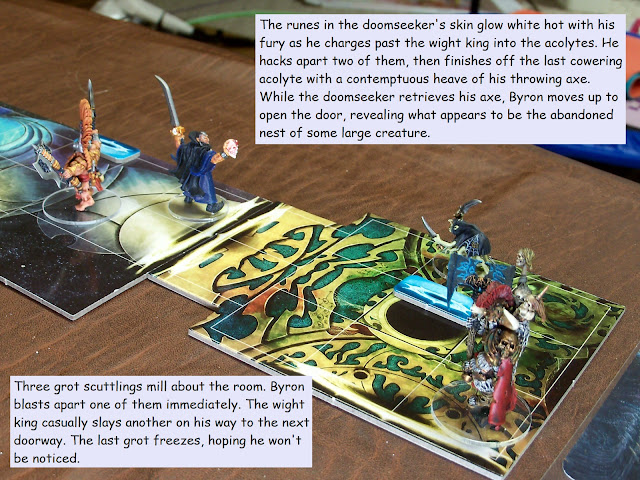 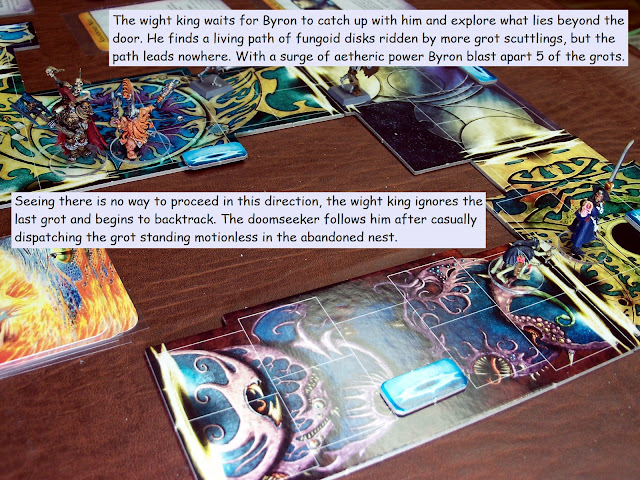 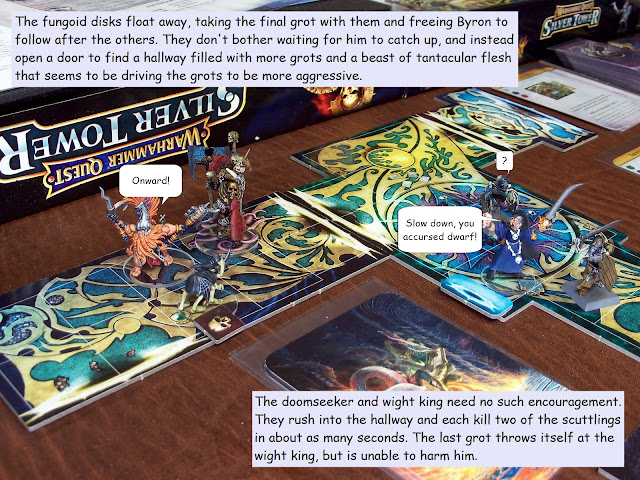 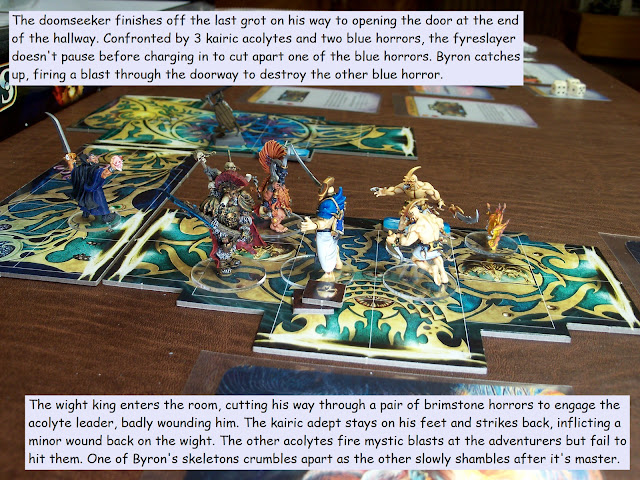 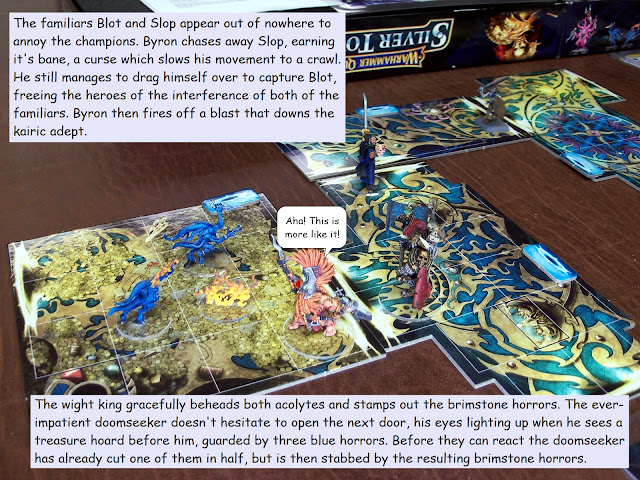 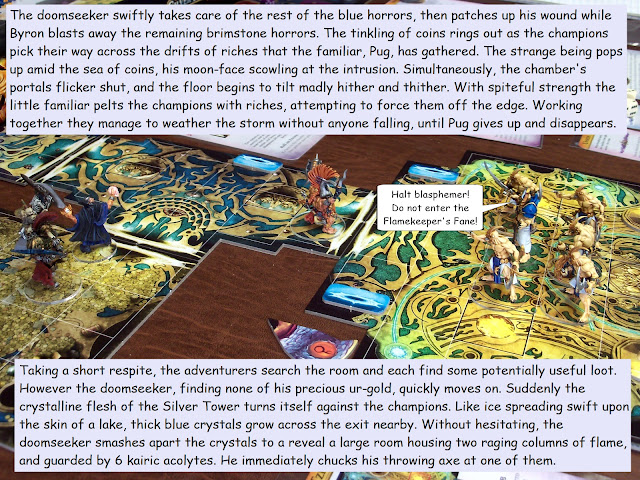 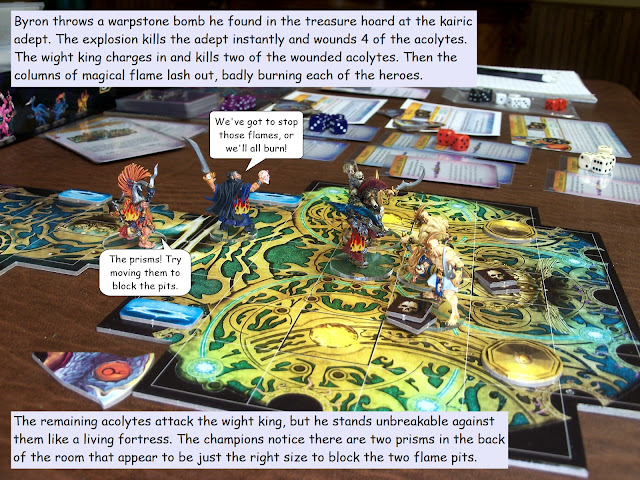 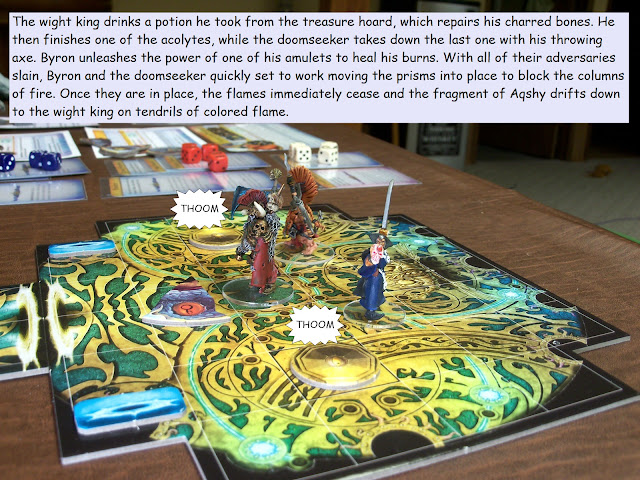 The doomseeker is still badly injured from the lashing flames, but the wight king and Byron are fully healed, the wight king by a magical potion and Byron by tapping into the power of one of his amulet fragments to heal himself. Byron realizes that, since the doomseeker saw him use one of his amulet fragments this way, the fyreslayer might realize their value and covet their power. Byron and the wight king, therefore, take advantage of the opportunity to rid themselves of the badly wounded dwarf.
Now, only one more amulet fragment remains before the champions can confront the gaunt summoner with its true name and force it to grant their request. The only missing piece is the fragment of Ghur. Now that the wight king has four of the fragments, and Byron only three, the necromancer knows it is critical he obtain the final fragment for himself, in order to maintain a balance of power when it comes time to use the amulet against the gaunt summoner.
Posted by Craig Welter at 8:00 AM