My gaming group and I are currently in the middle of a Warhammer Fantasy map based campaign, using the Mighty Empires map tiles with campaign rules I came up with myself. You can read my map campaign rules in a previous blog post here.

The campaign ended up having four players (at least until recently, when one had to drop out). The campaign map below shows the positions of each player's base of operations, their armies, and all of the towns and villages in the area with their names labeled. Click the picture for a larger version. 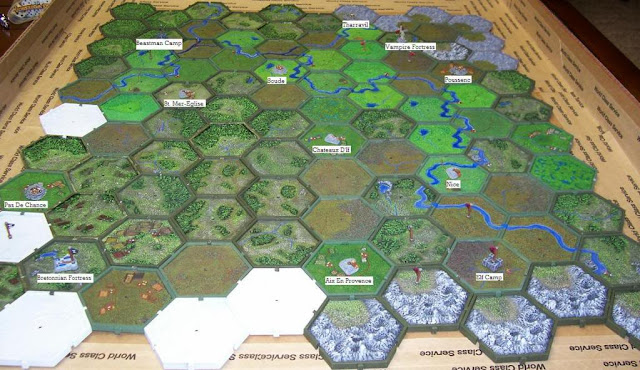 In the coming weeks I'll be posting the background we wrote up for the campaign for each of these factions. After that, I'll start posting updates on how the campaign has progressed so far and continue to its conclusion.
Posted by Craig Welter at 8:00 AM