I've recently been converting some Renegade Imperial Guardsmen to use as veterans and command squad members for my army. I've decided that instead of doing the cliched chaos renegades, that my Renegade Imperial Guard army will have been condemned by Imperial authorities because of illegal and heretical contact with aliens and alien technology. The leader of the army was supported in his rebellion by a cult dedicated to learning about and using forbidden alien technology. And, most heretical of all, they are even rumored to be studying alien races in an attempt to improve humanity, perhaps even through genetic engineering, thus tainting pure human DNA with that of filthy xenos.
The Imperial Nobleman leading these renegades had plenty of time in his life of leisure to study and become curious about various alien races. His curiosity led him further and further into heresy as he used his connections to obtain more heinous tomes of information about various xenos, eventually even acquiring various artifacts and weapons of alien design and manufacture. With the resources to travel with Rogue Traders, he couldn't resist the opportunity to eventually even meet and trade directly with various races of aliens, thus acquiring bizarre and forbidden advanced alien weaponry. In the process, his followers and other noblemen were eventually drawn into his obsession with alien species, and what essentially amounts to a cult developed with the aim of improving and advancing mankind through understanding of alien technology and biology.

When the nobleman made his eventual grab for power, attempting to seize control of his home world from it's recognized Imperial ruler, his coup was fully supported by the xenos cult he had created. Because of this, regardless of the outcome of the rebellion, his rule would never be recognized by the Imperial authorities. His association with xenos worshiping heretics, and the use in his army of forbidden xenos technology, made him a heretic.

To go along with this, I've converted my veterans and command squad members to have various alien weapons, representing either members of the cult who had acquired the weapons through the cult, or the favored followers of an officer who were gifted such weapons by their master.

Here are a few that count as having a laspistol and close combat weapon. One of these, which I will probably use as the sergeant of a veteran squad, is an outcast Eldar who has joined the rebels. 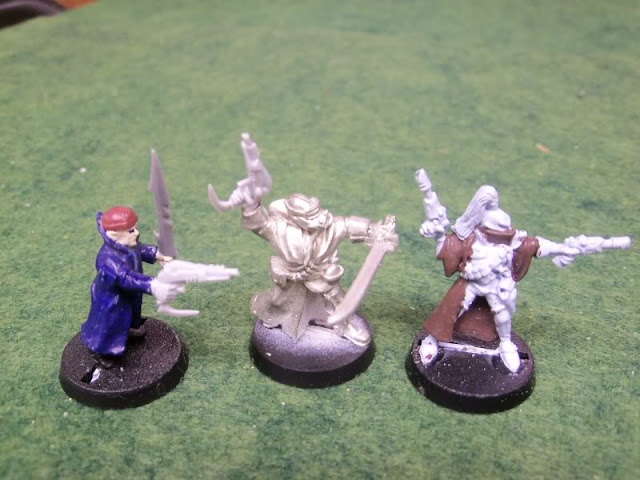 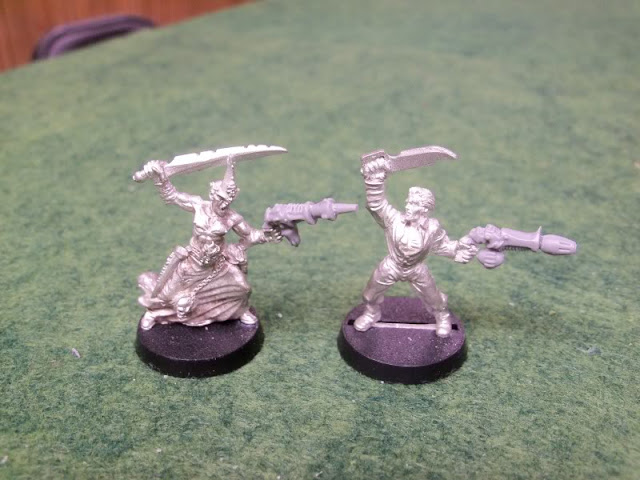 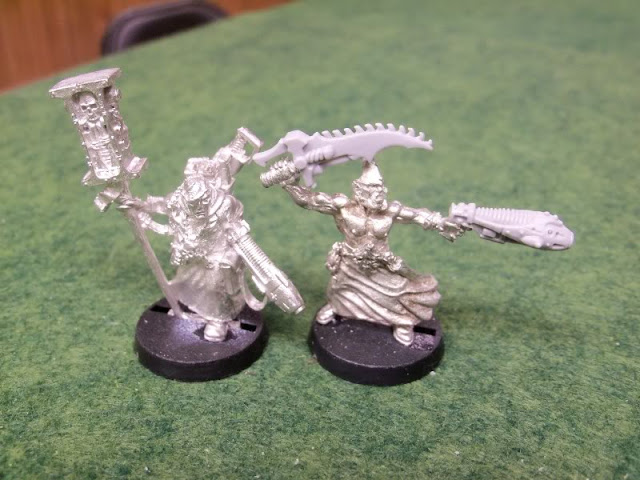 These two count as having grenade launchers. 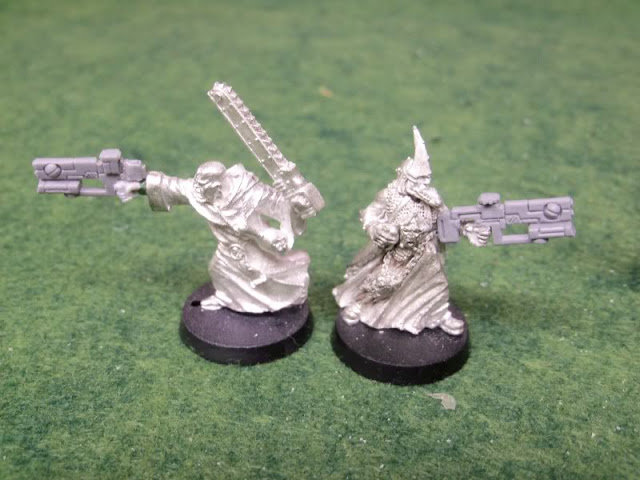 Here are the basic cultist/veterans who count as having lasguns. 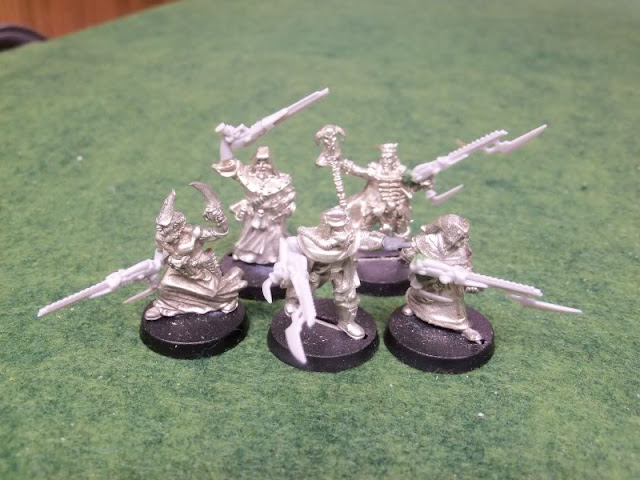