I had an old Space Marine Apothecary model that I've converted for use in my Chaos Space Marine army. My Chaos Marines have gone renegade relatively recently, so would probably still have things like apothecaries and techmarines. For the same reason, I didn't do much to make the model look very Chaos influenced, but I do like the sinister implication of the giant meat cleaver, and painting some blood stains on his loin cloth should add to the butcher-like appearance.

Since there are no rules for Apothecaries in the Chaos Space Marine codex, and I didn't want him to just be an ordinary marine or an aspiring champion, I gave him a flamer. It also seems applicable to his position, since he can use it to incinerate bodies after he's harvested the geneseed, or to destroy bodies that have some kind of contagion. I'm still trying to decide if I should add some horns or spikes or something that more obviously indicates he is a Chaos Marine. Let me know what you think. 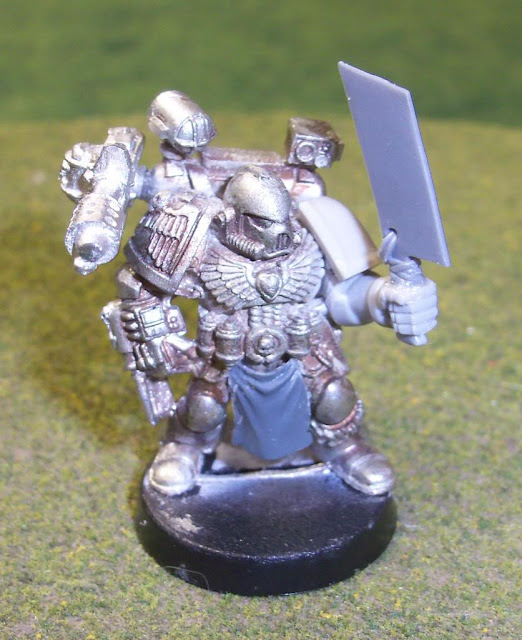 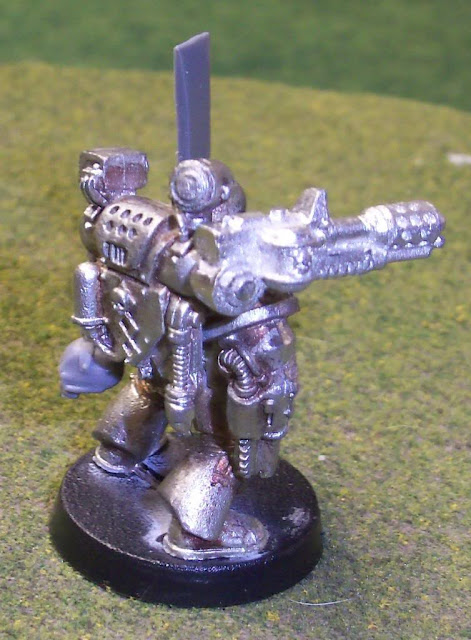 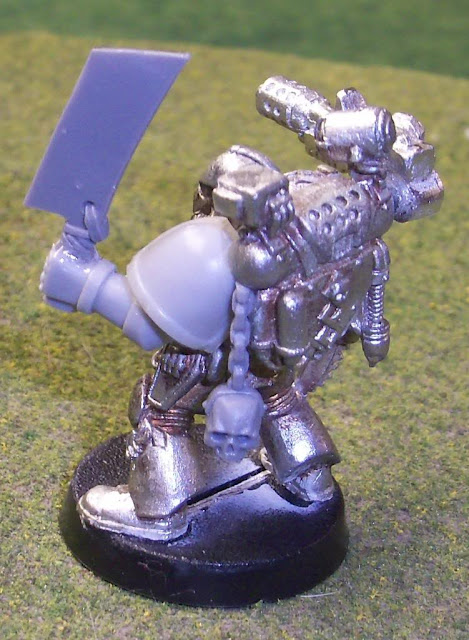 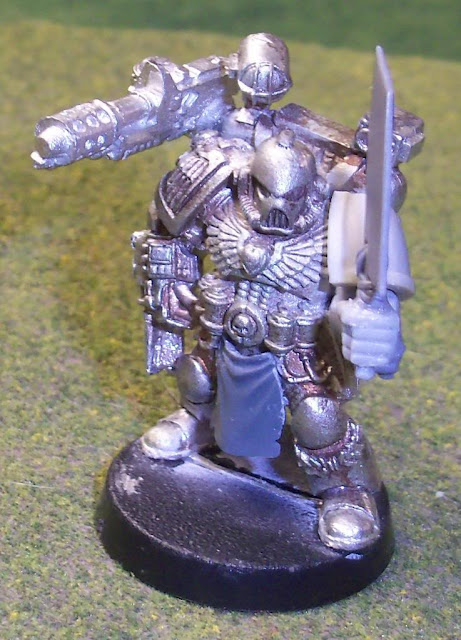