Our intrepid adventurers have already made one attempt to locate a rumored orc warboss operating near Mount Gunbad (which you can read about here). They intended to kill the orc leader and take his head back to a seer in Kislev. The seer has foretold of a new orc warboss who will, if left unchecked, rampage through Kislev with his growing band of followers. As a result, bounties are being paid for the heads of impressive-looking orcs and, undeterred by their prior lack of success, the warriors are hoping to cash in on the demand. Realizing they may have been closer than they had initially thought to discovering the local orc leader, the adventurers have returned to the dungeon they had started to explore near Mount Gunbad. 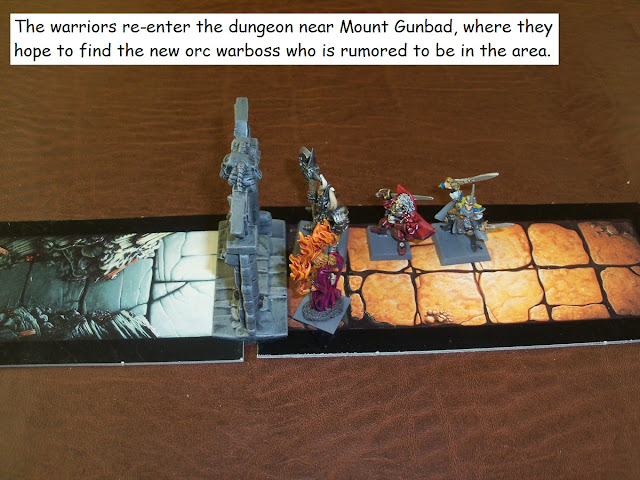 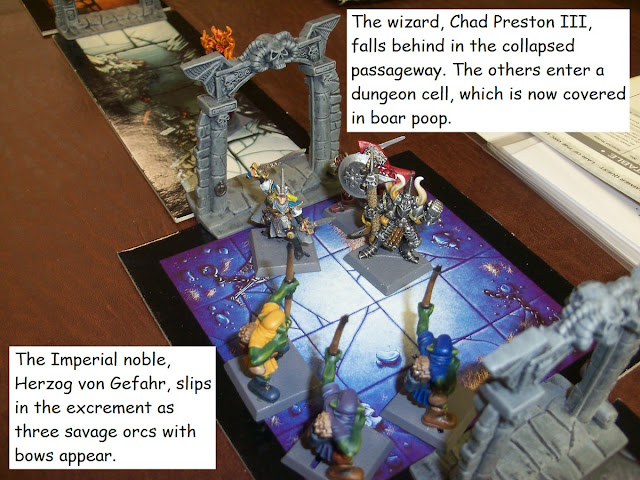 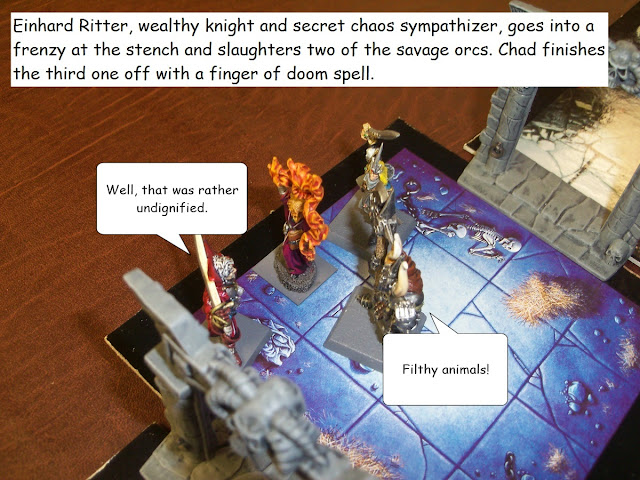 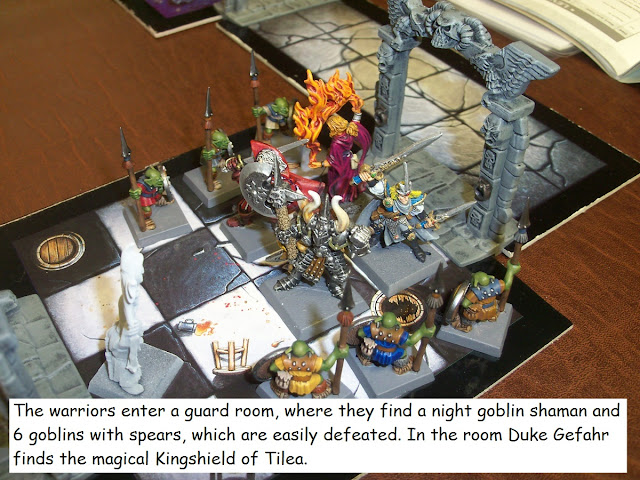 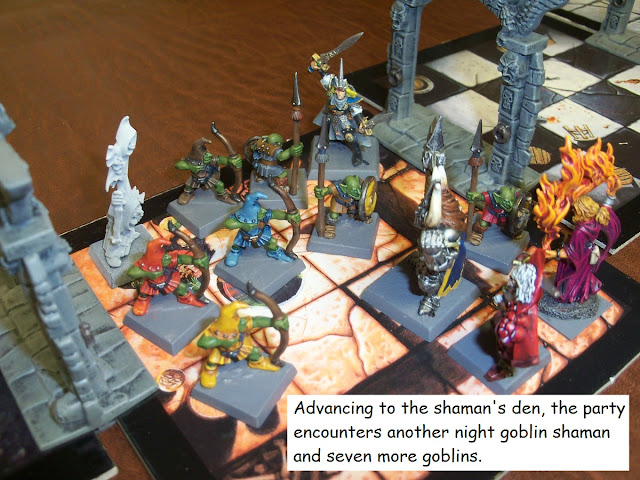 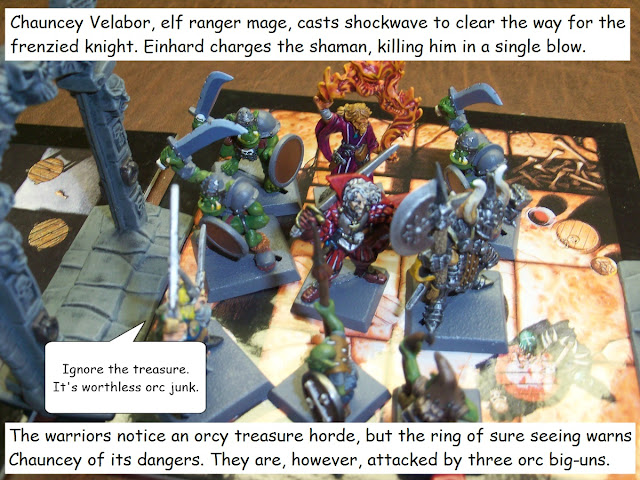 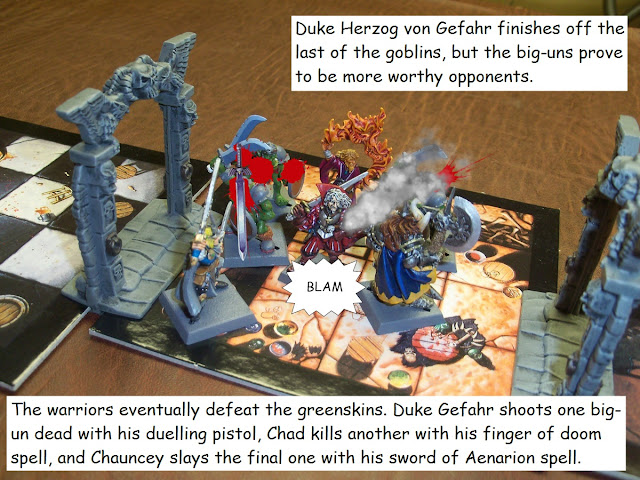 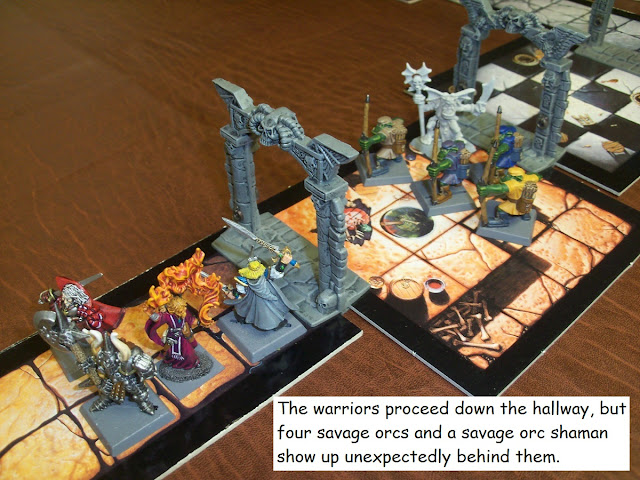 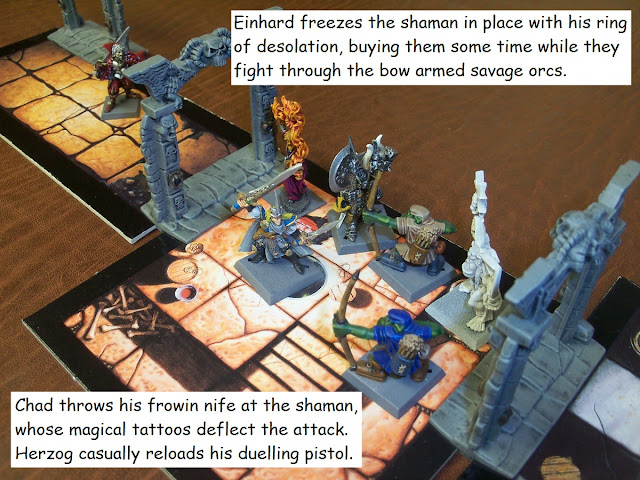 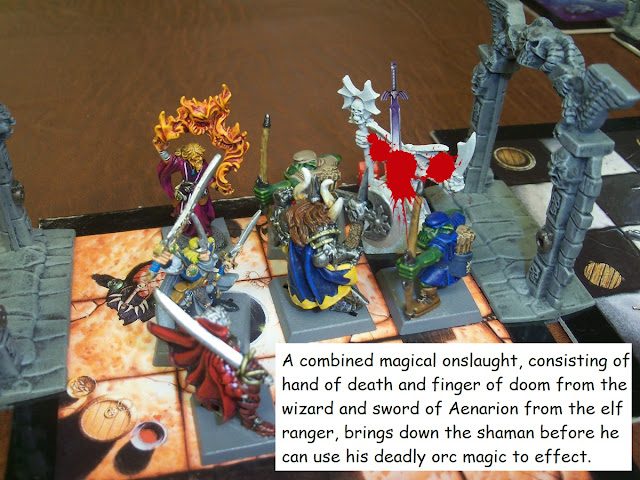 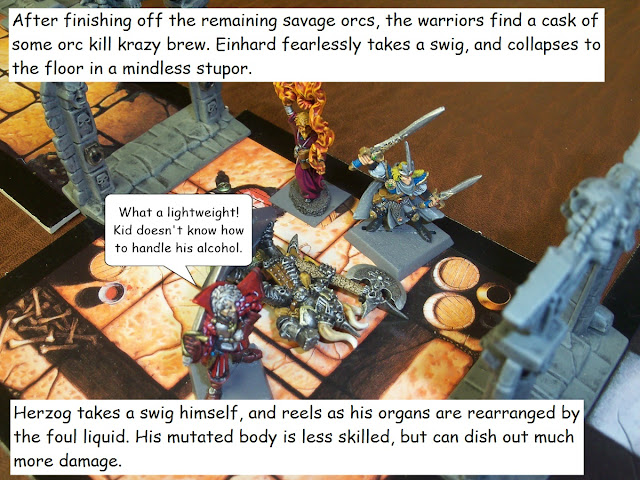 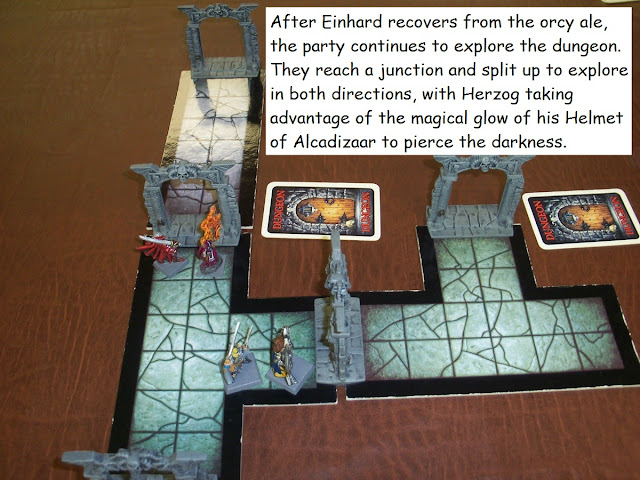 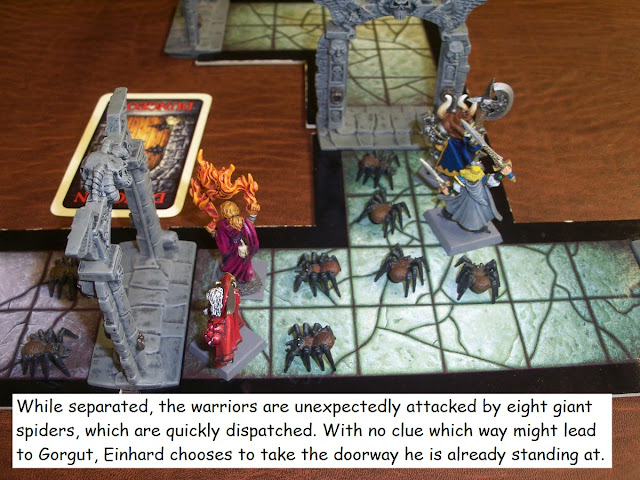 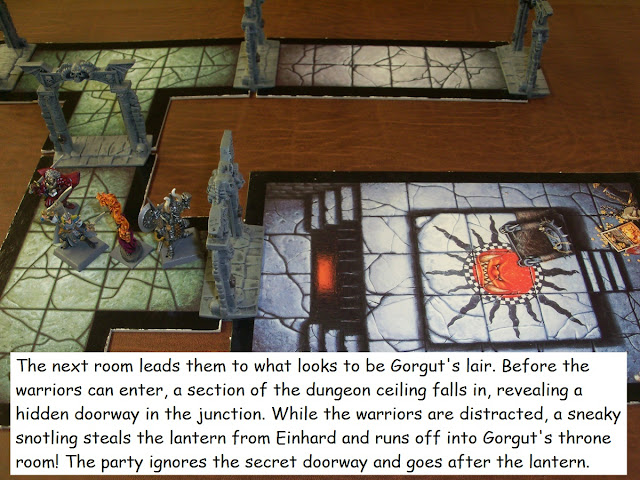 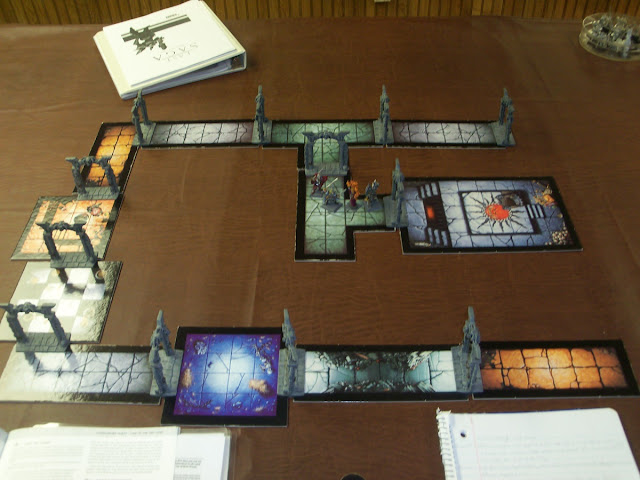 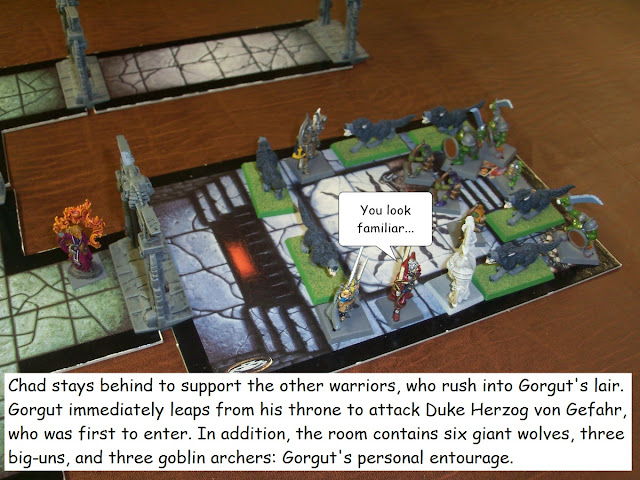 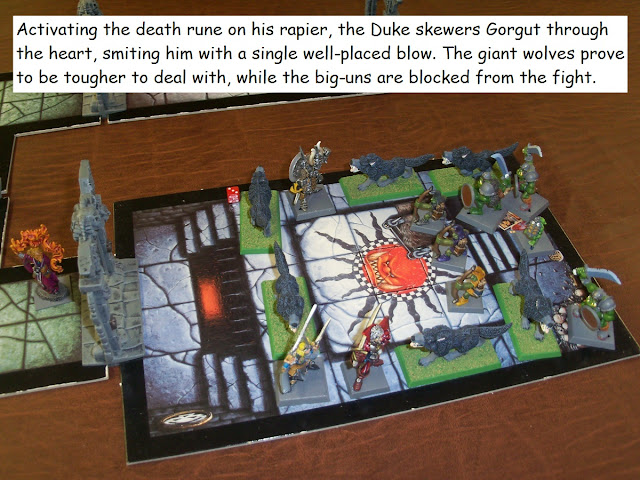 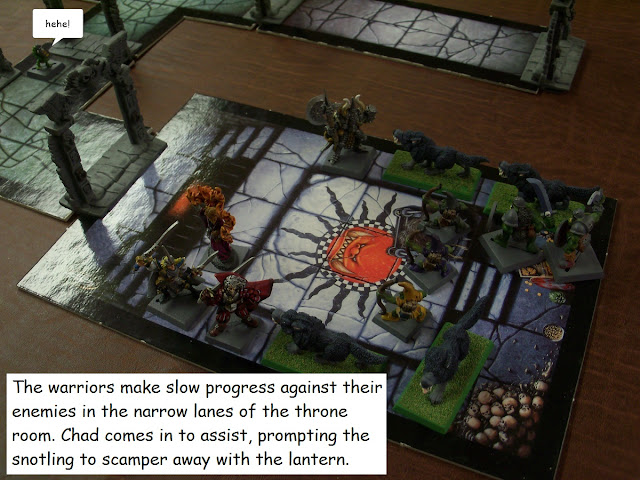 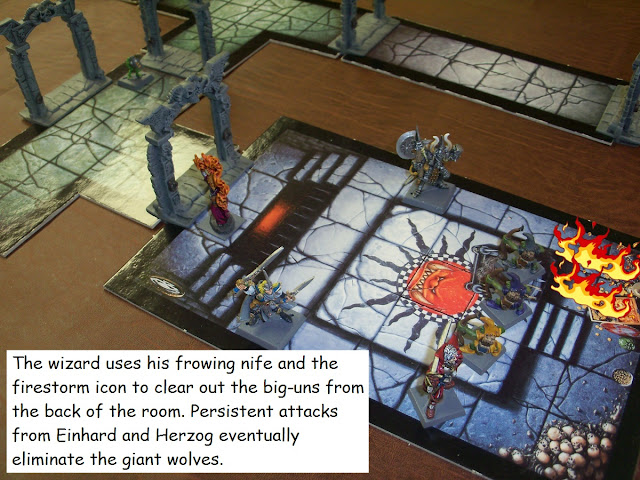 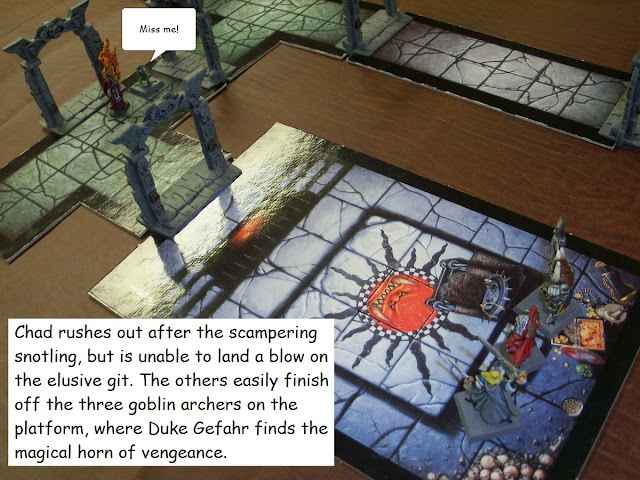 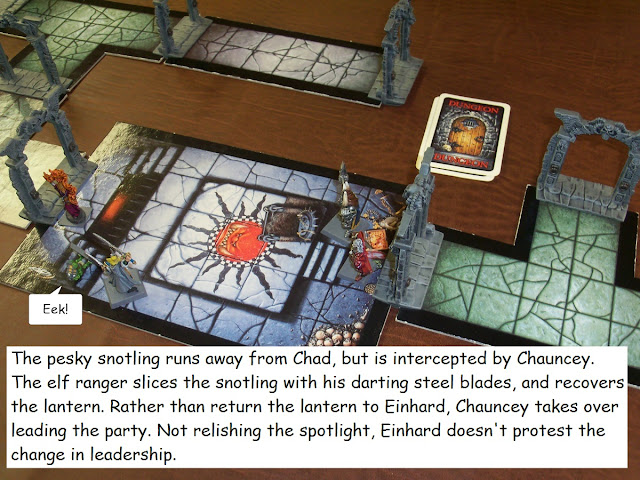 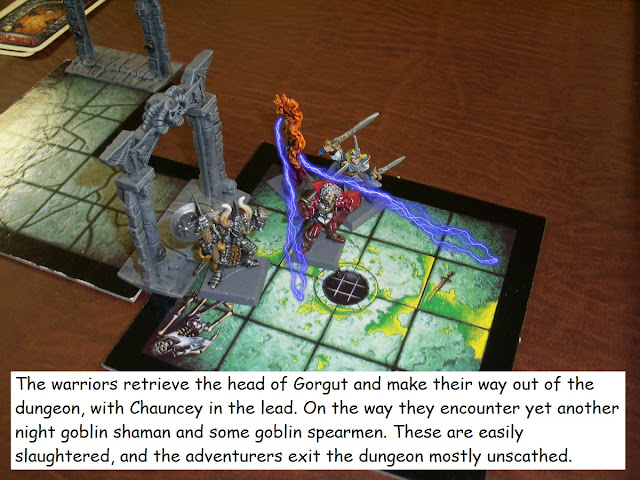 The warriors meet a stranger who says he knows a shortcut to the nearest city, but leads them instead to a village that has been hit by severe storms. In spite of the deception, the warriors take pity on the villagers and stay a week to help them rebuild their homes. A messenger is sent to Kislev with Gorgut's head. In Kislev, the messenger presents the head to the seer. It turns out to be the very head she saw in her vision, and the adventurers are rewarded with 600 gold each for ridding the empire of the foretold threat.
Posted by Craig Welter at 1:43 PM