Count Xuvorov's adventurous spirit has led him to travel throughout the Imperium, and even beyond, over the years. Some of these journeys have taken him to forbidden locations and into illegal and heretical contact with vile xenos species. In fact, after Count Xuvorov's successful uprising to overthrow the imperial governor of Beresinia, imperial authorities might have simply looked the other way (provided tithes still were made on schedule) if not for the rumors of the Count's fascination with xenos and his frequent illegal explorations.

Count Xuvarov often returns from his journeys laden with rare xenos artifacts or ancient human archeotech. On one such unsanctioned journey, he returned to Beresinia with more than he bargained for. A small Tyranid organism stowed away on a landing shuttle and was brought aboard the count's ship back to Beresinia, where it made its escape. Alone and bereft of the guiding presence of the Hive Mind, being beyond the reach of the nearest hive fleet, the creature was left to follow its rudimentary instincts.

The creature set about devouring any biomass it could find, while avoiding contact with Beresinia's inhabitants. Eventually it found a suitable nesting location in a long abandoned ruin, and began to hibernate. Over time it metamorphosized into Tyranid warrior, emerging into the ruins of the city of St. Basilovsk, now an active warzone. At night the warrior would creep through the ruins gathering the biomass of stragglers or small groups of refugees. The local populace came to refer to the mysterious monster that hunted them as the Nightmare Slayer.

In an abandoned ruin the Nightmare Slayer has been collecting biomass into a birthing pit to create more Tyranid organisms. It also began growing a synaptic node, to help in controlling the growing brood, but also hoping to eventually grow it large and powerful enough to regain contact with a distant hive fleet. The band of Tyranids continues rapidly, though stealthily, gathering biomass in order to grow their numbers and, most importantly, protect and feed the growing synaptic node. The fighting in St. Basilovsk is now drawing perilously close to their nest, and the Tyranids will do whatever it takes to drive the combatants away from the crucial synaptic node.

The growing Tyranid swarm has discovered the where the Salamanders have stockpiled some of their supplies for the covert campaign against the Beresinian rebels. A warrior called the Crimson Butcher by the terrified refugees of St. Basilovsk leads some of the Tyranids on a mission to capture the supplies and disrupt the enemy supply lines. They hope the attack will drive the Adeptus Astartes away from the hidden synaptic node, which must be protected at all costs. A scouting Salamander spots the approaching xenos, and the astartes arrive just in time to defend their supplies. 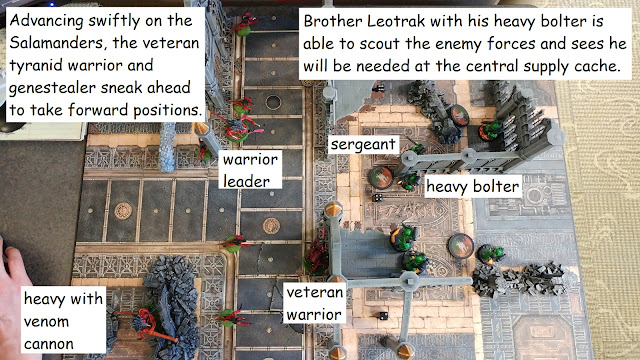 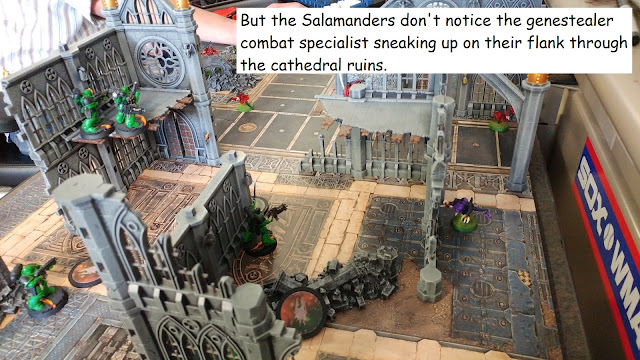 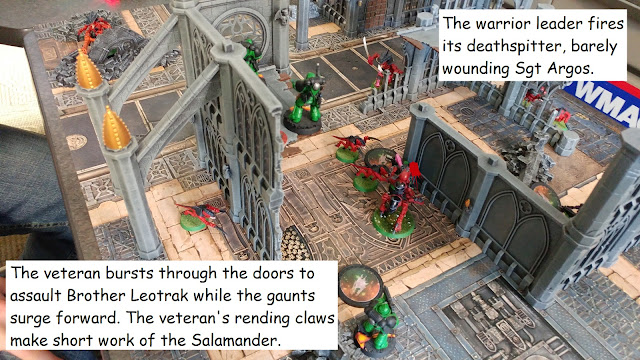 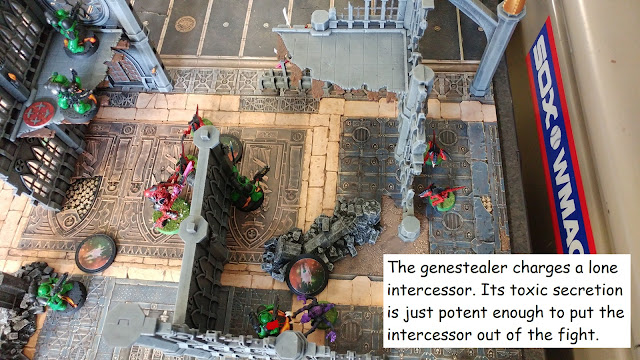 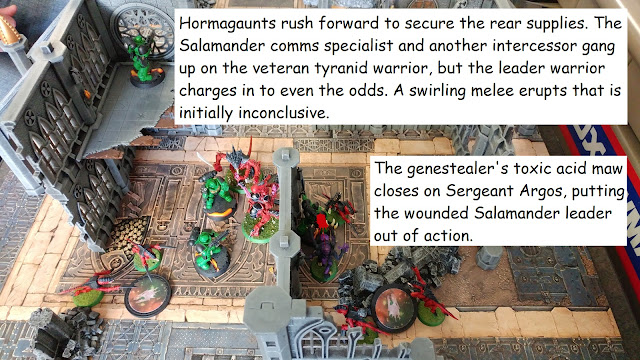 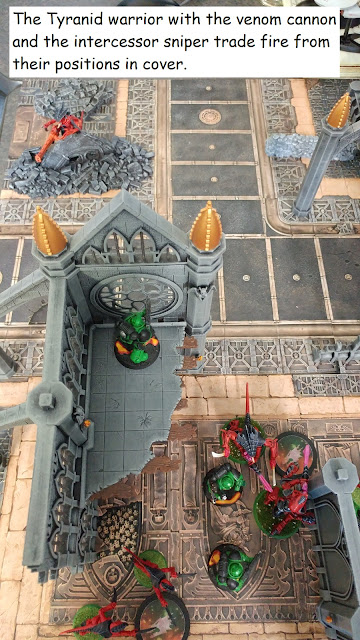 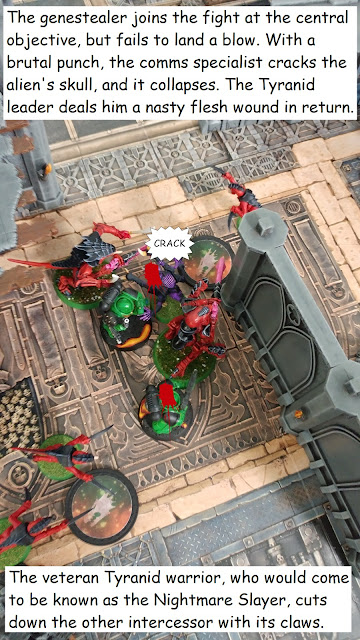 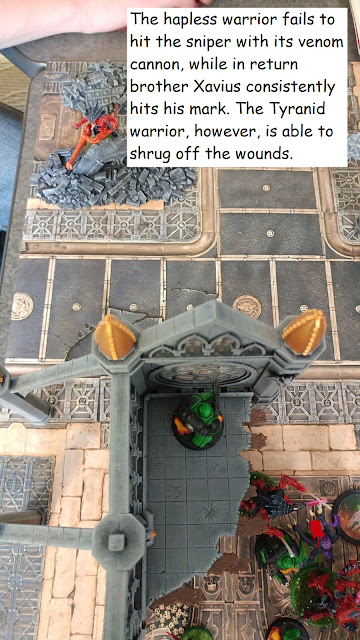 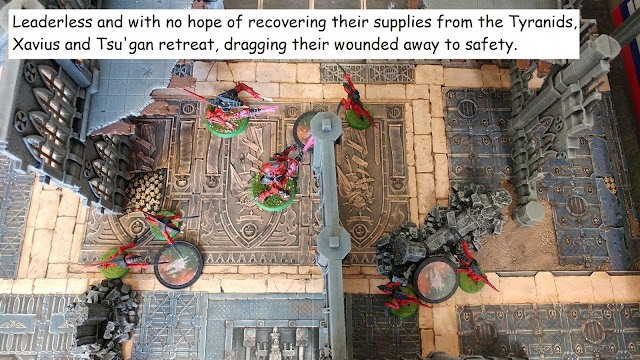 The Tyranids capture all of the supplies at this depot, as the astartes are forced to retreat. The genestealer perishes from mighty punch it received, but the Tyranids simply throw the corpse into their birthing pool to create a new one. All of the Salamanders are able to escape and fully recover, having gained some valuable experience, but the loss of materiel may eventually hinder their mission on Beresinia.
Posted by Craig Welter at 8:00 AM