The unrest on Beresinia has attracted all kinds of unwanted attention to the otherwise pedestrian feudal world. Since the planet has been in open conflict with Imperial authorities, several warbands of heretic astartes are taking advantage of the situation to make trouble for the hated Imperium of Man. One such group is a small warband of Emperor's Children calling themselves the Song of the Primarch. These devout worshippers of Slaanesh have come to Beresinia to fulfil some inscrutable task known only to themselves and their obscene god. In pursuit of their divine goal, aspiring champion Abdelis Thest has lead the kill team of Emperor's Children into one of Beresinia's many active warzones. The heretics are now operating in and around the city of St. Basilovsk, where loyalist forces are currently engaged with some of the Beresinian rebels, including the private army of Count Xuvorov.

Operating within the city deep behind enemy lines, Kutuzov's Rangers have been delayed in their mission to deliver vital intelligence to their army's high command. A kill team of the Adeptus Astartes caught up with them and blocked their path, forcing them to fall back. Having lost some territory to the space marines, the rangers are forced to seek another route to reach their destination. In the meantime, they have discovered the chaos-worshipping heretics of the Emperor's Children operating nearby. Knowing they are too dangerous to leave unchecked in their mysterious mission, Colonel Kutuzov sends Ensign Jimmy's kill team to strike directly at their leader, hoping to disrupt their (presumably) nefarious plans. 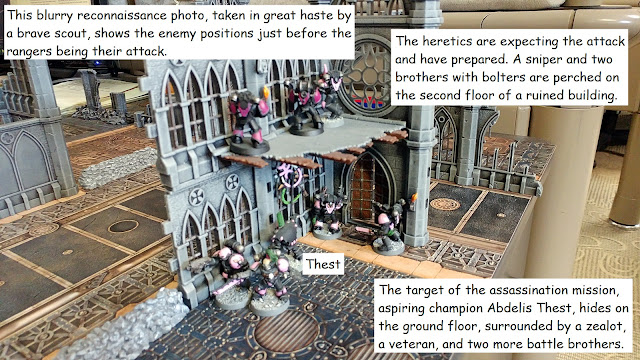 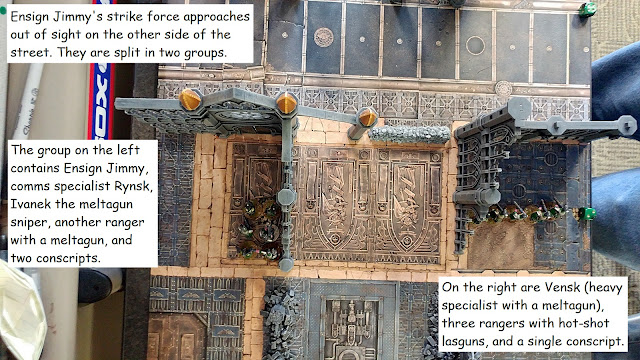 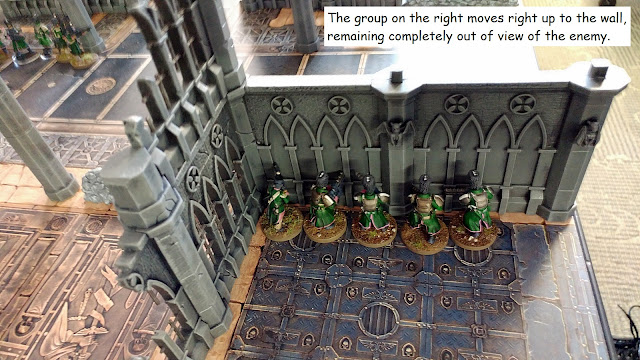 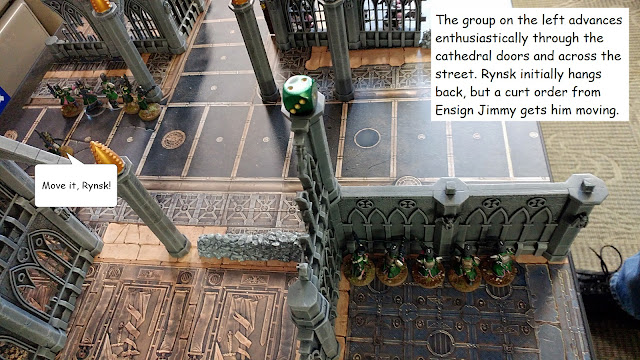 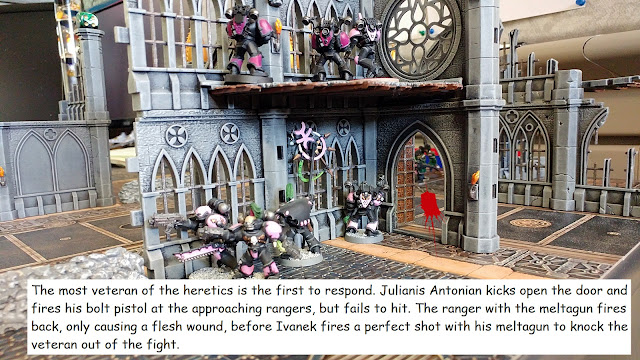 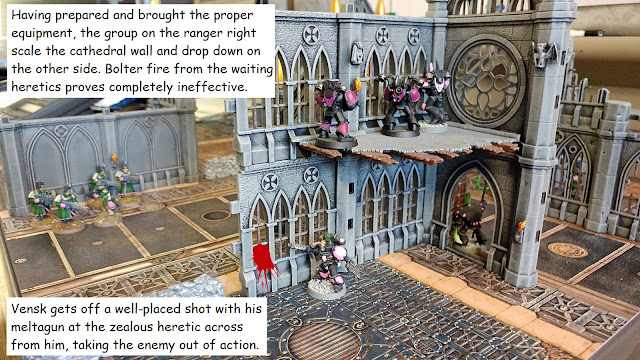 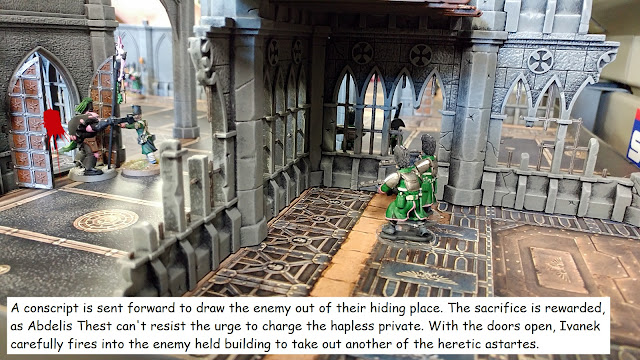 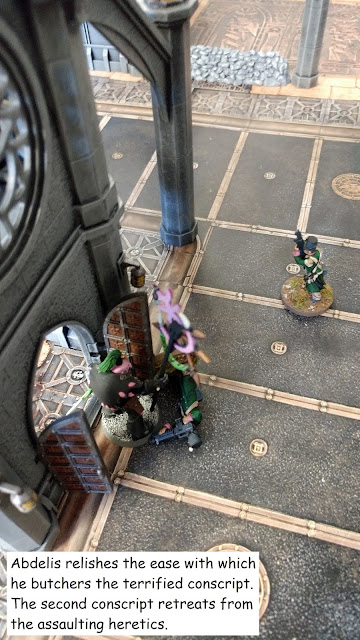 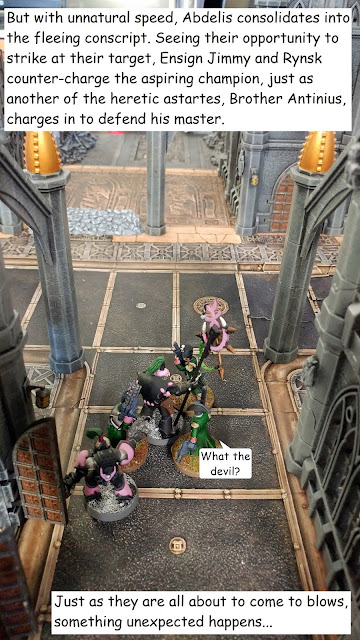 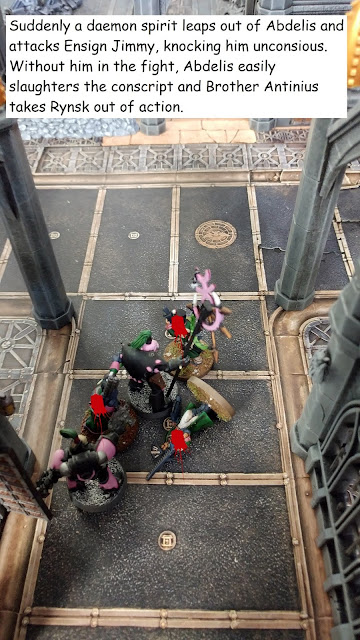 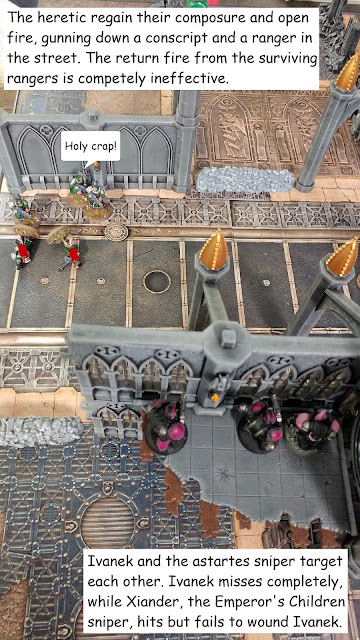 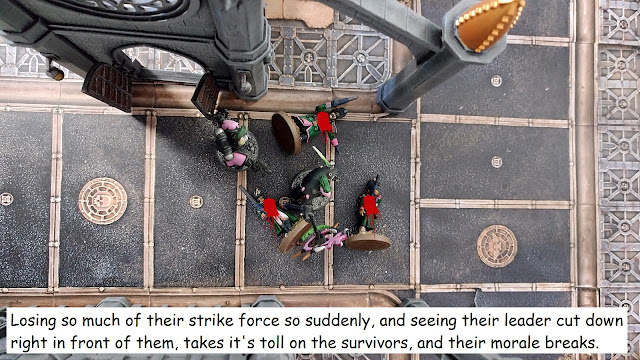 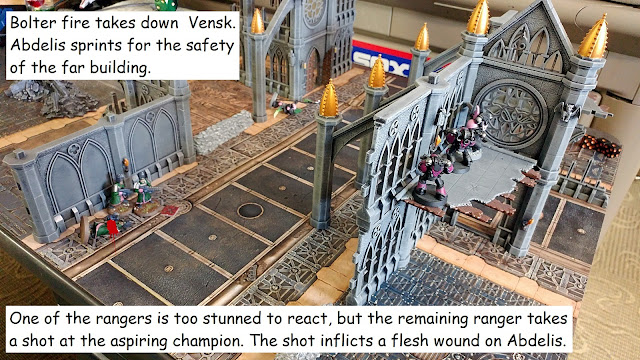 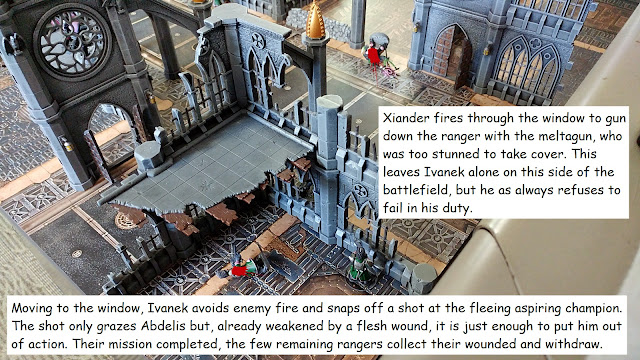 One of the conscripts dies of his injuries, having been thoroughly dismembered by Abdelis Thest in close combat. Ensign Jimmy and the rest of the casualties from his kill team make full recoveries. The target of the mission, the aspiring champion Abdelis Thest, also recovers from his injuries. However, his wounds do prevent him from actively leading his warband for a time. This disrupts their plans somewhat, decreasing their morale and their ability to gather good intelligence. Having at least delayed the immediate threat from the Emperor's Children warband, the rangers are free to resume their mission unhindered.
Posted by Craig Welter at 8:00 AM