Supply Raid
Side A is on the march, and with them is a column of their supplies. Side B has set up an ambush in order to capture or destroy the supplies.
Side A Forces
1 Infantry brigade
1 Light Cavalry brigade (may skirmish)
1 Commander in Chief
1 Convoy brigade. This consists of five bases, representing the supply train. Each base is treated as a separate unit in a brigade, and always counts as being in march column formation. They may receive orders from the Commander in Chief and can use their free move each turn for being in March column formation. They move as infantry. They will not fight, and if charged they count as being captured or destroyed.

Battlefield
The battlefield is 4’ x 4’. There is a road running from one side to the opposite side. On either side of the road are woods and high hills, so there will be plenty of hiding places for Side B. 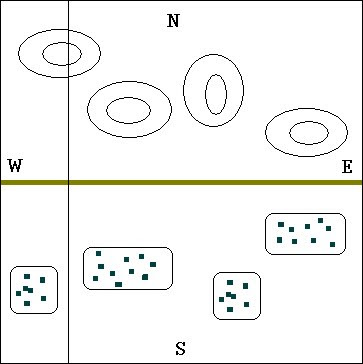 Deployment
Side A deploys his Cavalry brigade up to 24 cm onto one side of the table, with as close as possible to half of the units on each side of the road, and all within 24 cm of the road. Side B then deploys his Infantry brigade and commander anywhere as long as they are all at least 24 cm from any Side A unit. Side B’s Cavalry brigade is in reserve, attempting to move around and outflank the enemy. The Side B player must choose at this point from which table edge his Cavalry brigade will appear (simply number the sides, or declare them as North, South, East, and West, and have the player write his choice down somewhere to be revealed later).

First Turn
Side A has the first turn. On their first turn, their Infantry Brigade, their Convoy Brigade, and their Commander move on from their board edge, all in March Column formation. The Convoy Brigade must be on the road.

Reserves
Side B starts rolling for their reserve Cavalry brigade to arrive at the start of their second turn, at which point it arrives on the roll of a 6. On the next turn, it arrives on a 5+, the next turn after that a 4+, and so on, until it arrives automatically on the 7th turn. The units are not allowed to charge on the turn they arrive, but may otherwise act normally and arrive in any formation they wish. If they fail their command roll, they can try again the following turn without making another reserve roll.

Special Rules
Not Expecting Trouble – Until the alarm is raised (see below), Side A’s Infantry Brigade and Convoy Brigade may only move forward a single move along (or parallel to) the road. This happens in the Initiative Moves phase. Until the alarm is raised, Side A’s Cavalry Brigade units must stay on the side of the road they began on.
Raise the Alarm – The alarm is raised when any of Side A’s units has line of sight to and is within 36 cm of any of Side B’s units, or one of Side B’s units charges or shoots. A unit can only been seen through up to 12 cm of woods.
Posted by Craig Welter at 1:47 PM