There isn't much to say about these. I've painted up a couple of officers for the renegade Imperial Guard Warhammer 40,000 army I'm working on.
First up is the platoon level officer, the Lieutenant commanding First Platoon, Company A of the Palace Guard regiment. Officers, naturally, purchase their own uniforms and have some latitude in their design. This particular Lieutenant seems to have sprung for an unusually fancy uniform for someone of his rank. He must be either unusually wealthy or unusually vain. Since my Guard army is all wearing long coats, I figure it must be cold where they're from, so with these officers I tried to add the little touch of making their cheeks and noses look a little reddened. I'm not sure how noticeable that will be, though. 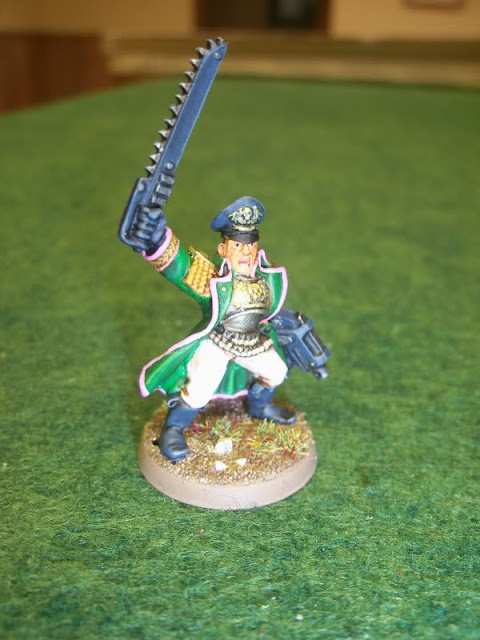 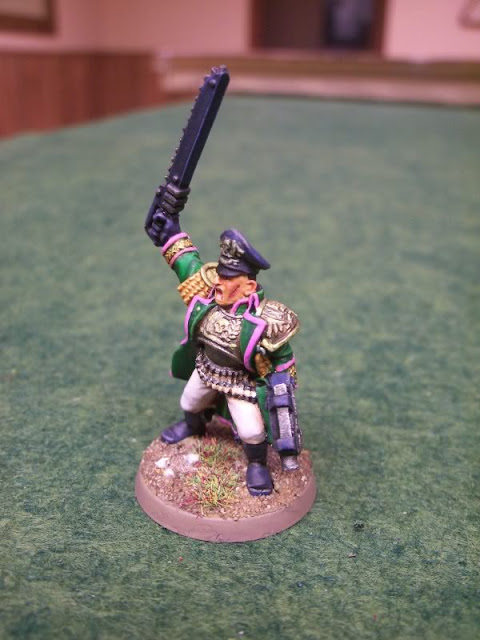 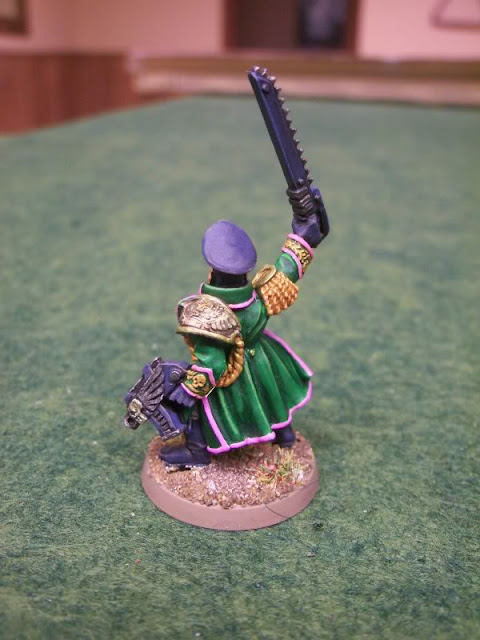 And here are some pictures of the Captain commanding Company A. He used to be a private in the cavalry, the sad fate of many youngest sons of noble houses who don't have the money to become officers. However, as a reward for a great act of gallantry, he was gifted an officer's commission as an Ensign. As there were no vacancies in the Cavalry, and because the possibilities for advancement are greater in the Infantry, he accepted an open position leading an infantry squad. Through his great heroism, he has since managed to work his way up to Captain. However, he has kept and still wears the pelisse from his cavalry uniform, either as a good luck charm, or maybe just for the extra warmth. Also, it's probably pretty valuable. 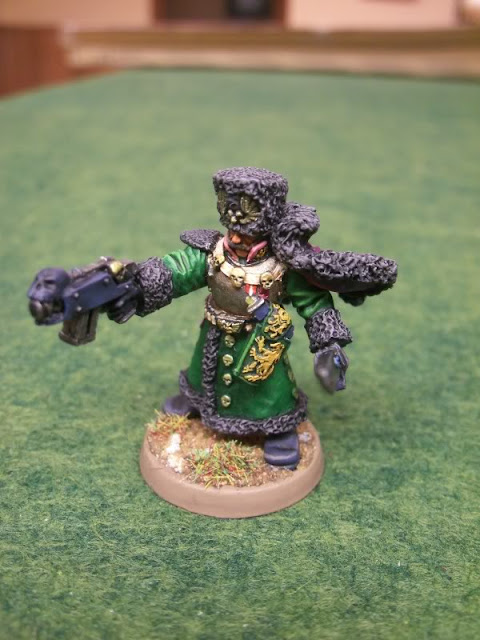 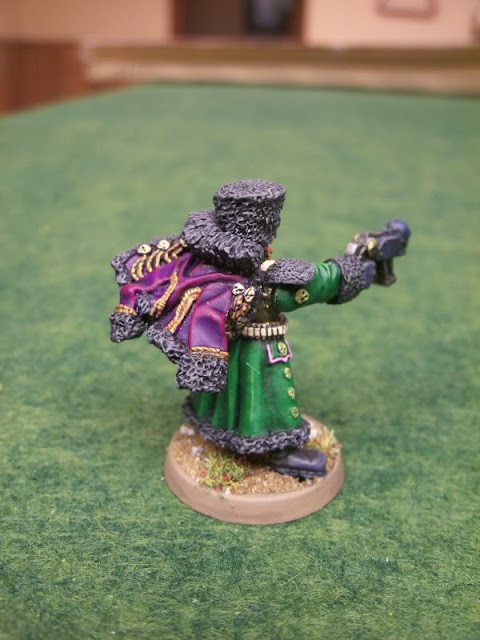 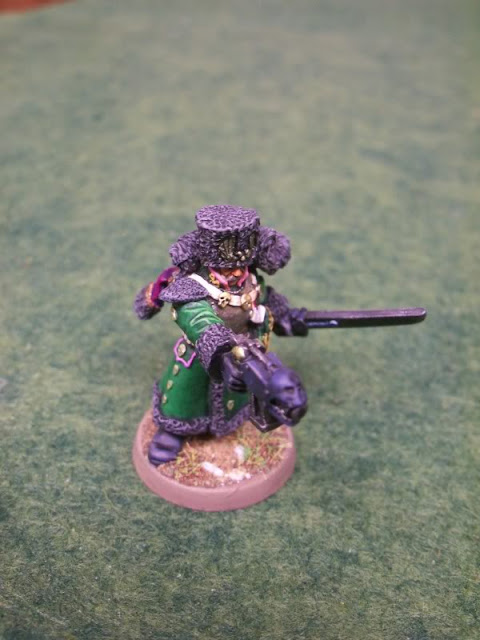 As always, let me know what you think. I welcome and appreciate comments, either on the painting or the background stories.
Posted by Craig Welter at 8:00 AM