I finished painting up my sample batch of the InkBiz 1:200 scale Napoleonic French infantry figures. You can read my previous review of the figures here. There isn't much to add to the review except that the details, like straps and turnbacks, stand out enough to be easy to paint.

Before I show the pictures, I should make it clear that I am by no means any sort of expert on Napoleonic French uniforms. In fact, I don't know much about them at all. So I'm not sure if I got these right. So if you do know something about Napoleonic French uniforms, please leave a comment and let me know what I got wrong on these. I did read somewhere that the color of the pom pom on the shako was different for each company, and I think the first company is supposed to be green. So I painted one base of the figures with green pom poms, and left the rest of the figures unbased with unpainted pom poms. 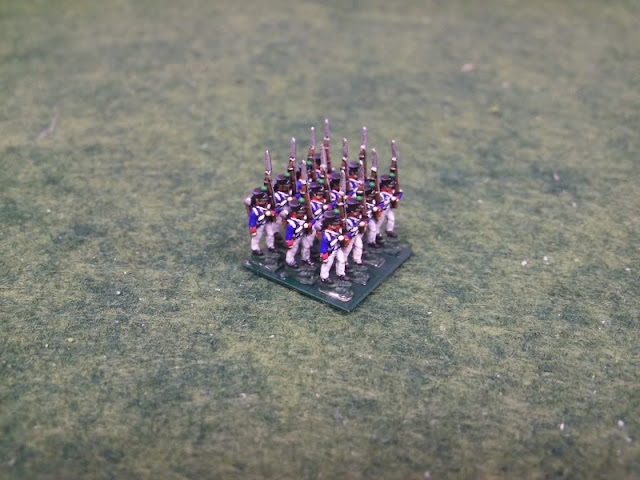 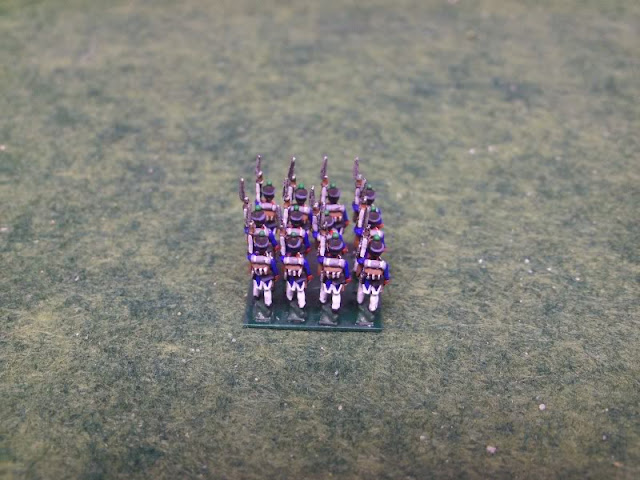 And here are a few more of the painted figures still on the painting stick. Since I haven't settled on basing, I have left most of the pom poms unpainted and haven't based most of them. I wanted to do at least one base, though, to show the great figure density that can be achieved. 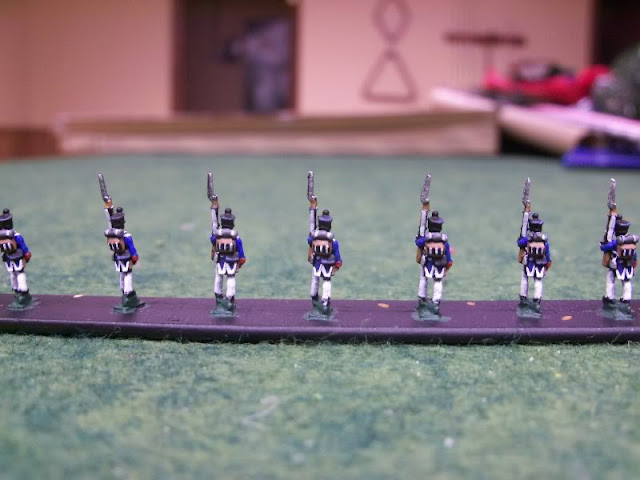 And here is the base of Napoleonic French next to a base of GHQ American Civil War Confederate infantry figures. They aren't actually that different in size, but the InkBiz figures have a bit of a base built into them that makes them sit higher. 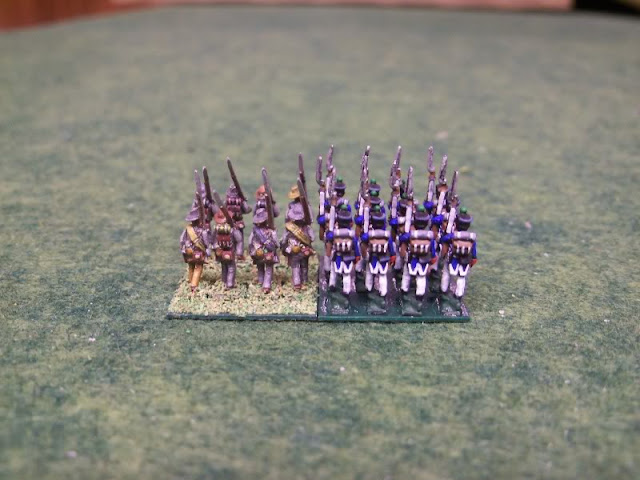 Comments on the painting style or accuracy are always welcome. I think they turned out pretty well, and painted up quickly since I was just going for a decent effect when viewing them on the gaming table. An entire army of them would certainly look great.
Posted by Craig Welter at 8:00 AM